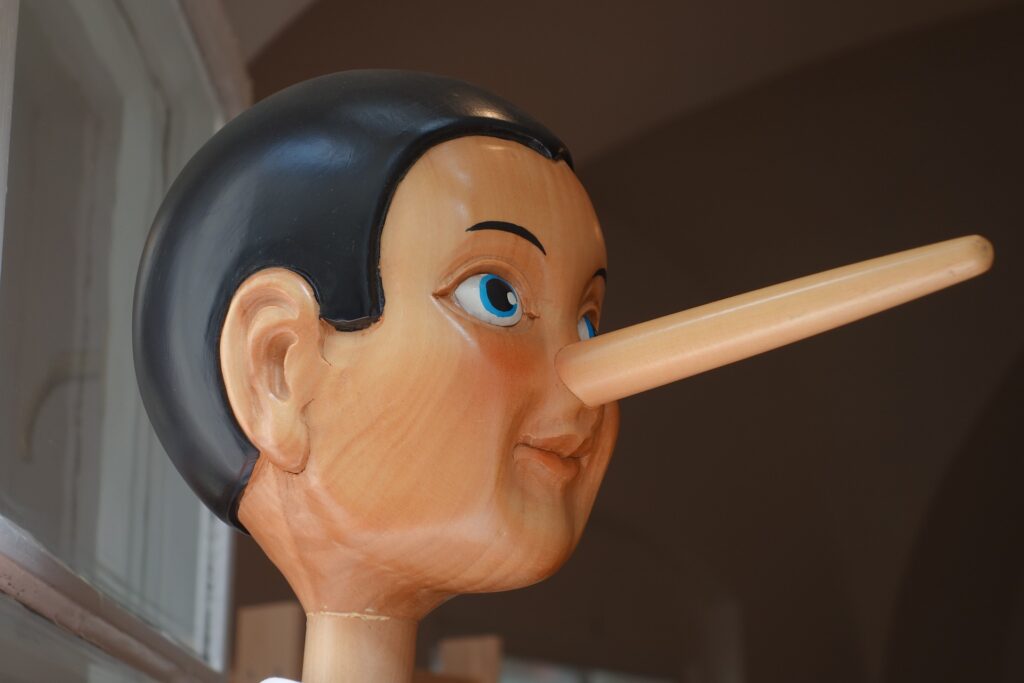 This narrative shows us that even the strongest among us struggle and fall. Abraham here lies. Moses was a murderer. David was an adulterer and murder. Paul was a persecutor of Christians.

Yet, Abram continued his struggle to be who God needed him to be. Eventually he got there. If you and I keep struggling, we can get there, too.

This passage presents a big faith challenge for Abram.

First, there is a famine in Canaan.

How will Abram and his family survive? If God is going to give Abram this land, couldn’t He stop a famine from coming?

Second, If Pharaoh takes Abram’s wife, what will Abram do?

How will he go on without his helpmate? How will God give him the many nations he’s been promised?

“Abram went down to Egypt to dwell there” (v 10). Notice that Abram did not simply go to Egypt to survive the famine—he went to dwell in Egypt. “Now there was a famine in the land, and Abram went down to Egypt to live there for a while because the famine was severe” (NIV). The point is that Abram’s faith is suffering a major lapse here. He plans on staying in Egypt a while instead of journeying on to the land God would show him. The Hebrew word is used elsewhere for stays of several years in duration and even permanent residences.

Should Abram have intended to stay for some time in Egypt? There seems nothing wrong in Abram’s seeking refuge in Egypt. The issue is that he apparently intended to remain in Egypt for many years.

Abram apparently made a quick transition from faith in God’s promises to doubt and fear. Is it not easy to move from faith to fear?

Famine was quite common in Palestine. Rainfall in the southern part of Palestine is only 4-12 inches per year on average. Abram has journeyed to “the South” (v 9). The Hebrew is Negev, which means “dry.”

Egypt, on the other hand, could count on the annual Nile floods to fertilize the land. Thus, Egypt was noted in Scripture for its abundant food crops (Deut 11:10). Egypt was often a place of refuge during periods of famine (e.g., Joseph and the Twelve Tribes).

Abram’s proposal is to act as Sarai’s brother. The purpose seems to have been for Abram to intercept any marriage proposals. In the Ancient Near East, there was an institution called “fratriarchy” where a woman without a father was protected by her brother who negotiated marriage.

Abram was simply protecting his life in this deceit. Is it wrong to lie to save our lives? Should we really die in order to keep from sinning? Hebrews 12:3-4.

Sarai was taken to Pharaoh’s house. Whether this was a voluntary taking or not, we simply do not know. But, Abram’s options would have seemed limited since Pharaoh is the one doing the asking.

We also do not know if there was a sexual relationship between Sarai and Pharaoh. That seems to have been the point of Pharaoh’s taking Sarai. God might have prevented that from occurring. However, Sarai was undoubtedly in Pharaoh’s harem.

Abram is treated very kindly by Pharaoh. He is given great livestock and servants. The gift of female donkeys and camels were particularly valuable.

Just because Abram is rewarded by Pharaoh does not mean that God approved of his actions. The great livestock are going to cause problems with Lot. One of the female servants seems to be Hagar (she was an Egyptian, Gen 16:3).

Therefore, this one sin is going to cost Abram dearly (and it’s just a little “white lie”). One sin can change the course of your entire life (even after God has forgiven you). How careful do we need to be with sin?

Once Sarai has been taken, “the Lord plagued Pharaoh and his house with great plagues.” This is the same Hebrew word used to describe the ten plagues God through Moses would later bring upon the Egyptians (Ex 11:1). This is also the term used to speak of skin diseases (Lev 13) such as leprosy (2 Ki 15:5).

Pharaoh calls Abram and Pharaoh is concerned about the breach of morality, not Abram! Are there times that the world is more concerned with morality than we are? How do we remain concerned about morality and God’s standards?

Pharaoh cast Abram out of Egypt in much the same way God cast Adam and Eve out of the Garden.