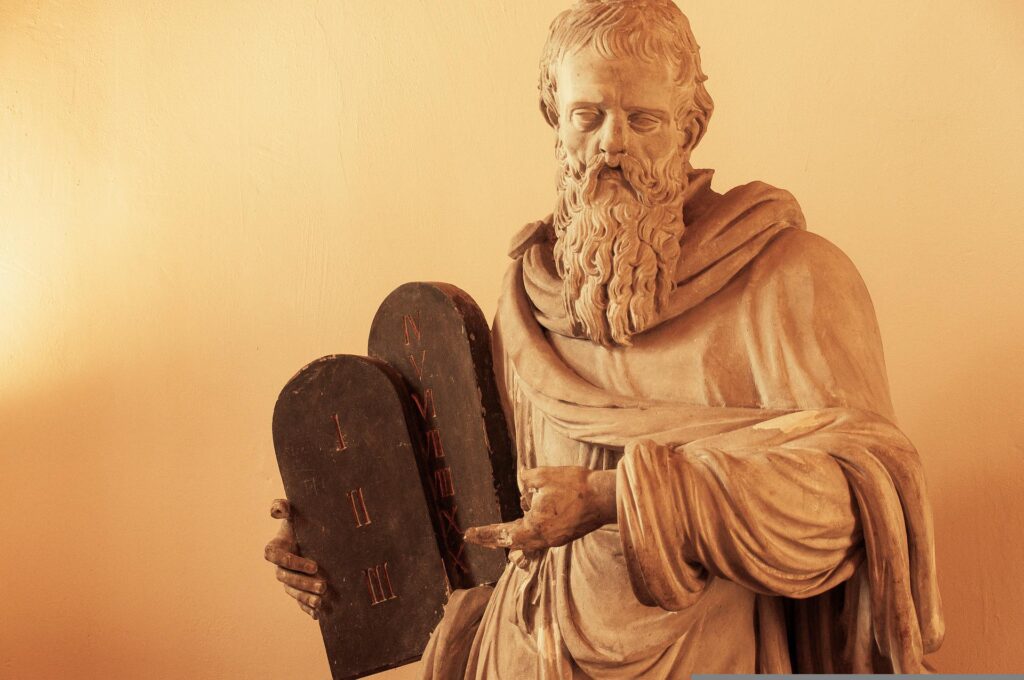 As Moses was tending his father-in-law’s flock, he came to Mount Horeb (more commonly called Mount Sinai). There on the mountain was a bush that was aflame but refused to burn; as Moses went in for a closer look, Yahweh spoke to him and told him to come no closer and revealed himself as “the God of Abraham, the God of Isaac, and the God of Jacob” (Ex 3:6). God then told Moses to go to the Egyptian king and demand the release of the Hebrew slaves so that Moses could lead them to “a land flowing with milk and honey” (Ex 3:8).

Moses didn’t want that job, and he told God that he just wasn’t the right person to go before Pharaoh. The Lord replied, “But I will be with you, and this shall be the sign for you, that I have sent you: when you have brought the people out of Egypt, you shall serve God on this mountain” (Ex 3:12).

The living God promised Moses evidence that he had indeed been called by God himself. God often used signs—a staff that turned into a snake or budded, a shadow on a sundial that turned back, and all the miraculous acts of the apostles. However, the sign for Moses was quite delayed—he would go to Pharaoh, he would (with divine power) send plagues upon Egypt, he would lead the children of Israel across the Red Sea, and he would begin moving Abraham’s descendants to the Promised Land. Then, and only then, would Moses return to Mount Sinai and “serve God” by receiving the Law.

Moses needed to act on faith before God ever game him the sign that he was the person specially gifted to bring the Israelites out of Egyptian bondage. You know Moses was a man of great faith: “By faith he left Egypt, not being afraid of the anger of the king, for he endured as seeing him who is invisible” (Heb 11:27). God proved his promise to Moses but only after Moses proved his faithfulness.

In the future, God will prove his promise but only after—and only if—you prove your faithfulness. Jesus Christ is coming again to gather all the faithful, living and dead, to himself. Jesus Christ will sit upon his throne and say to the righteous to come and inherit the kingdom prepared for them from the foundation of the world and to enter the joy of their Lord. Jesus Christ will open the gates of heaven for all his faithful. But only after you have proved your faithfulness.

Are you proving your faithfulness to God in full expectation of his great promises?