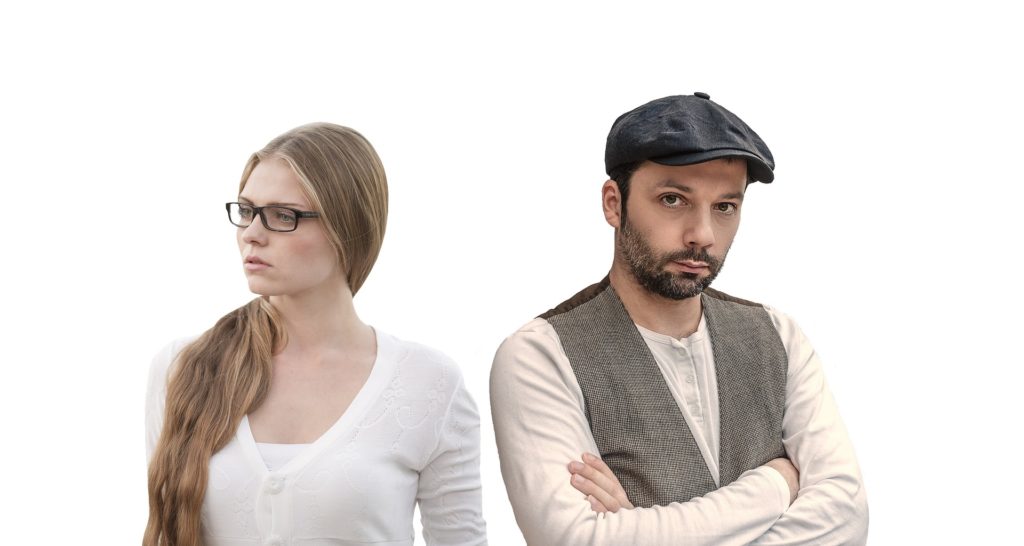 Looking Beyond Our Disagreements (Acts 15:1-35)

A congregation of the Church of God in Christ in Wichita, Kansas, has asked a court to stop four of the members from disrupting services. One of the church’s leaders says the four have run through the assembly moaning and shouting while he tried to conduct services. He alleges that they shut the preacher’s Bible while he was preaching, took the preacher’s microphone away, and hit him over the head with it. Police have stepped in several times, and the congregation has dwindled from 600 to 50 because of the trouble. Apparently, all the trouble started when a group wanted to gain control of the congregation.

Disagreements are bound to come in church work—prayerfully, our disagreements will be nothing as serious as that group in Wichita, but we are going to disagree. We might disagree over inconsequential matters of opinions. One elder and I used to teach each other over the way we understood the Book of Revelation. You might believe we need to have the Lord’s Supper before preaching to show its importance in the assembly, while I might think it best to serve the Lord’s Supper after preaching to discourage people from leaving the assembly.

But we might disagree of far more important matters of faith and practice. Some might say that we ought to make the Lord’s Supper “more special” by only eating on special occasions. Some might say that baptism really isn’t all that important, that it doesn’t really have that much to do with salvation.

What hall we do when we disagree?

That an important question because the Bible condemns disagreements. “I appeal to you, brothers, by the name of our Lord Jesus Christ, that all of you agree, and that there be no divisions among you, but that you be united in the same mind and the same judgment” (1 Cor 1:10). “If there is any encouragement in Christ, any comfort from love, any participation in the Spirit, any affection and sympathy complete my joy by being of the same mind, having the same love, being in full accord and of one mind” (Phil 2:1-2). Since we are going to disagree and are instructed to be “of one mind,” what should we do when we disagree?

In Acts 15, Paul and Barnabas provide us a wonderful example of how to handle disagreements. Some men came from Judea saying, “Unless you are circumcised according ot the custom of Moses, you cannot be saved.” Paul and Barnabas knew better, and they disagreed greatly. We read, “Paul and Barnabas had no small dissensions and debate with them.” What’s going to happen when Paul, who greatly believes in unity, has a great debate with other brethren? Paul is going to listen.

Paul Listened to the Source, vv 2-5

Paul and Barnabas wanted to discover what was truly taking place. The Judaizers came from Judea; the apostles are living in Jerusalem. Is it possible that the apostles—in full authority—sent these men to Antioch? It seems quite obvious that some did believe these men came with apostolic authority. In the letter the Jerusalem church sent to Gentile believers, they say, “We have heard that some persons have gone out from us and troubled you with words, unsettling your minds, although we gave them no instructions.”

The church at Antioch wasn’t content to take the Judaizers’ word for the word of the Lord. Instead, they sent Paul and Barnabas to Jerusalem to find out what the apostles had taught.

Instead of acting on rumor, Paul and Barnabas listen to the source to discover the truth. The brethren at Antioch could have believed what the Judaizers declared and have been led into error. They might have known the truth but believed the brethren in Jerusalem believed error and segregated from the brethren there.

When there is a disagreement, we need to be careful that we don’t act on rumor. Listening to rumor can have disastrous consequences. Jacob suffered for years because he listened to a story about Joseph’s death by wild animals. Jeremiah suffered greatly because of a rumor: “When [Jeremiah] was at the Benjamin Gate, a sentry there named Irijah . . . seized Jeremiah the prophet, saying, ‘You are deserting to the Chaldeans.” And Jeremiah said, ‘It is a lie; I am not deserting to the Chaldeans.” But Irijah would not listen to him, and seized Jeremiah and brought him to the officials. And the officials were enraged at Jeremiah, and they beat him and imprisoned him in the house of Jonathan the secretary, for it had been made a prison” (Jer 37:13-15). The officials listened to rumor, and Jeremiah suffered greatly.

Unfortunately, some brethren will lie. But most brethren won’t lie, but some may get facts mixed up We must be certain, therefore, that we have our facts straight and that we listen to the source.

Aesop says that there were four bulls which were great friends. They went everywhere together, fed together, and laid down to rest together, always keeping so close to each other that if any danger was near they could face it together.

There was a lion who was determined to have them, but he could never get at them one-by-one. He was a match for any one of the bulls alone, but not for all four at once. However, he used to watch for his opportunity, and when one lagged the least bit behind the others as they grazed, he would slink up and whisper that the other bulls had been saying unkind things about him. He did this so often that the four friends became uneasy. Each thought that the other three were plotting against him. Finally, there was no trust between the four and they went off by themselves. The lion was then able to kill them and make four good meals out of them.

Satan wants nothing more than to get us off by ourselves and make a good meal out of us. If we do not seek to get the truth behind a rumor, Satan may be able to sow the seeds of distrust amongst us. Let us be careful that he has no such opportunity!

When the church came together, wise men spoke.

Peter was the first to speak. God chose that the Gentiles should hear the word through his mouth. God gave the Gentiles the Holy Spirit. In so doing, God made no difference between Jews and Gentiles. God doesn’t require all the commandments of the Law of Moses be placed on the backs of Gentiles. God will save Jew and Gentile alike.

Paul and Barnabas spoke second; they told all that God had told through them. The words of Peter and of Paul and Barnabas should have been more than sufficient to end the argument. They made clear what God intended. Any wise person would have listened intently to such counsel.

There are two reasons listening to sound judgment is important.

James, the Lord’s brother, stood up and appealed to the authority of Scripture. James again mentions that Peter has shown that God has accepted the Gentiles. But James demonstrates the authenticity of Peter’s experience by quoting Scripture. James quotes the words of Amos to show that Peter is correct. Since God had spoken through Amos, there wasn’t any need to trouble the Gentiles any further.

The church at Jerusalem sent two men to Antioch with a letter. The church explained to the brethren at Antioch that they had not sent men authorized to bind circumcision. This letter also explained that the brethren should stay away from certain pagan practices—in the context of this letter, this likely is an attempt to keep peace between Jew and Gentile Christians.

Here’s the point: There was a disagreement between the Jews and Gentiles. The church at Jerusalem did not leave the issue unresolved, but they listened to a sense of duty and put the matter to rest. So many are prone to sweep disagreements under the rug and never mention it again, while the hard feelings continue to fester.

It’s far better to listen to a sense of duty and resolve the issue. “If you are offering your gift at the altar and there remember that your brother has something against you, leave your gift there before the altar and go. First be reconciled to your brother, and then come and offer your gift” (Matt 5:23-24). “If your brother sins against you, go and tell him his fault, between you and him alone. If he listens to you, you have gained your brother” (Matt 18:15).

Let us use a sense of duty to end disagreements with our brethren.

Conflicts amongst God’s people need to be resolved so that God’s work can go forward against the armies of Satan.

Do you need to come tonight and resolve your sin problem?