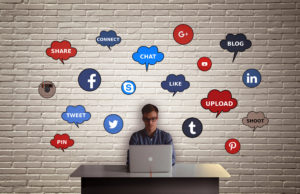 The Christian and Social Media

I joined Facebook on November 9, 2007, because some friends from college urged me to do so that we might keep in touch with one another. Little did I know what I’d see.

During that time, I have had more than my share of disappointments. I’ve taught at two universities in our brotherhood, and I’ve seen my students post things I wish they hadn’t. From my students, I’ve seen pictures with half-naked girls, and I’ve seen pictures with underage drinking. I’ve seen Christians post profanity. I’ve read where Christians were running down the body of Christ and were bickering and gossiping. I don’t dare mention some of the other things I’ve seen and read on Facebook.

During that time, I’ve had a lot of “happy moments,” too. I was able to share when both of my boys were baptized into Jesus. Several years ago, my dad had a simple heart procedure that should have gone smoothly. An incompetent physician was doing the procedure, and Dad nearly died. In fact, Dad required emergency surgery after that procedure to save his life. I was able to ask my Facebook friends to pray for Dad. Those prayers may very well have been what saved my dad’s. Because of Facebook I have been able to become “friends” with brethren I have never met. Some of those brethren have become very dear to me.

It all depends on how we use Facebook and other social media.

What Should We Do?

Don’t whine about how hard your life is.

There are some folks on Facebook who do not know what a blessing is. They constantly whine and complain about jobs or parents or church or school; nothing is ever good enough for them. Sometimes I’d like to take people to Africa for a couple weeks so that they could realize how much they’re blessed.

We are never to murmur. We’re not to “complain as some of [the Israelites in the wilderness] did, and were destroyed by the destroyer” (1 Cor 10:10, NRSV). “Do all things without murmuring and arguing” (Phil 2:14).

Don’t use profanity. Ever.

There have been a few times I’ve had to talk to Christians about the language they use on Facebook. Sometimes it has been words that cannot be on television during primetime. Sometimes people reshare a photo, and the page that originally shared the photo has a name that I wouldn’t want on my timeline.

We must care about the words that come out of our mouths and those we type. “The good person brings good things out of a good treasure, and the evil person brings evil things out of an evil treasure. I tell you, on the day of judgment you will have to give an account for every careless word you utter; for by your words you will be justified, and by your words you will be condemned” (Matt 12:35-37). “Let no evil talk come out of your mouths, but only what is useful for building up, as there is need, so that your words may give grace to those who hear” (Eph 4:29).

Do not talk about others.

You know the posts I’m talking about. Someone says or does something that upsets you and you go to Facebook and air your grievances.

Pictures of you wearing what you ought not wear in public or pictures of breaking the law or abusing alcohol shouldn’t even be considered to put on Facebook. Of course, it would be far better not to do those things in the first place!

Just because you disagree with someone’s favorite sports team or politics or career path, there’s no reason not to be kind.

Kindness is a hallmark of Christianity. “Be kind to one another, tenderhearted, forgiving one another, as God in Christ has forgiven you” (Eph 4:32). “As God’s chosen ones, holy and beloved, clothe yourselves with compassion, kindness, humility, meekness, and patience” (Col 3:12).

Do not sound the trumpet.

A few years ago at Christmas, the congregation where I was preaching, donated gifts to a children’s home. I took pictures of our wrapping “party” and posted them to Facebook. My mom sent me a text and said, “Son, you shouldn’t have put those pictures on Facebook.” I said, “I’ve seen a lot of other congregations doing it. Why shouldn’t I?”

Simply put: I shouldn’t have posted those pictures because Jesus says I shouldn’t post them: “Whenever you give alms, do not sound a trumpet before you, as the hypocrites do in the synagogues and in the streets, so that they may be praised by others. Truly I tell you, they have received their reward. But when you give alms, do not let your left hand know what your right hand is doing, so that your alms may be done in secret; and your Father who sees in secret will reward you” (Matt 6:2-4). When you do good, don’t seek the praise of others; allow your Father to reward you.

We’re to act like Jesus in everything that we do: “To this you have been called, because Christ also suffered for you, leaving you an example, so that you should follow in his steps” (1 Pet 2:21). Yes, the context is Jesus’ suffering and Peter’s calling the Christians of the “Dispersion” (1 Pet 1:1) to suffer as did their Lord. But we cannot, I believe, lose sight of the principle Peter lays down: “Follow the example of Jesus.”