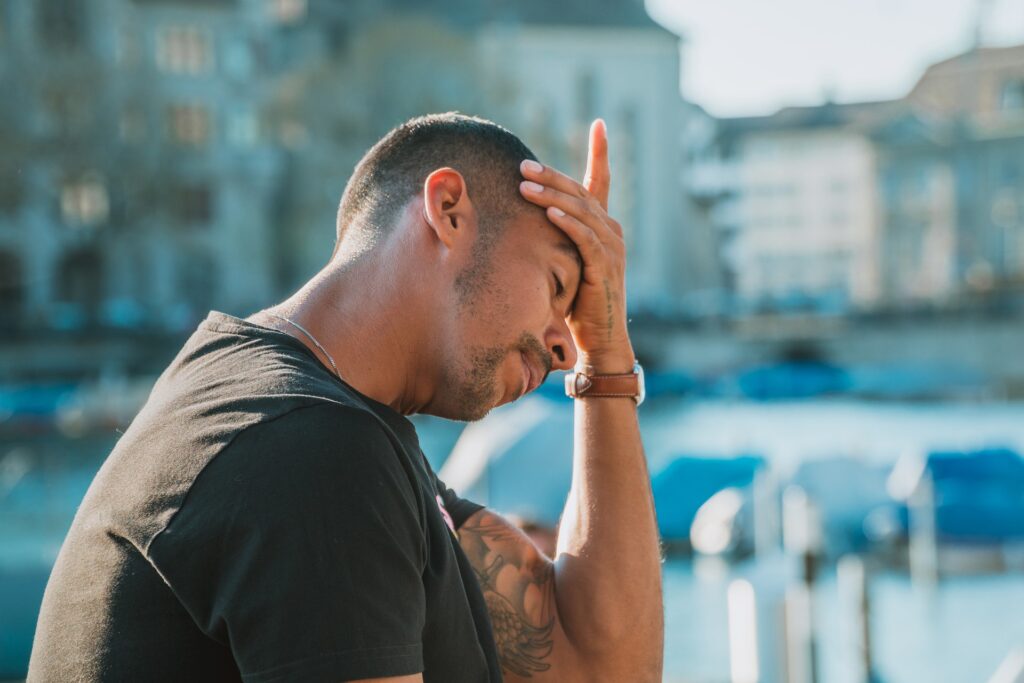 Anxiety causes many individuals to drop from active service. Savage studied active, less active, and inactive members in four suburban United Methodist Churches. Savage found a drop-out pattern where individuals move from active service to less active service and eventually leave the church. In Savage’s research, anxiety often began the process of moving one from active service. This anxiety comes in four forms: reality (anxiety based on actual events), neurotic (anxiety coming from thought patterns not anchored in reality; delusions often accompany such anxiety), moral (anxiety resulting from conflict between one’s behavior and what he believes his behavior should be), and existential (anxiety resulting from the reality of death). In the interviews conducted as part of Savage’s research, 95 percent of participants in the less active and inactive categories “could tell quite clearly what the event was, when it happened, and could express strong feelings about” the event which caused their anxiety. Three variables brought about anxiety to such intensity that individuals left the church: conflict with the minister, conflict with another family member, and conflict with another church member.

Anxious individuals attempt to resolve the anxiety. When anxious, congregants often provide verbal clues such as “It’s too much” or “It’s no use” or “I can’t take it anymore” to signal their apprehension. If no one offers to resolve the anxiety, congregants move from anxiety to anger; however, if the uneasy congregants find no resolution in their anger, they move further and further away from the situation where they center their anger. For example, Savage found 95 percent of active members serving on a committee but no inactive members serving on committees.

Individuals internalize the anxiety and anger in one of two ways. Some internalize the anxiety and anger through apathy, a feeling that nothing can change one’s predicament. Fifty-seven percent of the inactive members in Savage’s work did not call upon the church for her services. Apathetic congregants leave the church because they can find nothing outside of themselves to help solve their problems, but bored individuals leave the church because they can find no inner resources to deal with their difficulties. Instead of blaming others, bored individuals blame themselves for the problems at church and leave active service.

Drop-outs, whether they cease active service for boredom or apathy, usually wait six to eight weeks before reinvesting their energies in a new activity. “If no one from the church attends to their needs, they will re-engage their time and energy in other pursuits.” Savage discovered that about half of drop-outs invest the time and energy previously devoted to church work to community activities, and the other half devote themselves to family activities. Elders, therefore, cannot wait to call upon inactive members, but they must do so immediately. As soon as elders notice members moving toward inactivity, they must contact those members to seek appropriate reconciliation.

Lawrence Olson, professor of ministry and religion at Martin Luther College, replicated Savage’s study in Wisconsin Evangelical Lutheran Synod congregations in Arizona, Florida, Minnesota, South Dakota, and Wisconsin. While Olson’s work largely reached the same conclusions as Savage’s study, Olson’s work differed in one substantial way: only 33 percent of the inactive members in Olson’s study reported an “anxiety-provoking event.” Olson believes methodological differences in the two studies resulted in the different findings. Because Savage sent letters asking for participation, “it may be that only those inactive individuals who had a story to tell related to a specific anxiety-provoking event were motivated to respond, and thus the sample was, to a certain extent, self-selected.” In Olson’s study, on the other hand, the researcher sent a letter alerting individuals that a phone call would soon follow, but the researcher did not ask a response of the individual. Thus, individuals who dropped from active service for a variety of reasons participated in Olson’s work. Olson concluded, as this literature review reveals, “that the reasons for inactivity are more complex than what Savage discovered in his research.”