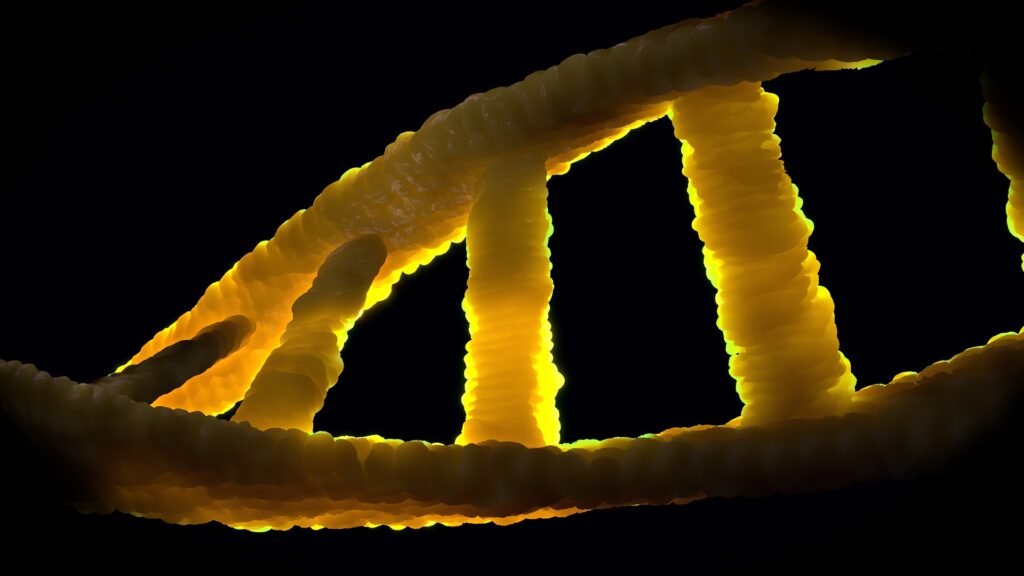 It’s in My DNA

Every day has the possibility of changing our lives forever. A drunk man’s decision to get behind the wheel of an automobile can take the dearest person in all the world away from us. An employer’s asking to meet with us might mean the end of a promising position. A heated argument can bring an end to our marriage. We most certainly do not know what a day holds.

Yet, some days bring about positive changes to our lives. I still remember my radiant bride walking toward me on the arm of her father on March 15, 1997. I vividly recall holding each of my sons for the very first time. I know even the day that Joe Tate called me to offer me the work with the Dale Ridge church (August 28, 2012). We most certainly do not know what a day holds.

I had promised last week that I would use Fridays to list Scriptures to which we could turn in difficult times. But, a phone call today has the possibility of drastically changing my life. I do not know if the phone call will or not, but a drastic change in the rest of my life is certainly possible.

This morning I received a call on my iPhone. A 202 area code, Washington, DC. Finally President Obama was calling for my advice. Fully expecting a White House secretary to ask me to hold for the President, I answered the phone a little timidly. A gentleman with a funny sounding name (who is a guy named “Imel” to say anyone else’s name is funny? It would be like my wife making fun of someone else’s accent) was on the line and said he was from GeneDx and he wanted to speak with Randall Imel. I said, “This is he,” and Mr. Funny Name had some news for me.

The news? They are in the network for my insurance company, but, because of my high deductible (which I have barely used), they wanted to see how they could help with the cost. I won’t tell you what they said my final cost will be, but they knocked ninety-five percent of the cost off the top. If I’m paying only five percent of the total cost, I can only imagine what the full bill would be!

The kind fella who called was contacting my neuro’s nurse, and they’re sending a phlebotomist to my house to draw blood. That’s right, they make house calls and come to you. This test could alter the rest of my life. Yes, this test could be that important. It may show nothing (it’s impossible to sequence all of the genes), but it could most certainly pinpoint the problem since there is absolutely no doubt my condition is genetic.

Here are just a few of the things this test could show:

Have I passed this condition on to my sons?

That is the most frightening part of having a genetic condition. What have I done to my sons? Yes, I know the answer is nothing, but that does little to alleviate the guilt. Whatever the results, I need to come to a healthy realization of the genetic nature of this disorder.

My psychologist says that in many of the cases he has witnessed two recessive genes are at work. They may spell good news for my children (depending on the mutation, it may be highly unlikely that my children are anything but carriers – but, hey, how likely was it that both of my parents were carriers of a rare disorder?). My brothers may be at risk. Depending on my results, it may be wise for them to undergo testing. It might also be wise for our wives to undergo testing to see what trouble may lie in our children’s future. The old saying is, “Lightning doesn’t strike twice,” but sometimes it does. We’ll want to be sure that the gene in question hasn’t struck twice.

Yesterday, I wrote that I had decided to go forward with deep brain stimulation (DBS). The genetic test, however, could change all of that. I may have a form of dystonia that responds to DBS ninety to ninety-five percent of the time, but I could have a type that responds less than ten percent of the time. Yes, I plan to have the surgery, but only after we know the results of the test. Anything else doesn’t really make sense.Other treatment options may come to light because of the genetic testing. Every doctor I have blames my problems on my neurological condition. My urologist (whom I have already seen six times this year, not to mention the three times I’ve seen my family practitioner for urological problems because I could see him more quickly than the urologist) says all my urological problems are a result of my neurological condition. My cardiologist thinks the vasospasms and rapid heartbeat are a result of the neurological condition. My psychologist says that a formal diagnosis of bipolar disorder cannot be made, for the faulty wiring in the brain comes, not really from mental illness, but from my genetic makeup; the DSM-V does not permit a diagnosis of many psychiatric conditions if an underlying neurological condition is present. My gastroenterologist isn’t positive that my GI issues result from all the neurological junk, but a connection certainly cannot be ruled out.A firm diagnosis could help not only my neurologist to treat my walking difficulty, but my other specialists, who kindly treat the symptoms, might have more tools at their disposal.

There are a host of Facebook groups which discuss neurological conditions which mirror mine. I’ve been a part of them in the past, and I even had Tammy added to a few of them. Simply saying that she wanted to let the future pan out without knowing all the details ahead of time, Tammy asked me to stop. Well, the genetic testing may not answer all of our questions, but we may very well know what general direction we’re headed.

I’m excited that some answers, whether good or bad, may be coming my way. As a kid, my brothers and I loved to watch G.I. Joe: A Real American Hero. At the conclusion of each program, there was some sort of public service announcement, and the announcement would always end with “And knowing is half the battle.” I pray they were right. I pray that “knowing is half the battle.”

I ask your prayers for me and my family as we walk down this path hand in hand with Jesus.

I care not today what the morrow may bring,
If shadow or sunshine or rain,
The Lord I know ruleth o’er everything,
And all of my worries are vain.