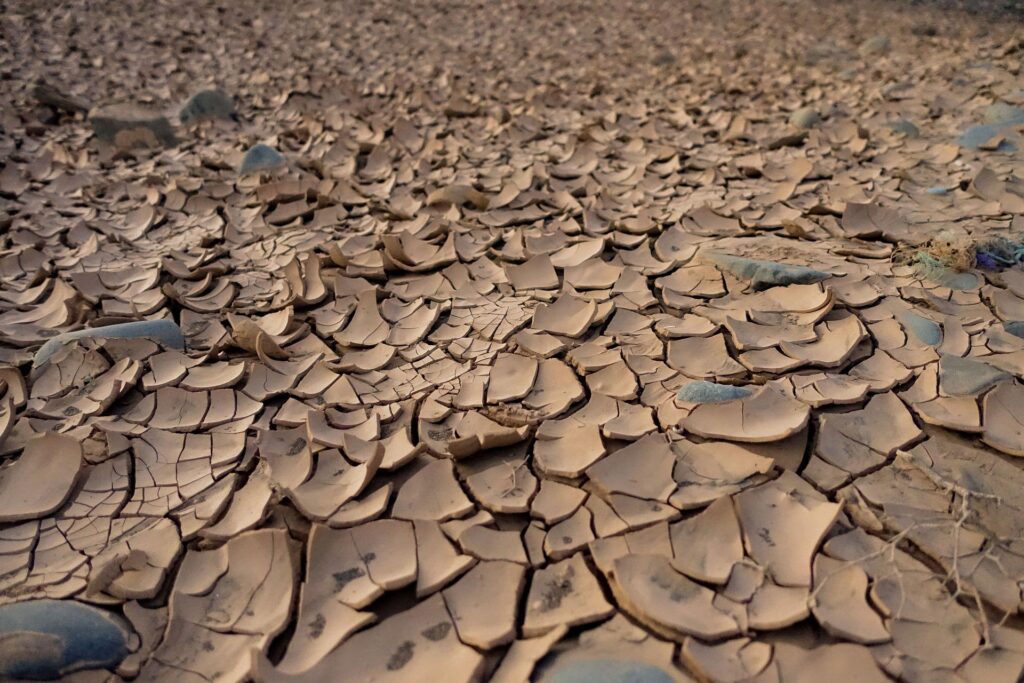 At the moment, according to the U.S Drought Monitor, Harris County, Texas, is in a moderate to severe drought. Parts of Texas, however, are either in an extreme or even what the Drought Monitor calls an “exceptional drought.” As we all now, droughts seriously affect crop production. While crops are affected in first-world countries in droughts, we have enough technological ability to irrigate and continue to have more than ample food production; we don’t, therefore, fear a famine.

Yet, in antiquity droughts often led to famines (of course, parts of our world are still suffer famine). God would send famine on the Israelites as punishment for their unfaithfulness: “The LORD will strike you . . . with drought and with blight and with mildew” (Deut 28:22). God not only promised to send drought and a resulting famine, but he actually did so; because of the evil of Ahab’s reign in leading the Israelites to worship Baal, God sent Elijah to tell the wicked king, “As the LORD, the God of Israel, lives, before whom I stand, there shall be neither dew nor rain these years, except by my word” (1 Ki 17:1). The famine which resulted from the drought “was severe in Samaria” (1 Ki 18:2).

While God sent literal famines on the Israelites for their disobedience, Yahweh also promised to send a more severe famine: “‘Behold, the days are coming,’ declares the Lord GOD, ‘when I will send a famine on the land—not a famine of bread, nor a thirst for water, but of hearing the words of the LORD. They shall wander from sea to sea, and from north to east; they shall run to and fro, to seek the word of the LORD, but they shall not find it” (Amos 8:11-12). The people in the days of Amos had rejected the word of the Lord (the prophet spent much of his book detailing the many sins of the Israelites), so God promised to withhold his word from them. Why, after all, continue to give his word and send his prophets if the people were simply going to reject what they taught?

While God withheld giving his word to the Israelites through his prophets because of the people’s sins, I fear there is a famine of God’s word in our own day. God hasn’t sent the famine; instead, people have rejected God’s word and wish to do as they please. As you look at modern society, people parade homosexuality or boast about abortion or tell of their promiscuity or show off their greed. In fact, sinful people have developed new names for their sins to make them more appealing—homosexuality is now an “alternative lifestyle,” abortion is a “woman’s right to choose,” promiscuity has become a “hook up,” and “greed” has become the “American dream.”

We must be careful that we not get caught up in society’s new definitions of sin. The only way to keep ourselves right before God is to spend time in his word. We dare not—we must not—allow a famine of God’s word to come into our lives, for God’s word will direct our lives: “Your word is a lamp to my feet and a light to my path” (Ps 119:105).