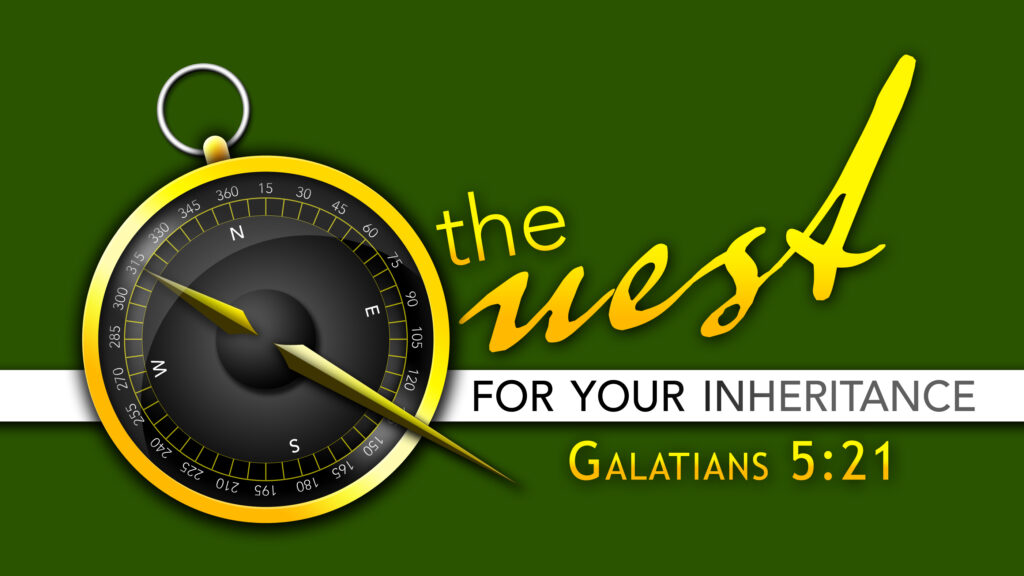 The Quest for Your Inheritance (Galatians 5:21)

Is it ever appropriate or important to be warned of things we already know? Why or why not? The Lord’s Supper helps us remember the Lord’s death and resurrection. “Dear friends, this is now my second letter to you. I have written both of them as reminders to stimulate you to wholesome thinking. I want you to recall the words spoken in the past by the holy prophets and the command given by our Lord and Savior through your apostles” (2 Pet 3:1-2).

Do you think many people live in sin?

Why do some people live in sin?

The one who lives according to the works of the flesh “will not inherit the kingdom of God.” “Inherit” reminds one of the divine promise the Israelites would possess Canaan. “I said to you, ‘You will possess their land; I will give it to you as an inheritance, a land flowing with milk and honey.’ I am the LORD your God, who has set you apart from the nations” (Lev 20:24). Just as God promised the Israelites that they would possess Canaan, God has promised that his children will possess “the kingdom of God.”

However, there is a huge different between the church and the kingdom. Galatians 5:21 hints at that, for the kingdom in view here will exist after the church.

A kingdom is a place where a king reigns. The kingdom of God is the place God reigns. God has always had a kingdom. “The LORD is King for ever and ever; the nations will perish from his land” (Ps 10:16). “Now to the King eternal, immortal, invisible, the only God, be honor and glory for ever and ever. Amen” (1 Tim 1:17).

Although God has always had a kingdom, he chose the Israelites to be his kingdom in a special way. “The LORD told [Samuel]: ‘Listen to all that the people are saying to you; it is not you they have rejected, but they have rejected me as their king’” (1 Sam 8:7). God always intended to be Israel’s only king. Because he intended to be Israel’s only king, God gave them his law to tell them how he would reign over them.

The church is the kingdom of God so far as God reigns in the hearts of Christians. The idea of a kingdom is that there is a king. The only way to be a part of the kingdom is to submit to King Jesus.

Heaven is a kingdom, for God will reign forever there. “Then the end will come, when he hands over the kingdom to God the Father after he has destroyed all dominion, authority and power” (1 Cor 15:24). If one participates in the works of the flesh, he will not enter the place God reigns, for he has not allowed God to reign in his heart in this life.