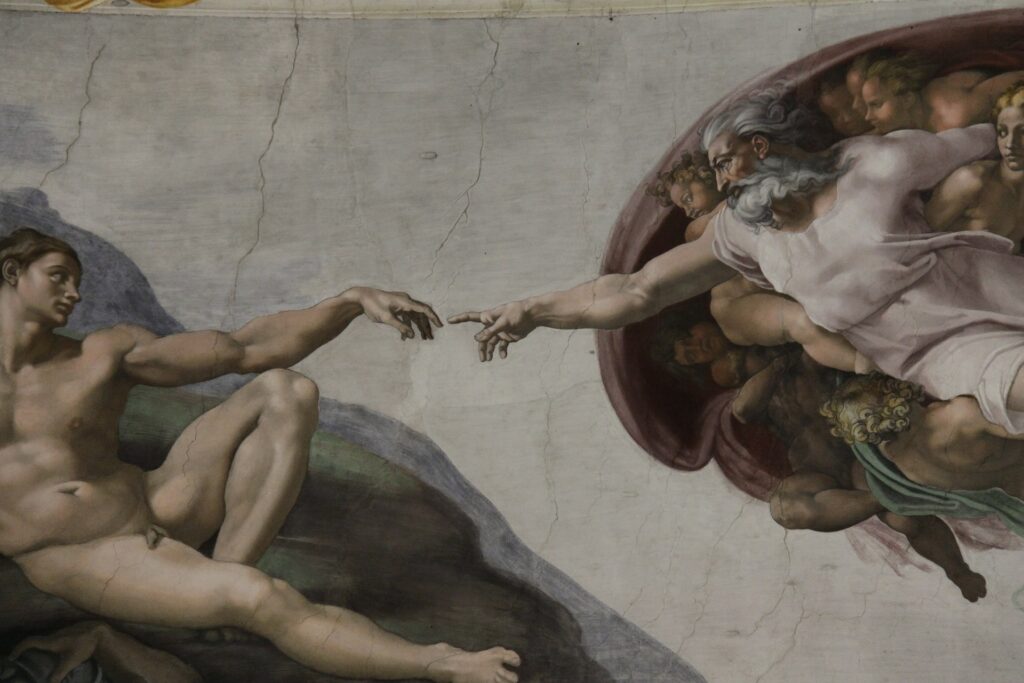 There are several important implications in these two short verses.

Many of these ideas can be rejected out of hand. God has no physical appearance or posture; therefore, the “God likeness” cannot refer to that. It seems that man has dominion over the animals because he bears God’s image; therefore, the image of God does not seem to be equal to the dominion over animals. Since God after the Flood that man bears the image of God (Gen 9:6), the divine image was not lost at the Fall.

The other three ideas do seem to fit the idea of God’s image. I personally believe that the Imago Dei does say something about our spiritual nature.

Without any doubt, man’s bearing God’s image speaks about the dignity with which man needs to treat his fellow man. John Locke believed that the image of God meant that men are equal and that governments could only govern with the consent of the governed. Both ideas found themselves into the Declaration of Independence. “All men are created equal, … they are endowed by their Creator with certain unalienable rights …”

What are some of the major ways that humans are denied dignity today?

What are some of the ways that Jesus demonstrated human dignity?

How can the church communicate human dignity?

What are some ways that man tries to make himself God?

How can we remember that we are merely the creature and not God?

God placed man over the animals. One thing this demonstrates is that man is the apex of creation. Man is a created being; he did not evolve, but he was created. Man is the “crowning glory” of God’s creation.

God made man male and female. In this passage, that truth comes to bear on reproduction (v 28). Obviously, males and females are needed for reproduction. Why might have God wanted the earth filled with humans? Why should people today want to be parents? What role should children have in the home?

This text obviously speaks about homosexuality. God made man male and female. Jesus affirms that man was made male and female. “He answered and said to them, ‘Have you not read that He who made them at the beginning “made them male and female”’?” (Matt 19:4). Some say that Jesus never mentioned homosexuality. That statement is only partially correct. Obviously, there are a host of sins Jesus did not mention. From what Jesus says at Matthew 19:4, it’s clear that He understood heterosexuality within marriage to be God’s design.

Leviticus 20:13. Because this passage mentions the death penalty for homosexual acts, it is often disregarded. True, the Law was nailed to the cross (Col 2:14). However, the fact that God condemns homosexuality cannot be ignored.

Romans 1:18-32. Do notice the progressive nature of sin from this text. Because they were involved in idolatry, they became involved in homosexuality. Homosexuality led to other sins. Getting caught up in one sin can have dire consequences – We must guard our hearts and minds.

It must also be noted, as in the case of Jesus, that heterosexuality in marriage is considered God’s design. 1 Corinthians 7:1-5. Ephesians 5:22-33.

How can the church reach out to homosexuals?