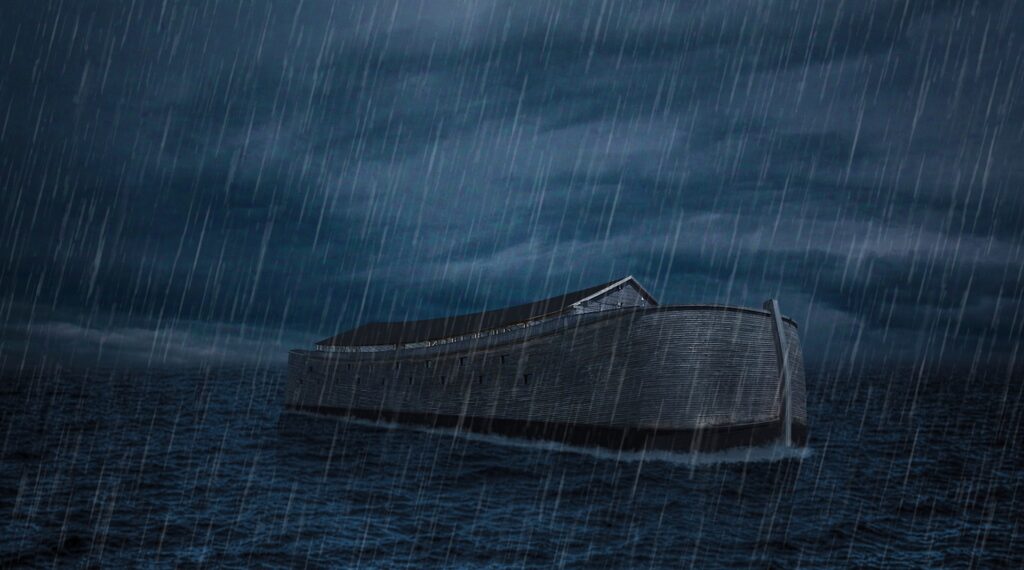 Surviving the Flood | A Bible Class on the Life of Noah

Noah’s life provides a great example for the Christian life. In the New Testament, Noah is remembered quite fondly.

Hebrews 11:7. Why did it take faith for Noah to build the ark? How can we have a faith like Noah’s? How did Noah condemn the world by building the ark? In what way(s) might our actions condemn the world? Obviously, it did not work in Noah’s day, but could condemning the world help to save the world?

It is important to note that Jesus considered Noah to be a historical figure (Matt 24:37-39). There are some who say that Noah was simply an allegorical figure and that he never existed. These people often see two things as impossible: A flood that covered the entire earth and God’s judging everyone but eight people. It always surprises me that people who weren’t there know more than the people who were. Any idea that Noah was not a real person is flatly rejected by Jesus in the Mount Olivet Discourse.

Obviously, if we covered everything the Bible says about Noah, we’d cover Noah for quite a long time. What we’ll do is cover important “snapshots” of his life.

What I think is significant about this: It could be that Lamech was too old to survive the Flood and start over. I think the same thing could be said of Methuselah who died about the time of the Flood. The fact that Lamech did not die in the Flood could say a great deal about his spiritual state. We’ll talk about why that’s significant in a moment.

Lamech “called his name Noah, saying, ‘This one will comfort us concerning our work and the toil of our hands, because of the ground which the Lord has cursed’ ” (Gen 5:29). The fact that Lamech died before the Flood might indicate that he himself was righteous. It’s not impossible to think that he trained his son in righteousness. If Lamech’s spiritual condition is right, it’s quite possible that he is a prophet and his naming his son Noah (a play on words with the Hebrew “comfort”) is through prophecy.

How did Noah comfort the people concerning the Lord’s curse of the ground?

“Noah was five hundred years old, and Noah begot Shem, Ham, and Japheth” (Gen 5:32). The mention that Noah had children is significant on a couple levels:

Obviously, it is significant that Noah had children, for all human life has descended through those three boys.

“These three were the sons of Noah, and from these the whole earth was populated” (Gen 9:19). “Now this is the genealogy of the sons of Noah: Shem, Ham, and Japheth. And sons were born to them after the flood” (Gen 10:1). We would not be here were it not for Noah’s three sons.

It’s also significant that Noah had three sons, for he apparently raised them righteously before the Flood.

The Lord decided to destroy man from the earth because of man’s wickedness, but Noah found grace in God’s eyes (Gen 6:5-8). It is impossible for me to fathom that God would allow Noah’s sons to survive the Flood were they evil.

How could Noah raise his children righteously in an evil world?

One: Noah was righteous himself.

Why would it be important for Noah to be righteous himself? How could his own righteousness help his children’s righteousness?

As a preacher of righteousness, Noah is proclaiming the truth of God and calling other people to obedience. His sons could see a consistency between Noah’s message and the messenger. His sons and his daughters-in-law apparently responded to the message.

Why is it important for us to teach our children? Deuteronomy 6:6-7; Ephesians 6:4. What are some of the things that we need to be teaching our children?

Not only did they see an intimate relationship with God, but they saw their father obey God even in difficult circumstances. Imagine how difficult it was to build that ark while no one else responded to Noah’s preaching. But, Noah persevered in building the ark for the saving of his household. Because Noah persevered, he is remembered for his faith (Heb 11:7).