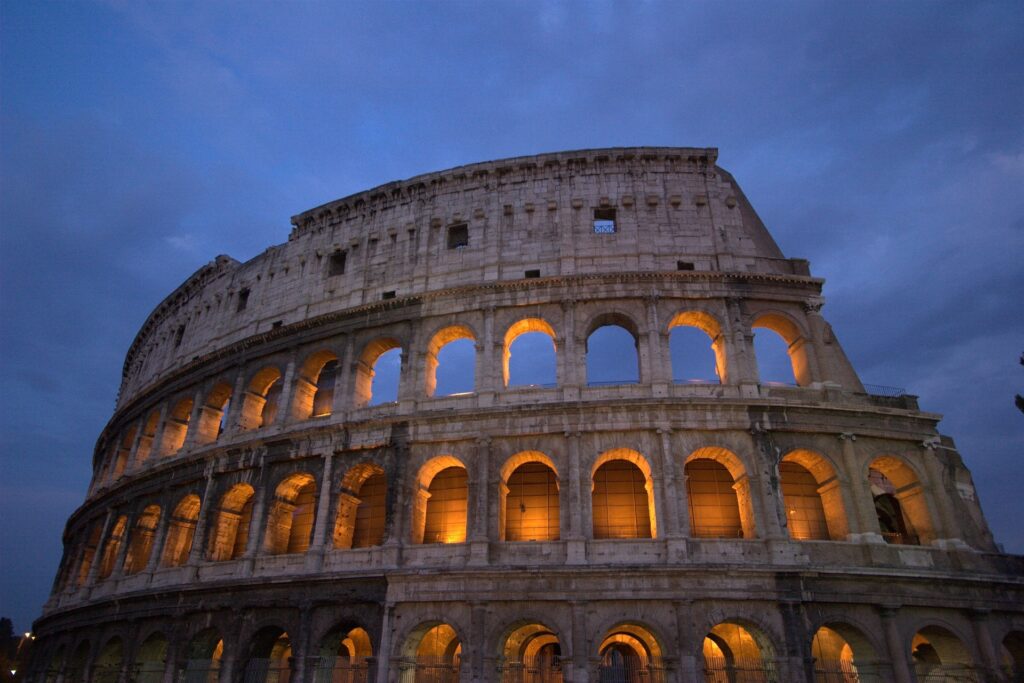 Our passage last week strongly hinted that it was the kingdom of God that caused the downfall of the Roman Empire. “In the days of those kings the God of heaven will set up a kingdom that shall never be destroyed, nor shall the kingdom be left to another people. It shall break in pieces all these kingdoms and bring them to an end, and it shall stand forever, just as you saw that a stone was cut from a mountain by no human hand, and that it broke in pieces the iron, the bronze, the clay, the silver, and the gold” (Dan 2:44-45). Translations other than the English Standard Version also bear this out.

While it is clear from that passage that God’s kingdom would bring an end to the kingdoms of the world, how could a spiritual kingdom bring down the Roman government?

As we mentioned last week, there are some who say that the kingdom of God is yet to be established. They claim either that the fourth kingdom is a “revived” Roman Empire or that the current kingdoms of the world are an outgrowth of Rome. The Messiah will then crush these kingdoms when he comes again to establish his millennial reign. The main problem with that viewpoint can be found right in Daniel 2. “It shall break in pieces all these kingdoms and bring them to an end, and it shall stand forever” (Dan 2:44). A millennial kingdom-by its very definition-will not stand forever! Furthermore, the kingdom of Jesus is not of this world. “My kingdom is not of this world. If my kingdom were of this world, my servants would have been fighting, that I might not be delivered over to the Jews. But my kingdom is not from the world” (Jn 18:36). Because Jesus’ kingdom is not of this world, he refused to allow his disciples to fight his arrest. We shouldn’t expect, therefore, another, earthly kingdom of the Lord.

How did Christianity cause the downfall of Rome? Edwin Gibbon famously placed the “blame” for Rome’s downfall on Christianity. Gibbon says that the Empire gradually entrusted the role of defending Rome over to barbarian mercenaries who turned on them. This would largely have been the “fault” of Christians who refused to fight in the military. Indeed, many early Christians did refuse military service.

There can also be no doubt but that the refusal of early Christians to worship the emperor led to the downfall of Rome. A great temple was erected to the Emperor Domitian during his reign (AD 81-96). It was during Domitian’s reign that the “emperor cult” grew and gained widespread acceptance in the Empire. By worshiping the emperor, the Roman people demonstrated their allegiance and submission to Rome. Failure to do so was an act of treason.

When a people is not united by a common language, religion, etc., they cannot remain united. Look at the trouble experienced in Canada because of the French-speaking province of Quebec. Those in Quebec have led several succession attempts. Look at the trouble in Iraq in attempting to bring different ethnic groups and religious sects together.

Gibbon also believed that as the Roman populace turned more Christian that they were interested more in the reward of heaven than in the “in-and-now.” Therefore, they were much less interested in what was taking place in the Empire. Gibbon wrote: “The decline of Rome was the natural and inevitable effect of immoderate greatness. Prosperity ripened the principle of decay; the causes of destruction multiplied with the extent of conquest; and as soon as time or accident had removed the artificial supports, the stupendous fabric yielded to the pressure of its own weight. In discussing Barbarism and Christianity I have actually been discussing the Fall of Rome.”

While many historians now discount Gibbon’s work, it remains a fact that Christianity was, at least, partially responsible for Rome’s decline. Some historians might say that the history expressed here is far too simplistic. For example, these data do not take into account the economic decline of Rome. While the socio-political climate of Rome at the time of its downfall is quite complex, we firmly believe that God was the One who orchestrated it all.

Scripture makes clear that it was God who orchestrated the downfall of Rome. We have seen in Daniel that it is God who raises up kings and brings them down. Thus, regardless of what historical causes may have led to Rome’s demise, it was God who destroyed the Empire.

God orchestrated the downfall of Rome because that government persecuted his people. “When he opened the fifth seal, I saw under the altar the souls of those who had been slain for the word of God and for the witness they had borne. They cried out with a loud voice, ‘O Sovereign Lord, holy and true, how long before you will judge and avenge our blood on those who dwell on the earth?’ Then they were each given a white robe and told to rest a little longer, until the number of their fellow servants and their brothers should be complete, who were to be killed as they themselves had been” (Rev 6:9-11).

The Book of Revelation makes it clear that it was God who overthrew the Roman Empire.