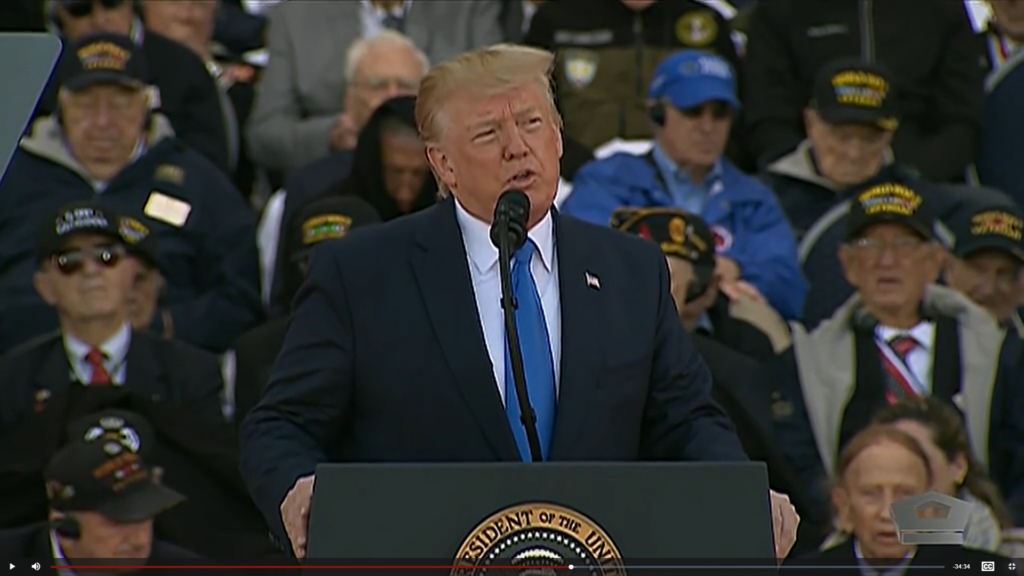 Five Ways Donald J. Trump Can be a GREAT President

Donald J. Trump is about to spend at least the next four years as President of the United States. Concern, worry, and angst fill many sections of the country. To be honest, I am no fan of Donald Trump—I did not (and would not) vote for him because his character leaves much to be desired. I disagree with the soon-to-be President on a number of issues.

Even with my dislike for the President and my disagreements over policy, I really believe that President Trump has the opportunity to be an outstanding President. Here’s what needs to happen for the Trump presidency to be successful:

Mr. Trump, with all due respect, does not have a good and humble heart. Donald Trump has done everything from calling names to insulting a disabled reporter to bragging that he could sexually assault women. Those words tell the world about the state of President Trump’s heart, and it isn’t a pretty picture.

Some might say that I cannot judge what is in the President’s heart. On some levels, that would be accurate. However, sin originates in the heart; the Lord Jesus says, “Do you not see that whatever goes into the mouth passes into the stomach and is expelled? But what comes out of the mouth proceeds from the heart, and this defiles a person. For out of the heart come evil thoughts, murder, adultery, sexual immorality, theft, false witness, slander. These are what defile a person” (Matt 15:17-20).

A good and honest heart would allow our President to be an example for our nation and all the world. The President does, after all, have a “bully pulpit,” and Mr. Trump could make effective use of it.

A Recognition of Divine Sovereignty

However, the win didn’t come because of Trump’s grand ideas or unusual campaign; Trump was elected President because God, in his infinite wisdom, raised him up as our leader. “Let every person be subject to the governing authorities. For there is no authority except from God, and those that exist have been instituted by God. Therefore whoever resists the authorities resists what God has appointed” (Rom 13:1-2). When Nebuchadnezzar boasted about all that he had done, a voice from heaven reminded him: “O King Nebuchadnezzar, to you it is spoken: The kingdom has departed from you, and you shall be driven from among men, and your dwelling shall be with the beasts of the field. And you shall be made to eat grass like an ox, and seven periods of time shall pass over you, until you know that the Most High rules the kingdom of men and gives it to whom he will” (Dan 4:31-32).

President Trump and all his successors need to remember that it is God who gives men authority.

I’ve already mentioned some of Mr. Trump’s problem with his tongue, and I’ve written about it here. I am seriously bothered by the President’s use of his tongue. On the one hand, I’m concerned about foreign policy being directed by a man who doesn’t know when to keep his mouth shut; if he mouths off and offends the wrong government, we could have some very serious issues as a nation. Furthermore, of course, misuse of the tongue is sinful: “How great a forest is set ablaze by such a small fire! And the tongue is a fire, a world of unrighteousness. The tongue is set among our members, staining the whole body, setting on fire the entire course of life, and set on fire by hell. . . . From the same mouth come blessing and cursing. My brothers, these things ought not to be so” (Js 3:5-6, 10).

A Group of Good Advisers

I’ve seen the names of Trump’s cabinet members and advisers, but I’m really not familiar with any of them. I pray they do well and can greatly help our new President in his role. Advisers can help or hurt a politician or anyone else. When Rehoboam came to the throne of Israel after Solomon’s death, the people urged him to make their yoke lighter. The new king wisely called his advisers together; the old men urged Rehoboam to speak good words to his people, but the young men urged the king to speak harshly with the people. The king followed the advice of the young men and saw his kingdom divided (1 Ki 12:1-24). Rehoboam’s actions stand as a stark reminder of what can happen if we fail to heed solid counsel.

A Church Lifting His Name Before the Father

I fear that too often we’re critical of Washington, but we fail to pause and pray for our leaders. God would have us pray: “First of all, then, I urge that supplications, prayers, intercessions, and thanksgivings be made for all people, for kings and all who are in high positions, that we may lead a peaceful and quiet life, godly and dignified in every way” (1 Tim 2:1-2). Maybe—just maybe—we will have a new attitude if we stop moaning and complaining about our elected officials and start getting on our knees and praying for them. Four years ago, Mitt Romney came to Lynchburg, and I, wishing my son to see history, took Wil to see the Presidential candidate (for the record, I liked Romney only a little better than I like Trump). Somehow Wil and I ended up on the front row, and it dawned on me that more than likely, I would be shaking hands with the Governor. While I’m listening to Romney’s address, I’m thinking over and over about what I could say to him when he came by. I finally realized exactly what I needed to say. As I shook Romney’s hand, I looked him in the eye and said, “Governor, we are praying for you.” He seemed rather touched by the statement and thanked me profusely.

Let us lift up President Trump’s name in prayer!

I do earnestly hope that President Trump has a successful and good presidency, and I wish him well.