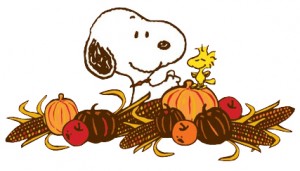 This past weekend was marvelous. We drove from Roanoke to Rock Hill, South Carolina (it’s really not that far – nearly three-and-a-half hours), early Saturday morning and drove back mid-morning on Sunday. Our younger son Wil had a band competition (they came in third out of 3 bands), and, being the dedicated band parents we are, Tammy and I made sure to support Wil. Saturday was a long and hard day – by mid-morning I had completely lost the ability to walk and was confined to my wheelchair – awards did not end until after 10, and we didn’t eat supper until almost midnight. But, all four of our little family were together and enjoyed the experience of spending time with one another.

I love watching Wil in the band. It’s marvelous to see him maturing into a fine young man and to work extra hard at something he richly enjoys. It’s wonderful to see his learning the importance of working together – he works hard not to let down his fellow band members. It’s great for me to watch his musical talent grow, for I have absolutely no musical talent. I love being a band parent (it helps to be in a wheelchair and not to be asked to do a lot of the things many band parents do).

We’ll never do things quite the same way again. We didn’t make our hotel reservations in time, and we had a little trouble finding a room (the Carolina Panthers played on Sunday afternoon, and the Charlotte area was crammed with Green Bay fans who would go home disappointed), and we ended up staying at a different hotel than the band – we had a reservation at the same hotel, but a computer glitch nixed our reservation. We had every intention of finding a place to worship in the Charlotte area that morning – we were even going to tell the band director that Wil was going to worship with us and that we would have no further discussion on the matter. However, the band was leaving at 10:30 Sunday morning, and they were scheduled to arrive in Roanoke at 5:30. When we were headed down, not knowing we wouldn’t be staying at the same hotel as Wil, we were going to worship in our room – I would preach, Wil would lead the singing, RJ would pray, we’d have the Lord’s Supper (we even took supplies), and we’d invite anyone from the band who wanted to join us. When we ended up staying just across the South Carolina line instead of over in North Carolina with Wil, we planned to get up early and go to the band’s hotel and worship out on the pool deck. But, we didn’t get up early and we didn’t have time to get our worship in before we left. We did worship last night – singing, praying, preaching, and communing – but worship should have been earlier in the day. As the spiritual head of my home, I needed to communicate that the worship of YHWH should come far before any and everything else, and I failed to do that. That’s not acceptable – ever!