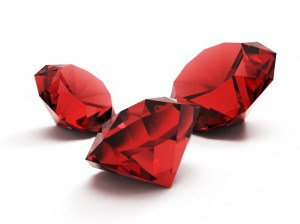 “For Adam there was not found a helper fit for him. So the Lord God caused a deep sleep to fall upon the man, and while he slept took one of his ribs and closed up its place with flesh. And the rib that the Lord God had taken from the man he made into a woman and brought her to the man. Then the man said,
‘This at last is bone of my bones
and flesh of my flesh;
she shall be called Woman,
because she was taken out of Man.’
Therefore a man shall leave his father and his mother and hold fast to his wife, and they shall become one flesh. And the man and his wife were both naked and were not ashamed” (Gen 2:20-25).

The other day I texted RJ, my elder son, and told him that I believed all of his problems – mine, too, for that matter – were because of a woman. He could smell a rat and didn’t know how to respond. He sent back a simple question mark as not to step in the trap I was laying. I simply texted back the word, “Eve.” He and I had a little chuckled. (However, a careful reading of the Genesis narrative along with the New Testament makes clear that Adam bears primary responsibility).

Eve may have eaten of the forbidden fruit and opened the Pandora’s box of pain and suffering upon this world, but there isn’t a man alive who doesn’t need to get down on his knees and thank God for the women in his life. I am no exception. Not only did my mother give birth to me, but she has been a constant support, strength, and help – if I’m having a bad day, there’s nothing that will cheer me up like talking to my Momma (yes, I’m a Momma’s boy). Both of my grandmothers spoiled me rotten in their own ways. My mother-in-law seeks to serve God with her entire being, and she’ll even push herself to the point of exhaustion and beyond to serve others. Indeed, well did the Spirit inspire Paul to write, “In the Lord woman is not independent of man nor man of woman; for as woman was made from man, so man is now born of woman” (1 Cor 11:11-12).

I’ve been blessed by many women, but Tammy stands in a class all by herself. We met on May 15, 1996, and we were dating not long after. We knew almost immediately that we wanted to marry, and we married on March 15, 1997 (What was it the soothsayer told Julius Caesar about the Ides of March?). We love each other deeply and passionately – no one else can push my buttons and make me more angry in a split second than she, no one else can comfort me more than she, and no one can bless me more than she (the Lord excepted).

During the long and trying time of my physical difficulties, Tammy has shown her worth to be far above rubies.

God has blessed me with an amazing wife whose worth is far above rubies.

An excellent wife who can find?
She is far more precious than jewels.
The heart of her husband trusts in her,
and he will have no lack of gain.

Thank you, God, for Tammy.