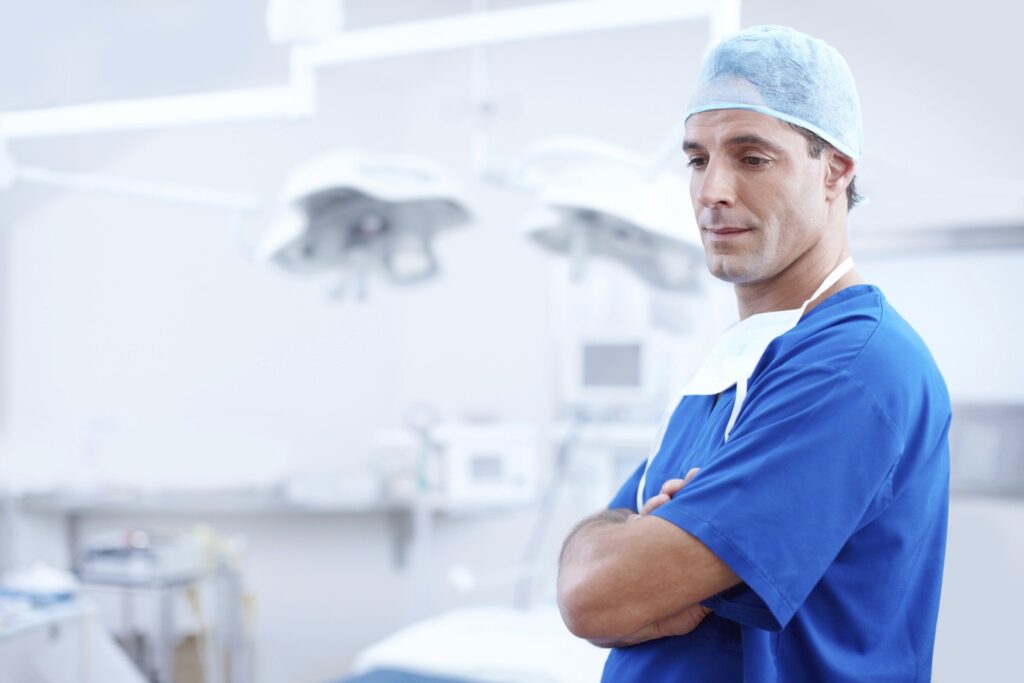 What Does the Bible Say about Doctors?

I have seen just about every type of specialist under the sun. I have seen a neurologist and a podiatrist and a urologist and an orthopedist and a hematologist and ophthalmologist and a dermatologist and a cardiologist and probably a few I haven’t named. I wrote a couple weeks ago about how much trust I lost in doctors during my torment (yes, that’s a strong word, and I’d probably use a stronger one were I not a Christian) at West Virginia University. No, I didn’t lose trust because they couldn’t diagnose me accurately (I have a rare disorder that’s difficult to diagnose). I lost trust because they would order test after test after test and never try an intervention. Was it really too much to ask that we try some medication or some treatment and simply see if it worked?

Apparently it’s not too much to ask, for my current neurologist has been experimenting with me and trying different interventions since I first saw him. This past visit he was very blunt — my treatment options are quite limited, but he has bent over backwards to help. He prescribed a medication he had no idea would work; it worked blessed miracles for about a year (when my mother first saw the before and after video she wept with joy). The medication caused serious side effects and I had to stop taking it. The pain can be absolutely horrendous, and Dr. Ferrara has tweaked medication to help. No, there isn’t much more he can do at this point, and that is simply the nature of things.

However, he wants to see if he can reduce the spasticity in my legs using Botox injections. He has no idea whether the injections will work, but he believes it’s worth a shot (pun intended). Even if the treatment does not help my walking, I’ll still have the best legs in town. And, there’s Deep Brain Stimulation (DBS) — leads are placed deep into the brain and connected to a pacemaker just above the collarbone. Again, I do not have a guarantee of success, but my wife and I have decided that when I return for the Botox therapy, I’m going to ask that we go ahead and schedule the surgery. It’s better to try something, in my opinion, rather than sitting around wishing something would work.

Dr. Ferrara has tried everything he knows to help me. I don’t care if the interventions work or not (yes, I’d much rather they work than not;, I appreciate a man who is trying his best to get me relief. Whenever anybody anywhere asks me for a recommendation on a neurologist, there is only one name I would ever give: Joseph Ferrara, M.D. Yeah, he did his residency at Duke University and he taught at the University of Louisville, two of the biggest rivals of my beloved University of Kentucky Wildcats (if you didn’t know I love UK basketball, you don’t know me), but his training and his expertise is second to none in my personal experience.

Yet, what does God have to say about doctors? Whenever we want to think about the Bible and doctors, there are two thoughts which come automatically: I think of the poor woman who spent all she had on physicians and grew no better but only grew worse and of Luke, the beloved physician. But, there’s an extremely interesting tidbit I’d like you to know.

The word “physician” occurs over 60 times in the Hebrew Bible.

The word “physician” first occurs in the Hebrew Bible when we read the narrative of Abraham and Abimelech. As Abraham journeys, he enterers the jurisdiction of Abimelech, king of Gerar. Sarah, Abraham’s wife, is a beautiful woman, and Abimelech desires to add her to his harem. Abraham, like he did earlier in Egypt, deceives the king and his people about Sarah’s identity — “She is my sister,” he said, a half-truth intended to save his own head. Abimelech takes Sarah, although they engage in no immoral activity. God comes to Abimelech in a dream and tells him he shall die for taking Sarah. When Abimelech awakes he returns Sarah to Abraham and provides him with livestock and offers him land.

But, God did more than simply come to Abimelech in a dream at night — God struck Abimelech with illness and made the king’s wife and female slaves barren. Abraham prays to God for their healing, and we read: “Abraham prayed to God, and God healed Abimelech, and also healed his wife and female slaves so that they bore children” (Gen 20:17). The word “healed” is the same Hebrew word for “physician.” The very first physician we find in Scripture is the living God.

We need to learn something here. A few years ago, my dad almost died at the hands of a physician; Dad required surgery and has had a long recovery. Dad would have left this world without the excellent physician who stepped in and corrected the issues the previous surgeon caused. But, that doctor did not save Dad’s life; that doctor can’t save Dad’s life. No doctor on this earth has ever saved a life. All a doctor can do is prolong the dying process. That expert physician who kept Dad in this world just prolonged Dad’s dying. Dad will die. Mom will die. My children will die. My wife will die. You will die. I will die. (Unless, of course, the Lord Jesus comes in shouts of glory).

The only cure for death is God. He is the real physician. He can give true life. In fact, he sent his Son in order that man might have true life. “Whoever believes in the Son has eternal life; whoever does not obey the Son shall not see life, but the wrath of God remains on him” (Jn 3:36). “I came that they may have life and have it abundantly” (Jn 10:10). Jesus came to give you abundant life.