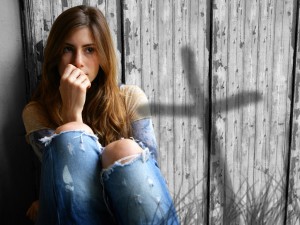 When I was a kid, Nannie gave us grandkids everything she could afford for Christmas. I remember going through the Sears and J.C. Penney catalogs when they arrived and circling everything I wanted. Yes, it looked like the catalog had been in an explosion at an ink factory, but if Nannie could afford what we really wanted, we got it. Christmas at Nannie’s was that simple (she even let us open a few gifts early, much to the chagrin of Mom and Dad).

One year I wanted an aquarium so badly I couldn’t stand it. I found one I just had to have — that aquarium came with a filter and gravel and some decorations and a heater; it was perfect! I begged for that aquarium, and underneath Nannie’s tree was a package that could be nothing but an aquarium. But, no, when I opened that package, inside I found a board game where you put plastic burgers together as quickly as you could by drawing cards and moving your burger across a board. Yes, I wanted that game, but I wasn’t grateful for it. The aquarium was what I wanted; I didn’t get it. I was in shock; Nannie always got us what we wanted.

A few days later, my Dad’s parents came down from Indiana to spend a few days with us. Guess what the first thing Papaw Imel brought into that house? A package that could only be an aquarium — the aquarium I wanted — and, when I opened the package, I found inside the aquarium I wanted. My disappointment only lasted a while, because I was going to be blessed with that aquarium soon enough.

I’ve had many disappointments in my life. I haven’t gotten jobs I desperately wanted. I’ve been let go from jobs I dearly loved and wanted to keep so badly. In high school, I didn’t get the dates I wanted (but, I did quite well in picking a mate!). I’ve wept over sins I’ve committed when I disappointed God, friends and family, and myself. I’ve been disappointed in the actions of others.

I know that each of you has had disappointments in life; you cannot live in this fallen world and not face great disappointment! Maybe the world came crashing down on you when the police officer knocked on your door to inform you of a great tragedy in your family. Maybe during the Great Recession you lost your employment and perhaps even your house. You may have seen your children act contrary to the Word of God, and your heart ached. Maybe you faced a divorce from a spouse you considered your soul mate. Whatever your disappointment, no doubt you have scars from a painful disappointment.

Many of my scars come from my physical limitations. I cannot do things I once did. I’ve always loved to mow, yes really; that was when I wrote my best sermons — I was alone and had time to think, to meditate, and to compose sermons in my head. I can no longer go up and down steps; our basement might as well be on the other side of the moon. I once ran for exercise; now, I do well to shuffle my feet.

The biggest scar of disappointment I carry is the pain of visits to neurologists. People told me that a certain neurologist at Thomas Memorial Hospital in South Charleston, West Virginia, could take one look at me and diagnose me properly. Boy, were those folks ever wrong! The physician had an intern come in and do my neurological exam; she found several abnormalities. The doctor entered the room with my past records and asked the intern what she thought. She told him that she was confident that I had multiple sclerosis and further testing was needed. The neurologist, who never performed a neurological exam on me, laughed and said my problem was psychosomatic and that everything was just in my head (well, actually it is all in my head, but not quite the way that neurologist meant it). Good folks at church had recommended this doctor, and when I went to Bible study Wednesday night, everyone wanted to know what the doctor had said. I told them (I can’t lie), and the idea the preacher might not be right in the head disturbed many people.

When my general practitioner received the report, he sent me to Dr. Gina M. Puzzuoli, a psychiatrist affiliated with Charleston Area Medical Center. I spent a few minutes with Dr. Puzzuoli, and she laughed and told me to quit wasting her time; I didn’t have any psychosomatic issues.

I was then referred to West Virginia University Hospital. I saw two neurologists there. One physician found no reflexes at all; no matter how hard he hit my knee, my leg stayed in place. He sent me to another physician who found brisk reflexes and clonus, an indication of a problem in the upper motor neurons. With those findings, she did a muscle biopsy. My current neurologist doesn’t understand why she was looking anywhere except the central nervous system, specifically an upper motor neuron disease — her own notes showed I had a problem in my upper motor neurons, not in my muscles.

When we left West Virginia, we had no health insurance for two and a half years. After regaining insurance, I was sent to Dr. Ferrara, the best neurologist I have ever seen — even if he did do his residency at Duke University and even if he taught at the University of Louisville (if you understand my love for Kentucky basketball, you’ll understand that). He didn’t want to run unfruitful tests; he examined my records from WVU, he examined me, and he diagnosed me: dystonia.

Dr. Ferrara, unlike previous neurologists I have seen, is willing to think outside the box and try new things. Other neurologists treated me like a guinea pig — they would cut and poke and order painful tests, say they couldn’t diagnose me because one test would be normal and the other test abnormal (both should have been normal or abnormal according to their schema), and they never tried to help (no medication, no attempt at other other intervention — Nothing!) Tammy and I would drive to WVU, spend the night in a hotel (sometimes two nights) for nothing at all. I lost all respect and trust for doctors.

Dr. Ferrara has caused me to regain that trust. As Tammy and I talked with him at my first visit, it became clear that Dr. Ferrara really wanted to help me, and he has: no unnecessary tests, treating me with dignity at every visit, and he has tried interventions. He put me on Artane, and my walking improved a hundred fold; however, the medication caused serious side effects from memory loss to tics I could not stop, and even mental impairment that nearly changed my personality. Obviously, I’m no longer taking artane.

Tammy and I visited Dr. Ferrara yesterday, and we were absolutely devastated. He had spoken with us in the past about doing deep brain stimulation (DBS) where leads are placed deep in the brain and hooked up to a pacemaker-like device; the electrical impulses can greatly help people live normal lives if they have a movement disorder, but Dr. Ferrara now believes my odds are only 50-50; in his words, “a flip of the coin.” Tammy and I had been so looking to a “fix,” and it now appears that the “fix” may not happen.

We plan to try botox injections beginning in November. He has no idea whether or not the botox will work, but it’s worth a shot (no pun intended). If botox doesn’t work and DBS doesn’t work (if I’m even a candidate, and my neurologist isn’t certain that I am), there are no further treatment options: a cane and wheelchair will become my normal helps.

It’s a hard pill to swallow when the neurologist tells you that you only have two treatment options available and the doctor isn’t so sure either will work. Tammy and I are attempting to swallow that pill right now, and we humbly ask for your prayers.

Today’s post is somewhat of a “downer.” Tomorrow, we’re going to think about how we deal with disappointment. In fact, what I plan to do tomorrow is simply to post some Bible verses that help us as we face adversity