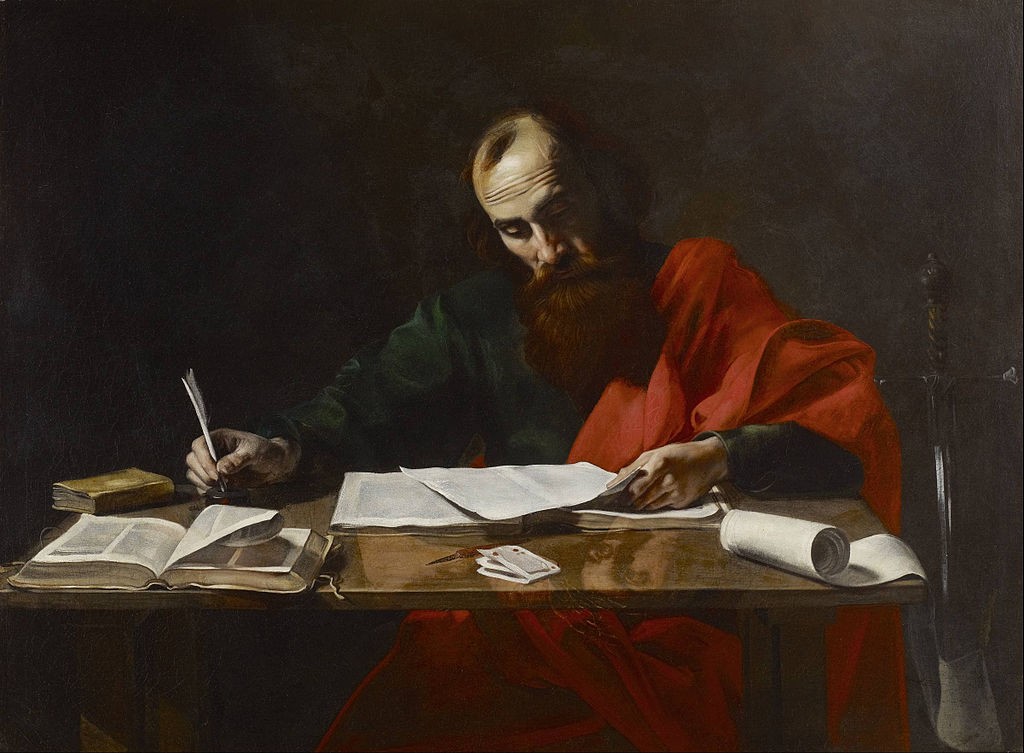 Paul’s Thorn in the Flesh

Today is part two of a conversation about pain from a biblical viewpoint. Today, we’re going to explore what Paul’s thorn in the flesh was not.

Sometimes I’m amazed at how I have blindly believed things I was taught as a kid. I don’t mean any disrespect to either my parents or my past Bible class teachers, but “when I became a man, I gave up childish ways” (1 Cor 13:11, ESV).

One area where I’ve put away several “childish ways” is the Apostle Paul; much of what I was taught about Paul I can no longer accept. I was taught that Paul changed his name from Saul to Paul; not true. Saul and Paul are the same name, but Paul is the Greek version of the Hebrew name; as the Apostle to the Gentiles, Paul wisely chose to be known by his Greek, not Hebrew, name. I’ve heard that Paul wrote Hebrews . . . hmm, no he did not. The author of Hebrews was not an Apostle; he learned the Gospel from others (Heb 2:1-4), but Paul was not taught the Gospel by any man (Gal 1:12).

In my view, the most misunderstood “truth” about Paul centers upon his thorn in the flesh. I have been told that Paul’s thorn was his poor eyesight; the fact that Paul had horrible eyesight is beyond dispute (Gal 6:11). But, the reasoning I have heard goes like this: When Paul was on the Damascus Way, a bright light shone around him (Acts 22:6); that bright light blinded him (Acts 9:8-9); he had a “thorn in the flesh” (2 Cor 12:7); his thorn, therefore, was likely poor eyesight.

One: The Lord Jesus, through Ananias, healed Saul from his blindness.

Ananias laid his hands on Saul, and “said, ‘Brother Saul, the Lord Jesus who appeared to you on the road by which you came has sent me so that you may regain your sight and be filled with the Holy Spirit.’ And immediately something like scales fell from his eyes, and he regained his sight” (Acts 9:17-18, ESV).

If Paul’s thorn in the flesh were poor eyesight arising from his encounter on the Damascus Way, Jesus, who healed Saul through the agency of Ananias, did not get things right. If what I have heard for years is correct, when Saul “regained his sight,” he only got part of his eyesight back. That is a position I cannot and will not hold.

Modern faith healers often “heal” people “in part.” Someone who is lame will come up on stage, be “healed,” get out of his wheelchair, struggle to walk properly, and be told that physical therapy will help. When Peter healed a lame man, “immediately [the man’s] feet and ankles were made strong. And leaping up he stood and began to walk” (Acts 3:7-8, ESV). By the way, contrary to modern faith healers, the lame man did not have faith that Peter and John could heal him (Acts 3:5).

In His earthly ministry, not a single time do I find that Jesus only partially healed someone. When the Lord raised Lazarus, Lazarus arose from the crypt alive. He didn’t need a doctor. He didn’t need a hospital. He didn’t need to go home with Mary and Martha to convalesce. Nothing of the sort. Lazarus was alive. His body was whole. If Lazarus was at death’s door after being raised by Jesus, why did the chief priests desire to kill Lazarus (Jn 12:10)? Would it not have been easier simply to pray that Lazarus’ health did not improve?

Either Paul was healed or he wasn’t. I cannot see any middle ground. Paul’s thorn in the flesh may very well have been poor eyesight, but his optical difficulties did not originate due to the bright light in which he saw the Lord.

Two: Paul’s thorn in the flesh came after his conversion experience.

Paul’s conversion likely took place about AD 34; Paul likely wrote 2 Corinthians about AD 56. Paul was caught up to the third heaven fourteen years before he wrote 2 Corinthians (12:2); therefore, the vision for which Paul needed humility (and, therefore, received the thorn in the flesh) could not have occurred before AD 42. Therefore, the vision in question could not have been poor eyesight from Paul’s conversion experience.

Paul received “a messenger of Satan” to keep him from being conceited from the surpassing greatness of the vision he saw (2 Cor 12:7). It seems very unreasonable to think that Paul received his thorn in the flesh to keep him humble before he was — whether in or out of the body — caught up to the third heaven.

It’s not impossible that Paul’s thorn was poor eyesight; I do not know what it was. However, for the reasons outlined above, I do not believe his poor eyesight later in life originated on the Damascus Way.