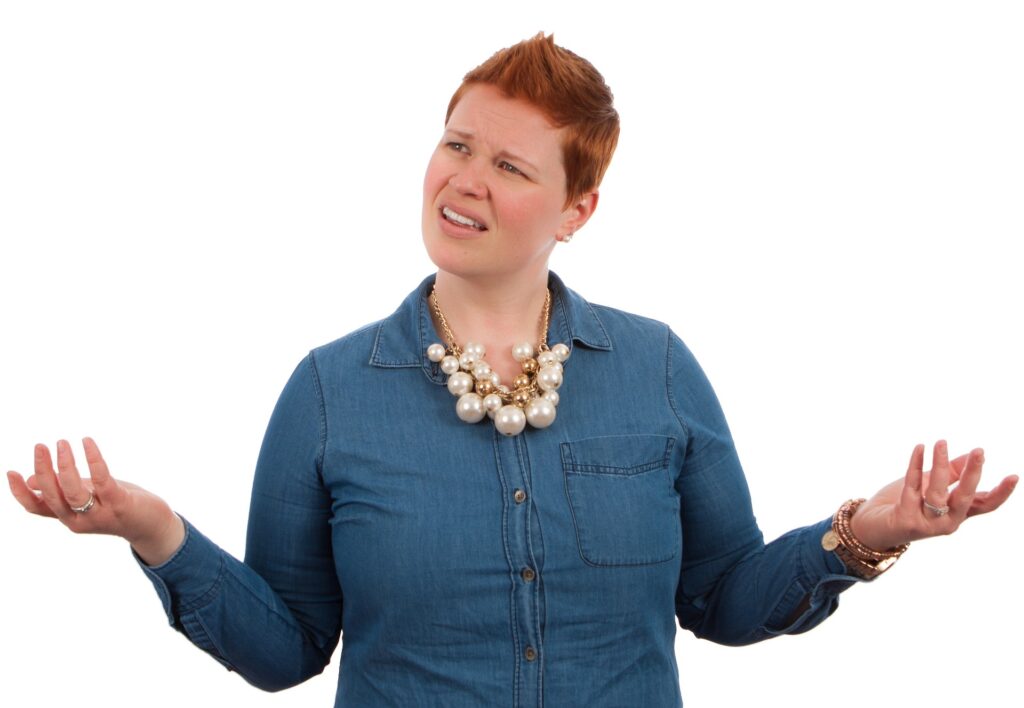 What is Secular Humanism?

Many believers in God—theists—have commented about Secular Humanism. Josh McDowell:

One of the most organized, most challenging and most clearly non-Christian philosophies of today is secular humanism. It is ably represented and defended by a core of prominent scientists and philosophers at the forefront of new scientific and philosophical thought. Secular humanism has its own meetings, its own “clergy” of spokesmen, its own “creed” called the Humanist Manifesto, and its own goals toward which it desires all of humanity to work. Because of its cohesive world view and strong threat to biblical Christianity, it needs to be examined. (Josh McDowell and Don Stewart, Handbook of Today’s Religions (San Bernardino, CA: Here’s Life Publishers, 1983), p. 259).

Nothing short of a great Civil War of Values rages today throughout North America. Two sides with vastly differing and incompatible worldviews are locked in a bitter conflict that permeates every level of society. (James C. Dobson and Gary L. Bauer, Children at Risk: The Battle for the Hearts and Minds of Our Kids (Dallas, TX: Word, 1990), p. 19, quoted in David A. Noebel, Understanding the Times (Eugene, OR: Harvest House Publishers, 1991), p. 7.

Secular humanism presents one of the greatest threats to the survival of Christianity in the world today. It is for this reason that a Christian should carefully study its basic beliefs and scrutinize their adequacy. (Normal L. Geisler, Is Man the Measure? (Grand Rapids, MI: Baker Bok House, 1983), pp. 7-8).

H. J. Blackham said, “Humanism is a concept of man focused upon a programme for humanity.” (H. J. Blackham, “A Definition of Humanism,” in The Humanist Alternative: Some Definitions of Humanism, ed. Paul Kurtz (Buffalo, NY: Prometheus Books, 1973), 35-37). In other words, Blackham is saying that humanism is focused on man.

To define twentieth-century humanism briefly, I would say that it is a philosophy of joyous service for the greater good of all humanity in this natural world and advocating the methods of reason, science, and democracy. (Corliss Lamont, The Philosophy of Humanism 6th ed. (New York: Frederick Ungar Publishing, 1982), p. 12).

Notice again in that quotation that humanism is focused on man. Hence, the name “humanism”: that which focuses on man.

The key message of humanism is not that humanists are nonbelievers in theistic religion—atheists, agnostics, or skeptics—but that we are believers, for we believe deeply in the potentialities of human beings to achieve the good life. Indeed, we wish to apply the virtues and principles of humanist ethics to enhance the human condition. (Paul Kurtz, “When Should We Speak Out? (Secular Humanism and Politics),” Free Inquiry Summer 2003, v. 23).

Secular humanists believe very simply that the human creature aspect of Christianity should be divorced from its religious beginnings and considered a major aspect of personal and social-political relationships. They suggest that making decisions on the basis of some supernatural force may lead to destructive irrationality. They believe the scientific method should not only be applied to technology but to the very nature of human relationships. They are strongly committed to the democratic, pluralistic/humanistic, secular society in the tradition of Jefferson. Many are pacifists who, like Jesus, are prepared to turn the other cheek and to eschew all forms of violence. They also believe with Einstein that genuine religiosity does not involve blind faith, fear of life and fear of death, but a search for rational knowledge. (Robert Primack and David Aspy, “The Roots of Humanism.” Educational Leadership, p. 266).

What are the Main Points of Humanism?

In that declaration, Kurtz gave the following ten principles of Secular Humanism:

One: Free Inquiry: The first principle of democratic secular humanism is its commitment to free inquiry. We oppose any tyranny over the mind of man, any efforts by ecclesiastical, political, ideological, or social institutions to shackle free thought.”

Two: Separation of Church and State:

Three: The Ideal of Freedom: “As democratic secularist, we consistently defend the ideal of freedom, not only freedom of conscience and belief from those ecclesiastical, political, and economic interests that seek to repress them, but genuine political liberty, democratic decision-making based upon majority rule, and respect for minority rights and the rule of law. . . . We are for the defense of basic human rights, including the right to protect life, liberty, and the pursuit of happiness.”

Four: Ethics Based on Critical Intelligence:

Eight: Science and Technology: “We believe the scientific method, though imperfect, is still the most reliable way of understanding the world. Hence, we look to the natural, biological, social, and behavioral sciences for knowledge of the universe and man’s place within it.”

What Should We Christians Say about Secular Humanism?

During the next several weeks, we will take each of those ten points we just enumerated and explore them in light of Scripture.

However, there are some important considerations we need to cover tonight.

According to Secular Humanism, the goal of life is to make human life on this earth better. According to Scripture, the goal of life is to honor God. “Now, O Israel, what does the LORD your God ask of you but to fear the LORD your God, to walk in all his ways, to love him, to serve the LORD your God with all your heart and with all your soul” (Deut 10:12). “Now all has been heard; here is the conclusion of the matter: Fear God and keep his commandments, for this is the whole duty of man” (Eccl 12:13). Man’s whole being is not centered on himself, it’s not even centered on making this world better for others; man’s whole being is centered on honoring God [fearing him] and keeping God’s commandments.

The scientific method the Secular Humanists to value came about as a result of Christianity. Contrary to other religions, Christianity established conditions under which scientific investigation could flourish (Charles Colson, How Now Shall We Live? With Nancy Pearcey (Wheaton, IL: Tyndale House Publishers, 1999).. Those beliefs are:

A belief that the physical world is real, not an illusion.

Many Eastern religions hold that the physical world is nothing but an illusion; what we see only appears to be. Christianity, on the other hand, teaches that this world really exists; therefore, it can be studied.

A belief that nature is good but not divine.

Christianity, on the other hand, teaches that this world is good (it is therefore worthy of study) but not divine. “In the beginning God created the heavens and the earth” (Gen 1:1). The world is good because God made it, and it is not divine, for the God who made the world is outside of the world.

Nature is orderly and predictable.

No other religion has considered there to be laws governing nature. But Christianity teaches that God is a Law-Giver, and many early scientists believed that the world operated by laws they could discover because God was seen as a Law-Giver.

The ethics espoused by Secular Humanists are anything but godly. They claim that ethics developed as a branch of philosophy (it is one of the major branches of philosophy) prior to any claim of divine sanction for ethical behavior. Where is the proof?

They also claim that man should use his reason to determine what is right and wrong. You know that ethics cannot be determined by reason: “I know, O LORD, that a man’s life is not his own; it is not for man to direct his steps” (Jer 10:23). Ethics flow from God’s character: “Just as he who called you is holy, so be holy in all you do; for it is written: ‘Be holy, because I am holy’” (1 Pet 1:15-16).

Moral education does not belong to the public schools; it belongs to the parents. Since God has largely been removed from the classroom, to what standard(s) can educators point?

Parents have no greater responsibility than training their children in righteousness. Deuteronomy 6:6-7. Ephesians 6:4. To Timothy Paul wrote, “From infancy you have known the holy Scriptures which are able to make you wise for salvation through faith in Christ Jesus” (2 Tim 3:15). How could Timothy know the Scriptures from infancy if he weren’t trained by his parents (we know that it was his mother and grandmother who trained him)? Fathers, let us not abandon the obligation we have in our homes to train our children!

Scripture teaches that man is made in God’s image, not the result of random chance. “God created man in his own image, in the image of God he created him; male and female he created them” (Gen 1:27). “From one man he made every nation of men, that they should inhabit the whole earth” (Acts 17:26).

As will be made clear in a future lesson, if we hold that man is nothing more than molecules which randomly came together, we have no reason to treat human life as valuable. Why not have abortions? Why condemn the atrocities of Hitler? Why be opposed to murder? Why be opposed to euthanasia?

In the coming weeks, we’ll explore the various nuances of Secular Humanism and ways to confront it.

We are in a battle for the hearts and minds of our children, and if we are not careful, we will lose the battle. Let us determine to engage in this warfare, and let us fight for our children and for our God!