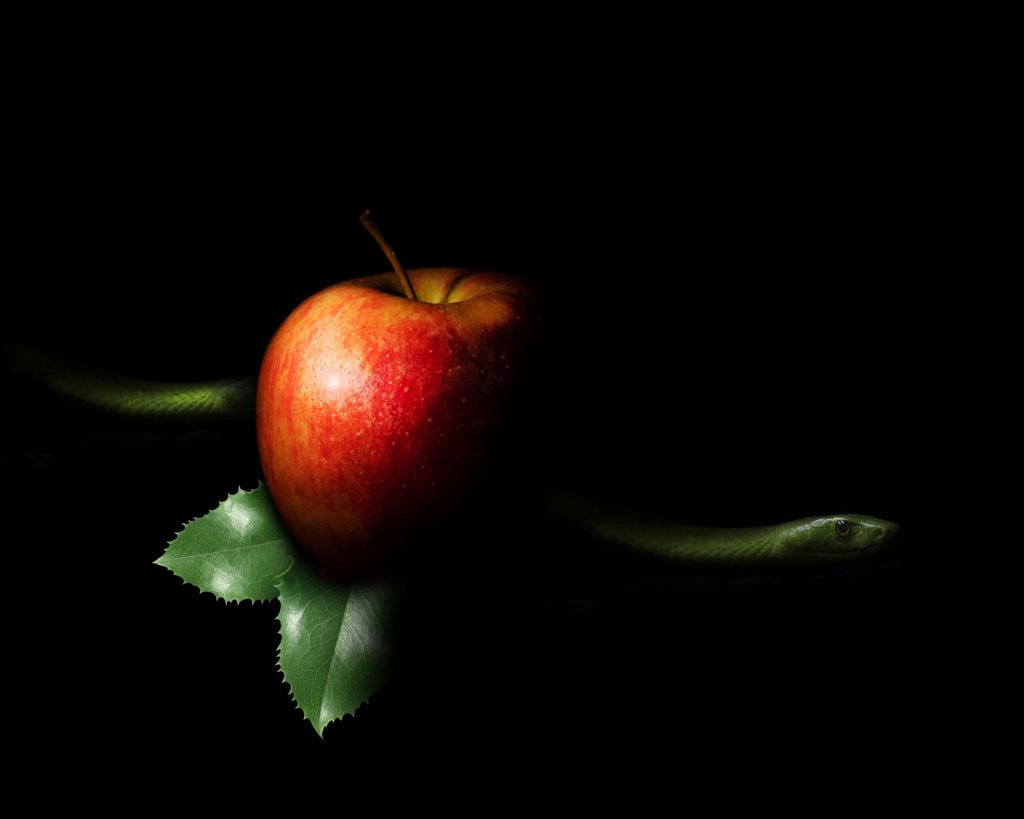 The Deceitfulness of Sin

There were two brothers, well known around town for their crooked business dealings and underworld connections. They were as mean and cold-blooded as you could imagine.

One day one of the brothers died, and the surviving brother wanted to give his dead brother a funeral fit for a king. He called the funeral home and made all the arrangements, then he called the town’s minister and made him an offer, as they say, he couldn’t refuse. The man said, “I will pay you $10,000 if, in eulogizing my brother, you call him a saint.”

The preacher agreed. The whole town turned out for the funeral. The preacher began his eulogy: “The man you see in the coffin was a vile and a debauched individual. He was a lair, a thief, a deceiver, a manipulator, a reprobate, and a hedonist. He destroyed the fortunes, careers, and lives of countless people in this city, some of whom are here today. This man did every dirty, rotten thing you can think of. But compared to his brother, he was a saint.”

Sin has a way of being deceptive like that—of making you think you are a saint when you are nothing of the sort.

Sin is Deceitful Because Of Its Author

Sin originates with Satan. “Now Satan stood up against Israel, and moved David to number Israel” (1 Chron 21:1). “Jesus was led up by the Spirit into the wilderness to be tempted by the devil” (Matt 4:1). “Then Satan entered Judas, surnamed Iscariot, who was numbered among the twelve. So he went his way and conferred with the chief priests and captains, how he might betray Him to them” (Lk 22:3-4).

I don’t mean to imply “The devil made me to it.” Satan can only tempt us where we are willing. “Each one is tempted when he is drawn away by his own desires and enticed. Then, when desire has conceived, it gives birth to sin; and sin, when it is full-grown, brings forth death” (Js 1:14-15). “Where do wars and fights come from among you? Do they not come from your desires for pleasure that war in your members? You lust and do not have. You murder and covet and cannot obtain” (Js 4:1-2). When Satan tempts us, he exploits the weaknesses we already have.

As he exploits those weaknesses, he deceives. “You are of your father the devil, and the desires of your father you want to do. He was a murderer from the beginning, and does not stand in the truth, because there is no truth in him. When he speaks a lie, he speaks from his own resources, for he is a liar and the father of it” (Jn 8:44). “Such are false apostles, deceitful workers, transforming themselves into apostles of Christ. And no wonder! For Satan himself transforms himself into an angel of light” (2 Cor 11:13-14).

Satan deceived Eve in the Garden. You remember that God had told Adam neither to touch nor to taste the tree of the knowledge of good and evil. When Satan quizzed Eve on God’s instructions, Eve got things right—she said, “God has said, ‘You shall not eat it, nor shall you touch it, lest you die'” (Gen 3:3). You know how Satan twisted God’s word all around: “The serpent said to the woman, ‘You will not surely die. For God knows that in the day you eat of it your eyes will be opened, and you will be like God, knowing good and evil” (Gen 3:4-5).

The New Testament refers to Eve’s temptation as deception. “I fear, lest somehow, as the serpent deceived Eve by his craftiness, so your minds may be corrupted from the simplicity that is in Christ” (2 Cor 11:3). “Adam was not deceived, but the woman being deceived, fell into transgression” (1 Tim 2:14).

Many years ago, a strong young Indian decided to climb to the summit of a nearby, snow-capped peak. He donned his buffalo-hide shirt, wrapped his blanket around himself, and set off. When he at last reached the summit and gazed over the endless panorama below, feeling the cold against him, he swelled with pride over his accomplishment.

Then he saw motion at his feet. It was a snake, which promptly and pitifully spoke to him. “I’m about to die,” said the snake. “It’s too cold for me up here, and I’m freezing. There is no food, and I am starving. Please wrap me under your shirt and take me down to the valley.” “No,” said the young man,” I know your kind. You are a rattlesnake, and if I pick you up, you will bite and kill me.” “No,” said the snake. “I will treat you differently. If you do this for me, you’ll be special and I’ll not harm you.”

At last the youth gave in to the creature’s pleading and tucked the snake under his shirt. Arriving down in the valley, the young man removed the snake and laid it on the ground. Whereupon the snake immediately coiled, rattled, struck, and planted his deadly fangs in the young man’s leg. “But you promised,” said the young man, falling, feeling the deadly venom entering his bloodstream. “You knew what I was when you picked me up,” said the serpent, slithering away. The serpent deceived that young man, and Satan can, and does, deceive us.

Sin is Deceitful in Its Appearance

Scripture warns us of how sin deceives in its appearance. Satan “transforms himself into an angel of light” (2 Cor 11:14). Although sin can look so appealing, you know the end result: “The wages of sin is death” (Rom 6:23).

Dr. George Sweeting says that several years ago his family visited Niagara Falls. They did so in the spring, and ice was rushing down the river. As Dr. Sweeting viewed the large blocks of ice flowing toward the falls, he could see that there were carcasses of dead fish embedded in the ice. Gulls by the score were riding down the river feeding on the fish. As they came to the brink of the falls, their wings would go out, and they would escape the falls.

Dr. Sweeting watched one gull which seemed to delay, and he wondered when it would leave. It was engrossed in the carcass of a fish, and when it finally came to the brink of the falls, out went its powerful wings. The bird flapped and flapped and even lifted the ice out of the water, and it appeared as though the bird would escape. But it had delayed too long so that its claws had frozen into the ice. The weight of the ice was too great, and the gull plunged into the abyss.

Isn’t that how sin works? It looks so appealing, but then we fall into the abyss.

Sin is Deceitful in Its Promises

Sin promises great things, but sin leaves us with nothing but death. The wicked are like the troubled sea, When it cannot rest, Whose waters cast up mire and dirt. ‘There is no peace,’ Says my God, ‘for the wicked'” (Is 57:20-21). “By faith Moses, when he became of age, refused to be called the son of Pharaoh’s daughter, choosing rather to suffer affliction with the people of God than to enjoy the passing pleasures of sin” (Heb 11:24-25). “Most assuredly, I say to you, whoever commits sin is a slave of sin” (Jn 8:34). Romans 6:16-18.

Sin promises much, but delivers nothing but heartache, death, and despair.

Sin is Deceitful in Its Popularity

Although sin brings popularity, for the majority are engaged in it, that road leads to destruction.

Once a spider built a beautiful web in an old house. He kept it clean and shiny so that flies would patronize it. The minute he got a “customer” he would clean up on him so the other flies would not get suspicious.

Then one day this intelligent fly came buzzing by the clean web. Old man spider called out, “Come in and sit.” But the intelligent fly said, “No, sir. I don’t see other flies in your house, and I am not going in alone!” But presently he saw on the floor below a large crowd of flies dancing around on a piece of brown paper. He was delighted! He was not afraid if lots of flies were doing it. So he came in for a landing. Just before he landed, a bee zoomed by, saying, “Don’t land there, stupid! That’s flypaper!” But the intelligent fly shouted back, “Don’t be silly. Those flies are dancing. There’s a big crowd there. Everybody’s doing it. That many flies can’t be wrong!” You know what happened—that fly died on that paper.

Are we going along with the majority and ending up in a mess?

Sin is Deceitful in Its Reasoning

You know how sin reasons with us. “Go ahead and do this. You can quit whenever you want. It won’t be any problem at all.” “You’ll never get caught. No one ever needs to know that you did this.” “Go ahead. You’re not going to hurt anyone.” “It’ll never happen to me. Someone else might face dire consequences for this sin, but I won’t.”

You know that such reasoning is quite deceitful. Again, we need to hear the words of Jesus; “Most assuredly, I say to you, whoever commits sin is a slave of sin” (Jn 8:34). We would do well to remember the inspired words of Moses: “If you do not do so, then take note, you have sinned against the LORD; and be sure your sin will find you out” (Num 32:23).

Julie had just taken a raccoon as a pet. Gary Richmond, a friend of hers who happens to be a zookeeper, informed her that raccoons go through a glandular change at about 24 months and often attack their owners.

Julie listened politely as Richmond explained the coming danger. She said, “It will be different for me. . . .” And she smiled as she added, “Bandit wouldn’t hurt me. He just wouldn’t.” Three months later Julie underwent plastic surgery for facial lacerations sustained when her adult raccoon attacked her for no apparent reason. Bandit was released into the wild.

Sin is Deceitful in Its Reward

Sin promises so many rewards—popularity, happiness, prosperity, but fails to deliver on any of them. “Each one is tempted when he is drawn away by his own desires and enticed. Then, when desire has conceived, it gives birth to sin; and sin, when it is full-grown, brings forth death” (Js 1:14-15). “The soul who sins shall die. The son shall not bear the guilt of the father, nor the father bear the guilt of the son. The righteousness of the righteous shall be upon himself, and the wickedness of the wicked shall be upon himself” (Ezek 18:20).

Sin promises so much, but the only thing it offers in return is death. “The wages of sin is death, but the gift of God is eternal life in Christ Jesus our Lord” (Rom 6:23). Sin will give you death. But if we turn from sin and obey Him, God will give us life. “Having been perfected, He became the author of eternal salvation to all who obey Him” (Heb 5:9). The free gift is yours for the taking.

Do you need to come and obey Jesus tonight and thereby receive His free gift of eternal life?