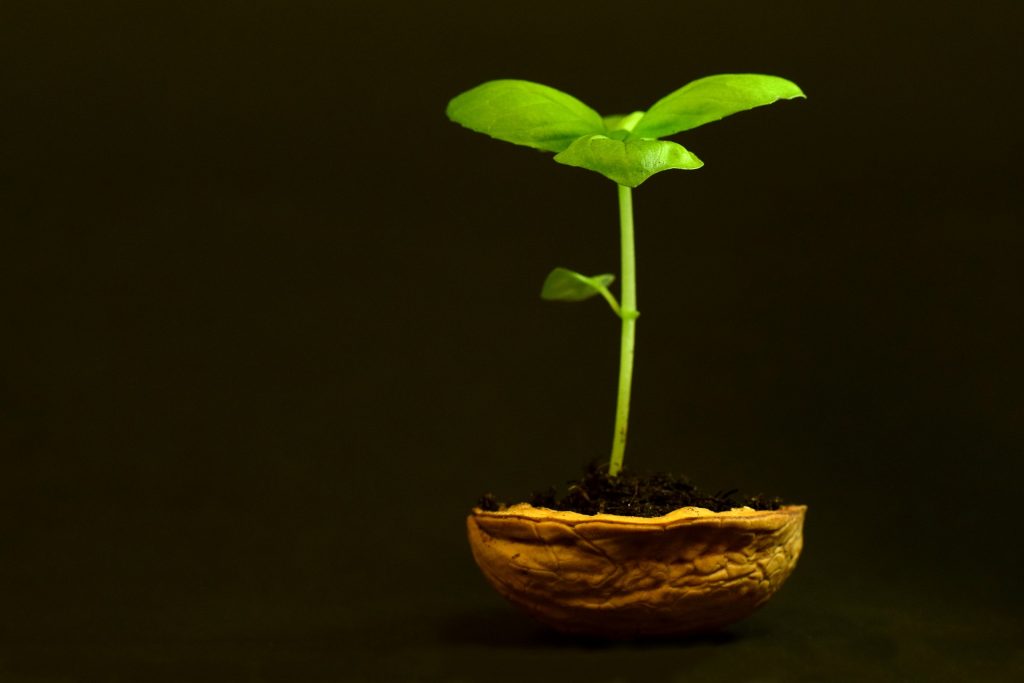 My Papaw Lee was a fine, fine man. He taught his grandsons to treat others with respect, and I still find myself doing things a certain way because Papaw did them that way.

As much as Papaw taught us boys to do right—and expected us to do right—he wasn’t a Christian. No matter how much we talked to Papaw or begged him, he refused to obey the gospel. When as a teenager I would preach, I’d beg Papaw to come hear me, but he never did—he simply wasn’t interested. I gave up hope of Papaw’s ever obeying the gospel.

However, Papaw was diagnosed with cancer, and it became obvious that his days were numbered. One day I got home from the office and Dad called to say that Papaw was being baptized into Christ. One whom I believed would die lost came to Jesus.

You’ve surely known people who rejected the gospel for years and then eventually became a Christian. Maybe you never thought your husband—as much as you love him—would ever become a Christian and then did did. Maybe one of your children wandered from the faith, and you gave up hope only to have her return to her first love. Maybe you knew someone who attended service after service without responding to God’s call—and then one day his heart was pricked like never before and he was clothed with Christ. Maybe you yourself were once far from the kingdom, and people had given up on you—yet here you are.

You also probably have people in your life right now whom you desperately want to come to Jesus, yet they refuse to do so—maybe a spouse, a child, a parent, or a friend. It seems to me that as our Bring-A-Friend Day approaches, we should face head on the question of those who just will not come to Jesus.

Without divine intervention, a man like that is not going to become a Christian. When Jesus told Ananias to go to Saul, Ananias had serious doubts that Saul could become a Christian: Acts 9:13-14. After his conversion, Saul’s brothers and sisters in Jerusalem didn’t believe he was a genuine Christian: “When [Saul] had come to Jerusalem, he attempted to join the disciples. And they were all afraid of him, for they did not believe that he was a disciple” (Acts 9:26). Yet, Saul of Tarsus did become a Christian and gave his life preaching the gospel and then willingly suffered martyrdom.

Those who stoned Stephen laid their garments at Saul’s feet. In antiquity, people often stripped for exercise. Lifting heavy rocks and throwing those rocks at Stephen would have been hard work, and these men would have worked up a sweat. They needed some place to put their clothes—Saul helped them kill Stephen by taking care of their clothes.

Saul is described as a young man. The Greek term for “young” most commonly referred to someone in his or her twenties. Paul is, therefore, a rather young man when Stephen was murdered.

Saul consented to his death. Saul would have been too young to be a part of the Sanhedrin. However, he approved of their actions.

Most persecutions only targeted men, not women. That Saul was persecuting women demonstrates just how over-the-top his persecution was. The only charge against these Christians seems to have been an assumption that they opposed the temple.

Understand that prison in antiquity was very different than today. Prison in antiquity was not punishment; it was simply a holding place until trial. At the trial, the defendant was either found “not guilty” and released, or he was found guilty and executed. Saul, in other words, was gathering up folks to be put to death.

Saul was “breathing threats and murder”—Saul was consumed with persecuting the church.

Saul approached Damascus around noon. Noon was considered the beginning of the hottest time of the day, so people would eat a light meal and take a nap. You only traveled or conducted business at noon if you absolutely had to; Saul wanted to end Christianity so badly that he worked even during the hottest part of the day when everybody else was napping.

As you know, however, Jesus appeared to Saul as he neared Damascus. Saul responded to Jesus’s call and became the apostle to the Gentiles.

One: God must CHANGE.

You must understand only God can change the heart. It would have done no good for some well-meaning person to say, “Saul, please become a Christian.” For all we know, some of those whom he persecuted urged Saul to come to Jesus. But God had to change his heart. God did so when Jesus spoke with Saul on the road to Damascus.

God changed Saul’s heart, and only God can change people heart’s today. Saul’s heart was changed when Jesus spoke to him from heaven; hearts are changed today as God speaks through Scripture. “I am not ashamed of the gospel, for it is the power of God for salvation to everyone who believes” (Rom 1:16). “The word of God is living and active, sharper than any two-edged sword, piercing to the division of soul and of spirit, of joints and of marrow, and discerning the thoughts and intentions of the heart” (Heb 4:12).

Notice what Paul said about the growth of the Corinthian church: 1 Corinthians 3:5-7. While Paul and Apollos labored in Corinth, God grew the church. Things have not changed one iota—while we must labor like Paul and Apollos, God still grows churches.

Because God changes hearts, you cannot force people—You aren’t the one changing the heart—God is. You can certainly encourage people to obey the gospel. Peter did that at Pentecost: “With many other words he bore witness and continued to exhort them, saying, ‘Save yourselves from this crooked generation’” (Acts 2:40). Paul did that with the Corinthians: “We are ambassadors for Christ, God making his appeal through us. We implore you on behalf of Christ, be reconciled to God” (2 Cor 5:20).

Because God changes hearts, you cannot become discouraged. Your role is to share truth, not convert. God does the converting through his truth as the word falls on good and honest soil.

In other words, you need to be patient. Saul was raving the church and a violent enemy of God. His heart wasn’t yet ready to accept the truth. Only when God got a hold of his heart did Saul come to Jesus.

You need to exercise patience as you sow the seed of the gospel. God displays patience with those in sin: “The Lord is not slow to fulfill his promise as some count slowness, but is patient toward you, not wishing that any should perish, but that all should reach repentance” (2 Pet 3:9).

God demonstrated great patience waiting for you to come to him. You need to demonstrate patience with others.

You need courage to go to others with the gospel. You can be nervous of rejection, of anger, of alienating friends, or not being able to answer a question. But the cowardly will have “their portion . . . in the lake that burns with fire and sulfur, which is the second death” (Rev 21:8).

How can you find the courage to share your faith?

Remember Jesus goes with you.

The Lord told his disciples, “Behold, I am with you always, to the end of the age” (Matt 28:20). The context of that promise is the Great Commission where Jesus commanded his apostles to make disciples. When you go to someone with the truth, you never go alone. When you invite others to Bring-A-Friend Day, Jesus will be right there beside you.

Remember why you go.

You’re taking the gospel to someone to keep that person out of an eternal hell! You aren’t playing a game; you are doing something deadly serious. When you give someone an invitation to Bring-A-Friend Day, you are seeking to change his eternal destiny. If helping someone go to heaven doesn’t give you courage to go share your faith, there is something wrong with you.

Four: You need to CALL.

In other words, you need to make that invitation to come to Jesus. Ananias made the call to Saul: “And now why do you wait? Rise and be baptized and wash away your sins, calling on his name” (Acts 22:16). As you call others to attend Bring-A-Friend Day, you are calling them to come to Jesus.

Do you yourself need to come to Jesus this morning?