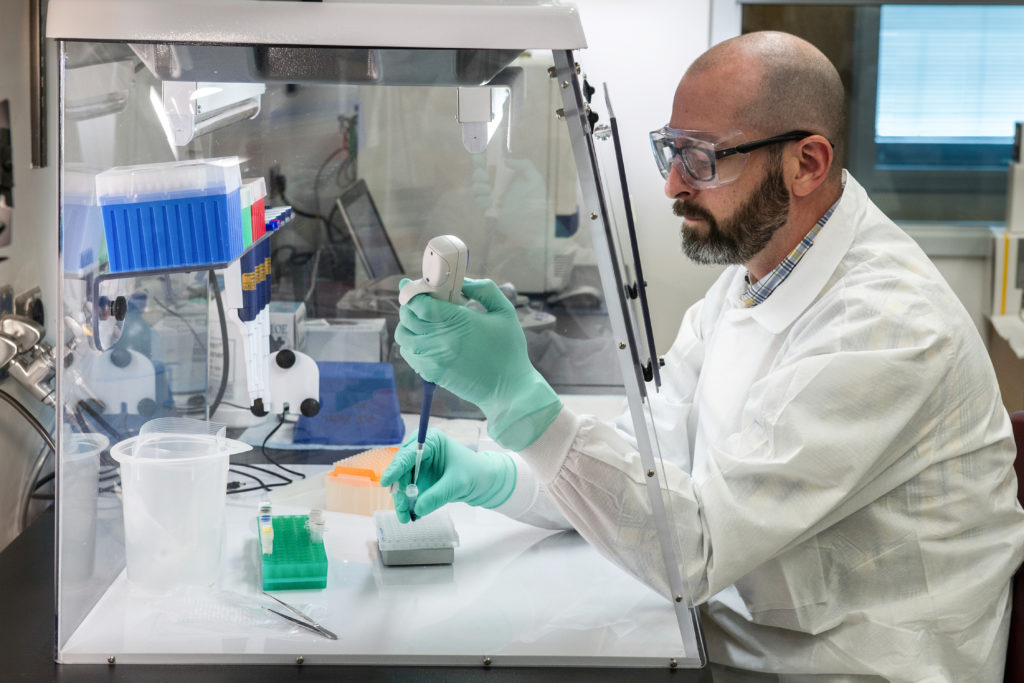 The Secular Humanist Concept of Science and Technology

We believe the scientific method, though imperfect, is still the most reliable way of understanding the world. Hence, we look to the natural, biological, social, and behavioral science for knowledge of the universe and man’s place within it. Modern astronomy and physics have opened up exciting new dimensions of the universe: they have enabled humankind to explore the universe by means of space travel. Biology and the social and behavioral sciences have expanded our understanding of human behavior. We are thus opposed in principle to any efforts to censor or limit scientific research without an overriding reason to do so.

While we are aware of, and oppose, the abuses of misapplied technology and its possible harmful consequences for the natural ecology of the human environment, we urge resistance to unthinking efforts to limit technological or scientific advances. We appreciate the great benefits that science and technology (especially basic and applied research) can bring to humankind, but we also recognize the need to balance scientific and technological advances with cultural explorations in art, music, and literature (Kurtz, A Secular Humanist Declaration, 20-21).

Technology is a vital key to human progress and development. We deplore any neo-romantic efforts to condemn indiscriminately all technology and science or to counsel retreat from its further extension and use for the good of humankind We would resist any moves to censor basic scientific research on moral, political, or social grounds Technology must, however, be carefully judged by the consequences of its use; harmful and destructive changes should be avoided. We are particularly disturbed when technology and bureaucracy control, manipulate, or modify human beings without their consent. Technological feasibility does not imply social or cultural desirability (Humanist Manifesto II, Sixteenth)

Knowledge of the world is derived by observation, experimentation, and rational analysis. Humanists find that science is the best method for determining this knowledge as well as for solving problems and developing beneficial technologies (Humanist Manifesto III)

Tonight, let us explore the Secular Humanist concept of science and technology.

Should We Be Afraid of Science?

The quotes given tonight certainly imply that we Christians have every reason to fear science because science and faith are incompatible. Notice the Humanist Manifesto II says, “We deplore any neo-romantic efforts to condemn indiscriminately all technology and science or to counsel retreat from its further extension and use for the good of mankind.” There are many Christians who undoubtedly fear that scientic investigation will one day demonstrate that there is no reason whatsoever to believe in God.

Do we have any reason to be afraid of science? Of course not.

We’re told in scripture that God created the cosmos. “In the beginning God created the heavens and the earth” (Gen 1:1). If God did create the world, as I’m persuaded that he did, what do we have to fear from investigating the physical world?

Many amazing scientific discoveries were made by theists (Heeren, Show Me God: What the Message from Space is Telling Us About God, 1997).

Technology certainly has served a useful place in our society.

The Humanists assert such. “We appreciate the great benefits that science and technology (especially basic and applied research) can bring to humankind” (Kurtz, A Secular Humanist Declaration). “Technology is a vital key to human progress and development” (Humanist Manifesto II, Sixteenth).

Some of you wouldn’t be sitting tonight if it weren’t for medical technology—Tammy and RJ wouldn’t be. Tammy had a horrible time in delivery—her blood pressure was at a dangerously high level. RJ became stuck in the birth canal, and am emergency Caesarean was required to save both my wife and my first child. RJ was so premature that he couldn’t eat properly, and he required a tube for feeding. If it weren’t for modern medical technology, I wouldn’t have a family.

Through agricultural science, we can now produce far more abundant crops and better food to feed the world’s population. Through the modern media, we know instantly what’s taking place on the other side of the world. Additionally, we can utilize those media to proclaim the gospel and to know of dangerous weather conditions or national emergencies where we need to take precautions to save lives.

Does not our modern technology come indirectly from God?

In using our intelligence and rationality in understanding the world around us, we are using the faculties with which God endowed us.

Additionally, using technology is part of the command God gave Adam. “Be fruitful and increase in number; fill the earth and subdue it. Rule over the fish of the sea and the birds of the air and over every living creature that moves on the ground” (Gen 1:28). God intended man to subdue the earth and in appropriate use of technology, man is able to do that.

Science is Given Far Too Much Prominence in Secular Humanism

The Humanists look to science, rather than Scripture, to find man’s place in the world.

You know that Scripture and Scripture alone can provide that guidance. “The precepts of the LORD are right, giving joy to the heart. The commands of the LORD are radiant, giving light to the eyes” (Ps 19:8). “We have the word of the prophets made more certain, and you will do well to pay attention to it, as to a light shining in a dark place, until the day dawns and the morning star rises in your hearts” (2 Pet 1:19).

Scripture is the light which tells us of man’s place within the universe. Only the light of Scripture will suffice: “All Scripture is God-breathed and is useful for teaching, rebuking, correcting and training in righteousness, so that the man of God may be thoroughly equipped for every good work” (2 Tim 3:16-17). Scripture will “thoroughly” equip us for all good works—we don’t need any other revelation (be in science, opinions, or whatever) to tell us our place in this universe.

In regard to human behavior, the Humanists look to biology and the social and behavior sciences. Such is extremely dangers.

When we look at human behavior only in terms of biology, sociology, ad behavioral sciences, we forget that man has a real possibility to sin. It is as Glenn Tinder wrote, “Much of the tragic folly of our times, not only on the part of extremists such as Lenin but also on the part of middle-of-the-road liberal and conservatives, would never have arisen had we not, in our technological and ideological price, forgotten . . . sin” (Tinder, “Birth of a Troubled Conscience,” quoted in Colson, How Now Shall We Live?, 165).

Sigmund Freud developed an evolutionary solution to human behavior (Colson, How Now Shall We Live?). According to Frued, humans’ more primitive impulses (the id) come from the brain’s animal part; the rational mind (the ego) evolved later. Thus, what society views as bad isn’t bad at all—it’s simply the animal part of man’s brain coming through. It’s all because of evolution, not poor use of moral responsibility.

Ivan Pavlov, who became famous for his experiments on salivating dogs, stated that all mental life could be explained “in entirely mechanical terms of stimulus and response” (Colson, How Now Shall We Live?, 173). Thus, what I do is just the response to stimuli not because I choose to act in a certain way.

J. B. Watson, behaviorism’s founder, said, “Give me the baby and . . . the possibility of shaping in any direction is almost endless” (Watson, The Way of Behaviorism, 35). Thus, through behaviorism, we can train children to do what the state deems appropriate.

We’re headed down this path in the United States, but is this a path we really want to continue on?

Science is Not Given Moral Restrictions in Secular Humanism

My biggest problem with the Secular Humanist concept of science is their desire to purge science of moral responsibility.

C.S. Lewis, the well-known Christian apologist, said that the rise of scientific naturalism would lead to “the abolition of man,” for such science “denies the reality of those things central to our humanity; our sense of right and wrong, of purpose, of beauty, of God” (Colson, How Now Shall We Live?, 404).

Francis A. Schaeffer aptly said, “Modern man has no real boundary condition for what he should do; he is left only with what he can do” (Schaeffer, How Should We Then Live?, 237).

What scientific or technological practices might be morally objectionable?

What about stem cell research?

There is great potential in stem cell research. Each embryonic stem cell has the capacity to develop into al 210 different kinds of tissue in the human body (J. Kerby Anderson, “Cloning, Stem-Cell Research, and the Bible,” Bibliotheca Sacra 159: 462-472). Thus, it is possible that stem cell research could lead to curses for paralysis, diabetes, heart disease, cancer, and a host of other ailments.

The problem, however, is that embryonic stem cells are harvested for research by puncturing the embryo and that process kills the embryo.

What about human cloning?

In 1997, scientists did what was once considered unthinkable: Ian Wilmut produced a cloned sheep from the mammary cell of an adult ewe (Bert Thompson, The Christian and Medical Ethics Scripture and Science Series, rev. ed., Apologetics Press, 1999). Dr. Wilmut and his colleagues fused 277 eggs with udder cells and produced only 29 embryos, and only the sheep famously named Dolly survived more than 6 days.

Why be concerned about the ethical implications of stem cell research and cloning? Because they result in the destruction of human life.

Scripture teaches that even the child in the womb is fully human. Psalm 139:13-16. Scripture presents God as active in conception: “God remembered Rachel; he listened to her and opened her womb” (Gen 30:22). Rachel bore Joseph through the Lord’s intervention. Elizabeth regarded John as a person before he was born. She told Mary, “As soon as the sound of your greeting reached my ears, the baby in my womb leaped for joy” (Lk 1:44). The word for “baby” is used in the New Testament for a child both inside and outside the womb.

What are we to make of the biblical teaching?

We cannot view as acceptable the destruction of human life—period. Whether in the form of abortion, infanticide, murder, cloning, or stem-cell research, the taking of human life is unacceptable.

What about the possible benefits from cloning and stem-cell research? There re other types of stem-cell research than just embryonic stem cell-research—stem-cells can be harvested from placentas and umbilical cords and from some adult tissues such as bone marrow and the nervous system (Anderson, “Cloning, Stem-Cell Research, and the Bible”). If humanity can be benefited from research on stem-cells other than embryonic stem-cells, let us research! If we can benefit from cloning animals, let us clone them. They are not made in the likeness and image of God as we are!

Because we are made in the likeness and image of God, we have a soul which shall live eternally. Do you need to come tonight and prepare that God-given soul for eternity?