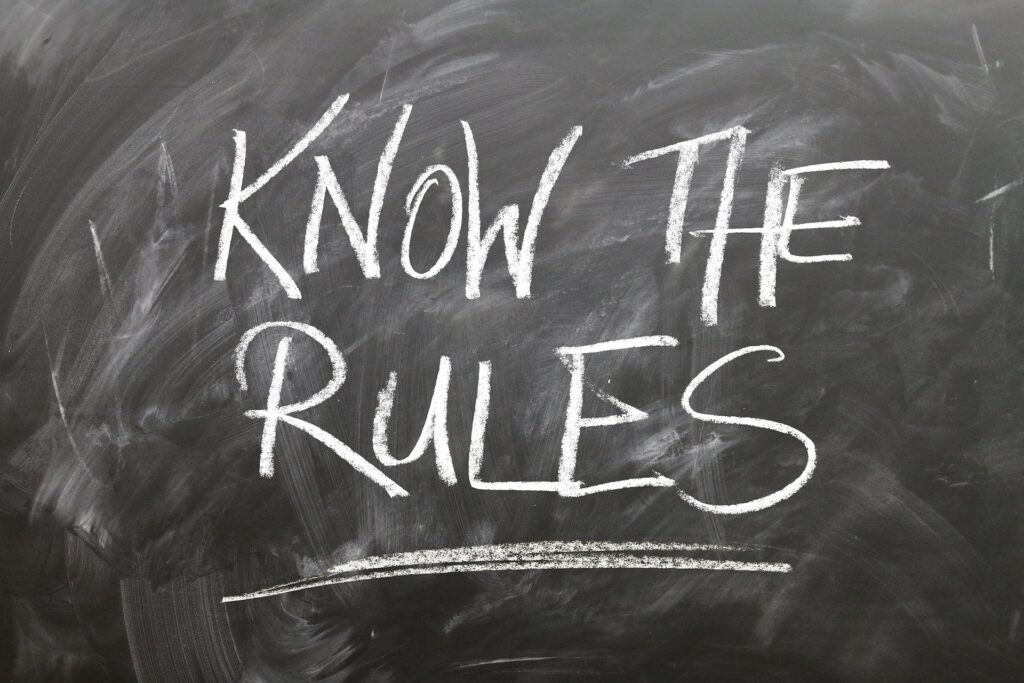 We believe that moral development should be cultivated in children and young adults. We don not believe that any particular sect can claim important values as their exclusive property; hence it is the duty of public education to deal with these values. Accordingly, we support moral education int eh schools that is designed to develop an appreciation for moral virtues, intelligence, and the building of character. We wish to encourage wherever possible the growth of moral awareness and the capacity for free choices and an understanding of the consequences thereof. We do not think it is moral to baptize infants, to confirm adolescents, or to impose a religious creed on young people before they are able to consent. Although children should learn about the history of religious moral practices, these young minds should not be indoctrinated in a faith before they are mature enough to evaluate the merits for themselves. It should be noted that secular humanism is not so much a specific morality as it is a method for the explanation and discovery of rational moral principles. (Paul Kurtz, A Secular Humanist Declaration (Buffalo, NY: Prometheus Books, 1980, 16-17).

A journal article on Secular Humanism in school says, “Contemporary language arts, social studies and health education often stress the use of human reasoning in the study of values. Students are encouraged to create, clarify and support their own values.” (Rodney B. Farmer, “Secular Humanism: The Newest Controversy in Education,” College Student Journal: 160).

Ethical education should be taught in the public schools as well; but often this kind of education is threatened by sectarian religionists, particularly in pluralistic societies where what is to be taught is open to incessant controversy Conservatives maintain that we should teach our children reading, writing, and arithmetic. But why not the moral decencies as well? Surely, no matter what our religion affiliations, we share a common core of moral principles . . . Some parents fear autonomy of choice or independent thinking in their children. They wish their children to follow their guidelines and not stray from the faith of their fathers. They fear that their children may reject their views on sexual morality, abortion, or euthanasia. . . . The humanist replies that children have a right to know and a right to develop their own conceptions of a good life, even if their parents might disagree. (Kurtz, Eupraxophy, 141).

Tonight, we wish to explore these statements in the life of Scripture.

Can Any Group Claim Values as Their Exclusive Property?

No, no group or individual can claim values as belonging to them and none other. Truth belongs to God, not man. “Guide me in your truth and teach me, for you are God my Savior, and my hope is in you all day long” (Ps 25:5). The psalmist referred to God as the God of truth: “Redeem me, O LORD, the God of truth” (Ps 31:5). “Your righteousness is everlasting and your law is true” (Ps 119:142).

Because truth comes from God, we should not be surprised to find that God’s Son possesses great truth. “The Word became flesh and made his dwelling among us. We have seen his glory, the glory of the One and Only, who came from the Father full of grace and truth” (Jn 1:14). Jesus told Thomas, “I am the way and the truth and the life” (Jn 14:6). Paul told the Ephesians, “Surely you heard of him and were taught in him in accordance with the truth that is in Jesus” (Eph 4:21).

In reality, the secular humanists are quite correct in saying that no group can claim values as their exclusive property, for truth does not belong to man, but to God.

God, however, has placed that truth into men’s hands. Speaking about his apostleship, Paul wrote, ‘We have renounced secret and shameful ways; we do not use deception, nor do we distort the word of God. On the contrary, by setting forth the truth plainly we commend ourselves to every man’s conscience in the light of God” (2 Cor 4:2). “Speaking the truth in love, we will in all things grow up into him who is the head, that is, Christ” (Eph 4:15)—Notice that we’re to be speaking the truth.

We have an obligation to speak the truth of God. We have been commanded to share the faith with others. “Go and make disciples of all nations, baptizing them in the name of the Father and of the Son and of the Holy Spirit, and teaching them to obey everything I have commanded you” (Matt 28:18-19)—Notice that part of the role of making disciples is teaching them to obey the commandment of Jesus, who described himself as the truth. Jesus told the apostles, “You will be my witnesses in Jerusalem, and in all Judea and Samaria, and to the ends of the earth” (Acts 1:8). Jesus intended the apostles to be eyewitnesses and to offer personal testimony of what he taught and did. While we cannot be witnesses in the same sense as the apostles, we can proclaim the truthfulness of the apostles’ testimony.

Some may not like the proclamation of the truth; we’re told that will be the case. “The time will come when men will not put up with sound doctrine. Instead, to suit their own desires, they will gather around them a great number of teachers to say that their itching ears want to hear. They will turn their ears away from the truth and turn aside to myths” (2 Tim 4:3-4). The old cliché is: “The truth hurts.” Think about how much biblical truth hurts those who subscribe to Secular Humanism. Biblical truth says that individuals are free to believe whatever they choose, but that not everything we choose to believe is true. Biblical truth says ethics are based upon God’s standard, not critical intelligence.

Saints of old spoke truth in spite of opposition. When the Sanhedrin told Peter and John not to proclaim in the name of Jesus, the apostles replied, “Judge for yourselves whether it is right in God’s sight to obey you rather than God. For we cannot help speaking about what we have seen and heard” (Acts 4:19-20). The Apostle John was exiled on Patmos for his testimony to the truth: “I, John, your brother and companion in the suffering and kingdom and patient endurance that are ours in Jesus, was on the island of Patmos because of the word of God and the testimony of Jesus” (Rev 1:9). Let us be those who are willing to speak truth as revealed by God, whether that truth is popular or unpopular!

Should Public Education Deal with Values

In one way or another, values are going to be taught in school.

Participants on all sides of the debate, as well as courts and legal scholars, agree that a “valueless” education is not possible. In fact, the very nature of the public school environment makes it impossible not to convey values, whether consciously or unconsciously. Purpel and Ryan, authors of several books on the subject of moral education, note that the sheer number of hours a child spends in the classroom is a significant argument: “It is inconceivable for the schools to take [a] child for sex or seven hours a day, for 180 days a year, from the time he is six to the time he is eighteen, and not affect the way he thinks about moral issues. (Barbara B. Gaddy, T. William Hall, and Robert J. Marzano, School Wars: Resolving our Conflicts over Religion and Values (San Francisco: Jossey-Bass, 1996), 207-208.)

I don’t see how public education can deal with appropriate values. When we dealt with Secular Humanism and ethics, we demonstrated that ethics flows from God’s character.

However, God has been removed from the public schools. In 1962, the United States Supreme Court in Engel v. Vitale ruled school prayer to be unconstitutional (Ibid.). In 1963, the Supreme Court ruled in Abington School District v. Schempp that Bible reading and recitation of the Lord’s Prayer were also unconstitutional (Ibid.). In 1980, the Court ruled in Stone v. Graham that the Ten Commandments could not be posted in public schools (Robert Waggoner, “The Humanization of America in Culture, Education, and Law.” http://www.biblicaltheism/humanameri.htm (accessed on October 28, 2005). Thus, the very foundation of morality—God—has been removed from public education. Schools aren’t able to point to Scripture to say what is inherently right and wrong. Therefore, why should they waste their time with values clarification?

The public schools do not have the responsibility to teach values; teaching values is a responsibility which falls to parents. “Impress them [God’s laws] on your children. Talk about them when you sit at home and when you walk along the road, when you lie down, and when you get up” (Deut 6:7). “Train a child in the way he should go” (Prov 22:6). You know that text quite well. But notice the first half of the proverb: “Train a child in the way he should go.” In other words, teach your children. “Fathers, do not exasperate your children; instead, bring them up in the training and instruction of the Lord” (Eph 6:4). You’ve heard me mention these texts quite often, but I don’t know that we can overemphasize the need we have to train our children what is right and wrong.

What about the Claim that It’s Immoral to Train Children in Religion?

The humanists really talk out of both sides of their mouth when it comes to this claim. On the one hand, they claim that we need to send our children to school and allow the schools to teach our children values. On the other hand, they claim that parents have a moral obligation not to teach their children religious ideas. What the humanists are saying, in essence, is, “Don’t you teach your children your values. You send them to the public schools and allow the public schools to teach them our values.” What such blatant hypocrisy!

The humanists claim that children should be able to evaluate religious tenets for themselves before accepting them. Why aren’t they willing to allow children an opportunity to investigate the claims of Secular Humanism before they’re taught that in the public schools?

Is There Anything Commendable about These Statements?

There is some great good in the idea of values “clarification.” Notice the following quote once again: “Contemporary language arts, social studies and health education often stress the use of human reasoning in the study of values. Students are encouraged to create, clarify and support their own values” (Rodney B. Farmer, “Secular Humanism: The Newest Controversy in Education,” College Student Journal: 160). Students cannot create values—values come from God.

Have you clarified your values? Do you know Scripture well enough to know what you believe and why you believe what you believe? “How can a young man keep his way pure? By living according to your word” (Ps 119:9). “I have hidden your word in my heart that I might not sin against you” (Ps 119:11).

Do you need to spend more time in Scripture that you can more accurately clarify your values? Do you need to come tonight and ask for the church’s help in that clarification?