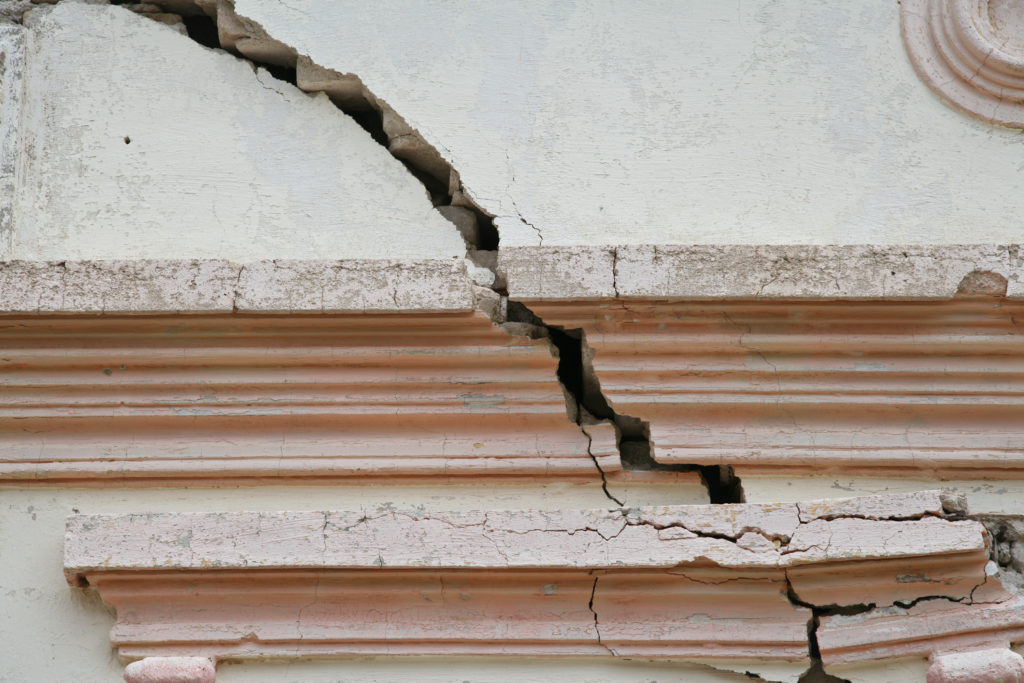 Earthquakes can be terribly devastating. The earthquake with the greatest loss of life occurred in 1556 in Shensi, Central China when 830,000 people were killed. The second greatest loss of life occurred on July 28, 1976, near Peking, China, when 655,000 people died and at least 780,000 were injured. The greatest physical devastation was in the earthquake on the Kanto plain, Japan, on September 1, 1923. In Tokyo and Yokohama, 575,000 dwellings were destroyed. The number of people killed and missing in this quake and the resultant fires was 142,807.

Earthquakes can be terribly frightening. When I was around 6 or 7, my family and I were in our den watching the Cincinnati Reds. During the game, my parents fell asleep. I was lying on the couch when the fan sitting in the floor began to shake, and soon the whole house was shaking violently. Mom and Dad quickly jumped up to discover what had just transpired. When I was in high school, I had just dozed off when I was nearly shaken out of bed by another earthquake. Mom, the only one awake at the time, began running through the house, yelling “Randy, Randy, get up.” I’m still not sure what she expected Dad to do. We got up and watched the 11:00 news while we experienced a few aftershocks.

Tonight’s text speaks of the fright and destruction of earthquakes. In our text, the earthquake is not simply a seismic event, rather, it is a divine judgment event. Let us explore this text to be informed about the earth shaken by judgment.

Whoever spoke these words, the speaker was in the presence of God—either God himself or one in proximity to him; therefore, this is divine judgment about to come.

The voice said, “It is done!” The wrath of God is about to be completed, fully carried out. In chapter 18, we will have more judgment, but really chapter 18 is these verses in further detail; here we are simply given a synopsis. There will be no more judgment upon Rome after this judgment.

“There were flashes of lightning, rumblings, peals of thunder, and a great earthquake such as there had never been since man was on the earth, so great was that earthquake.”

The language here is reminiscent of a theophany, a divine appearance. “On the morning of the third day there were thunders and lighnings and a thick cloud on the mountain and a very loud trumpet blast, so that all the people in the camp trembled” (Exodus 19:16). “From the throne came flashes of lightning, and rumblings and peals of thunder” (Revelation 4:5).

The meaning is unmistakable considering this imagery—God was about to come; it would be he who would judge the Roman Empire.

The great city was divided into three parts, and the cities of the nations fell. The city’s being divided into three parts could show the city’s complete destruction. The cities of the nations fell because Babylon fell. This shows the interdependence of world cities, or it could just show the dependence of these other cities upon Babylon. Imagine what would occur today if New York were to fall. The economy, the culture and everything about the city fall into utter disrepute. Other cities in this nation, and around the world, would begin to fall—their economies, their cultures, and everything else about those cities would fall into utter disrepute.

Great Babylon was remembered before God, to give her the cup of the wine of the fierceness of his wrath. God did not forget to give Babylon the judgment due her. Babylon was not going to escape the judgment of God. When I was a child, Mom and Dad might would say, “Son, when we get home, you’re going to get it.” All the way home, I was hoping that Mom and Dad would forget what they had promised. The point here is that God will not forget to give Babylon her judgment, likewise, God will not forget to judge those who do not live obediently to his will. “Be assured, an evil person will not go unpunished” (Proverbs 11:21). “See that you do not refuse him who is speaking. For if they did not escape when they refused him who warned them on earth, much less will we escape if we reject him who warns from heaven” (Hebrews 12:25).

God gave Babylon the cup of the wine of the fierceness of his wrath. God’s wrath is nothing to take lightly; rather is wrath is fierce. Scripture speaks of the fierceness of God’s wrath. “Circumcise yourselves to the LORD; remove the foreskin of your hearts, O men of Judah and inhabitants of Jerusalem; lest my wrath go forth like fire, and burn with none to quench it, because of the evil of your deeds” (Jeremiah 4:4). Those who do evil will see “wrath and fury. . . . tribulation and distress” (Romans 2:8-9). Will you see that fierce wrath, or will you be obedient?

Great hail from heaven fell upon men, each hailstone about the weight of a talent. This hail is far greater than that that fell upon Egypt (Exodus 9:24). Hail was often punitive in the Old Testament. The plague upon Egypt (Exodus 9:18-26). When the kings of the Amorites made war on the Gibeonites and Joshua and the Israelites defended Gibeon, God struck down the armies of the Amorites with hailstones (Joshua 10:11). The weight of a talent changed from time to time, but the range seems to have been from about 60 pounds to over 100.