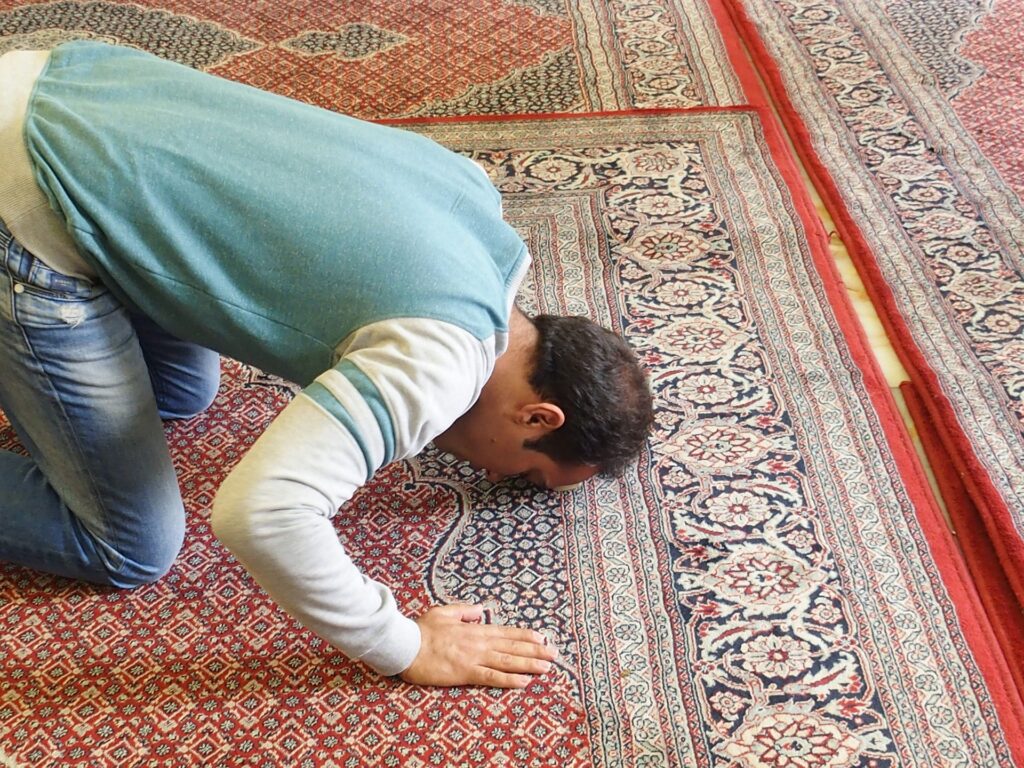 The Damnable Lie of Islam

Americans have longed been intrigued by Islam. We have watched as Islamic fundamentalists propagated terrorist attacks around the world-the taking of American citizens from the American embassy in Tehran, Pam Am 103 over Scotland, the kidnapping of American journalists in Lebanon, the car bombing of the World Trade Center, the bombing of American embassies in Africa, the attacks of September 11th. Islam is the fastest growing religion in America. It is especially spreading quickly among African Americans.

President Bush and his advisors keep telling us good things about Islam-how it is a religion of peace and the religion of hundreds of thousands of our fellow citizens. Is Islam really that good of a religion? Tonight, we want to study the religion of Islam, a doctrine of demons.

The history of Islam-and of the fighting between Jews and Muslims and Christians and Muslims-is quite old. The Arabs descend from Ishmael, the child of Abraham and Hagar. God promised to blessed Ishmael and multiply him exceedingly (Gen. 17:20). The Angel of the LORD told Hagar concerning Ishmael, “He shall be a wild man, His hand shall be against every man, And every man’s hand against him” (Gen. 16:12). The hatred that exists between Muslims and Christians results from the fact that Sarah did not trust God and convinced Abraham to conceive a child with Hagar.

The history of Muhammad, the founder of Islam, is quite interesting. He was born in AD 570 in Mecca (which is in modern-day Saudi Arabia). His father died before his birth, his mother died when he was 6, and he was raised by his grandfather. His grandfather died when Muhammad was 8, and he was raised by his uncle. Muhammad was a camel farmer. When he was 25, he married a much-older, wealthy widow named Kahadijah.

Mohammad was a very religious person, but he was offended by the polytheism he knew in Arabia. He began a ritual of fasting and going into caves for meditation. In 610 during the month of Ramadan, Mohammad sees a vision of the angel Gabriel who tells Mohammad that he will recite the commandments of God. At first, Mohammad believed his revelations were coming from demons, but his wife convinced him that they were coming from God. Mohammad did not write the Qur’an, for he was illiterate. He memorized his revelations and scribes wrote them down. Mohammad’s main teaching was that mall had corrupted pure monotheism and he needed to get back to God. His wife was his first convert. Mohammad could be a vicious and cruel man toward his enemies; he would stoop to assassination, and he was undeniably sensual.

Five Articles of the Islamic Faith

There are five main teachings in Islam.

Five Pillars of the Islamic Faith

Some ethical teachings of the Qur’an are quite different from those of the Bible.

The Qur’an tells biblical stories differently than the Bible.

Scientific errors in the Qur’an are numerous. A few examples are the following:

There are many historical errors in the Qur’an as well:

There are many contradictions in the Qur’an as well:

The Qur’an completely retells the story of Jesus Christ.

Christianity is altogether a different story. It teaches that love comes from God. It glorifies the Son of God. It gives men eternal life. Are you a Christian?