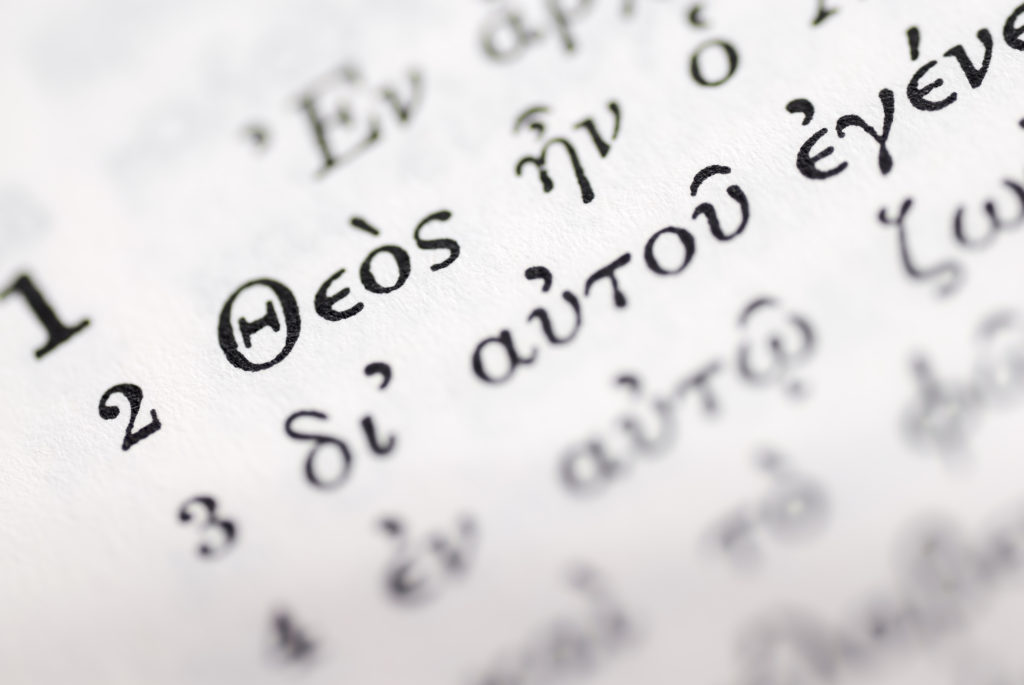 Notes on the Transmission of the New Testament Text

The New Testament was written by men inspired of God.

“All scripture is inspired by God” (2 Tim. 3:16). “First of all you must understand this, that no prophecy of scripture is a matter of one’s own interpretation, because no prophecy ever came by human will, but men and women moved by the Holy Spirit spoke from God” (2 Pet. 1:20-1).

The Epistles were often dictated to an amanuensis (i.e., a scribe or a secretary).

“I Tertius, the writer of this letter, greet you in the Lord” (Rom. 16:22). “Through Silvanus, whom I consider a faithful brother, I have written this short letter to encourage you and to testify that this is the true grace of God” (1 Pet. 5:12).

The publishing of these documents came about through various ways.

The Gospel accounts seem to have been published almost immediately after their writing. A number of copies were made of the original and then these copies were distributed to different churches.

The Epistles were not published as such. They were sent to the churches to whom they were addressed. A messenger would usually take these Epistles to their designation. “So that you also may know howl am and what I am doing, Tychicus will tell you everything, He is a dear brother a faithful minister in the Lord. I am sending him to you for this very purpose, to let you know how we are, and to encourage your hearts” (Eph. 6:21-22). “Tychicus will tell you all the news about me: he is a beloved brother, a faithful minister, and a fellow servant in the Lord. I have sent him to you for this very purpose, so that you may know how we are and that he may encourage your hearts; he is coming with Onesimus, the faithful and beloved brother, who is one of you. They will tell you about everything” (Col. 4:7-9).

Each church apparently made a copy of the letter before it was sent to other churches. “And when this letter has been read among you, have it read also in the church of the Laodiceans; and see that you read also the letter from Laodicea” (Col. 4:16).

The authors very likely kept a copy of their own writings. “When you come, bring the cloak that I left with Carpus at Troas, also the books, and above all the parchments” (2 Tim. 4:13). The books and parchments are possibly copies of Paul’s epistles.

These documents were then copied by Christians who wanted to keep a copy.

These books were copied by hand, and, of course, that was a very difficult job.

At first, the copies were usually made one at a time by people who wanted a copy of a certain book or by scribes who made copies for churches and monasteries.

Then, it became common for a group of slaves to make several copies at once by dictation.

Different materials were used in the copying of these biblical texts. The original manuscripts were written on papyrus. Papyrus is a thin and fragile paper which was made from the papyrus plant which grows in Egypt and the Middle East. The originals were written with pen and ink. “I have much to write to you, but I would rather not write with pen and ink” (3 John 13).

From the fourth to the twelfth centuries scribes used vellum (thin sheets of calfskin) or parchment (manufactured from sheepskin).

Because these copies were done by hand, it ensured that errors would creep into the text.

This difficulty can be illustrated by copying and re-copying a biblical passage; it is nearly impossible to copy and re-copy without some error.

Errors did creep into the text. Origen (who was born about AD 202) wrote, “Nowadays, as is evident, there is a great diversity between the various manuscripts, either through the negligence of certain copyists, or the perverse shown by some in correcting the text, or through the fault of those who, playing the part of correctors, lengthen and shorten it as they please.”

No originals exists today. We do not have any copy that the apostles wrote. Thousands of copies have been made. No two copies are exactly the same. However, “The New Testament is probably the most trustworthy piece of writing that has survived from antiquity” (Merrill C. Tenney, New Testament Survey, William B. Eerdmans Publishing Co., 1961, p. 417). Only nine good manuscripts exist of Caesar’s Gallic War. The oldest is more than 900 years older than the original date of writing. Only four-and-a-half copies of Tacitus’ Histories are extant today (F. F. Bruce, The New Testament Documents, William B. Eerdmans Publishing Co., 1980, p. 16).

What type of copies do exist today?

Papyri fragments. These are fragile manuscripts which date back close to the time of the apostles.

Uncials. These manuscripts were written on parchment in capital letters (hence their name) and did not contain word division. All manuscripts to the tenth century are uncials.

Minuscules. These are cursive manuscripts written in small letters. These date from the ninth to the seventeenth or eighteenth centuries.

Versions. These were translations taken from Greek into other languages.

Patristic quotations. The Church Fathers quoted much of the New Testament in their writings.

Lectionaries. They were books used in the worship of churches which contained passages from the New Testament.

If no copies of the original documents exist, are we able to rely on the New Testament?

The work of textual criticism should not bother our faith. The vast majority of differences in the manuscripts concern small matters, e. g. word order (which doesn’t substantially affect the meaning in Greek), spelling, grammar, or stylistic details. No textual variant affects New Testament doctrine. We can be assured that we have the teaching of the New Testament. Would someone argue that he did not know for certain the plot of Homer’s Odyssey, because the manuscripts differed?

The work of textual criticism should increase our faith. With all the differences that exist, it is amazing that the manuscripts agree to the extent they do. They agree more than they disagree! God oversaw the transmission of the New Testament. He did not keep the copyists free from error, for that would have required a miracle. But he did make sure that the teaching of the New Testament remained intact.

“His divine power has given us everything needed for life and godliness, through the knowledge of him who called us by his own glory and goodness” (1 Pet. 1:3). God has given us everything we need to live lives pleasing to him. If errors are found in the teachings of the New Testament, 1 Peter 1:3 is a lie. It is amazing to see how well the New Testament came down to us. The hand of God had to be in it!