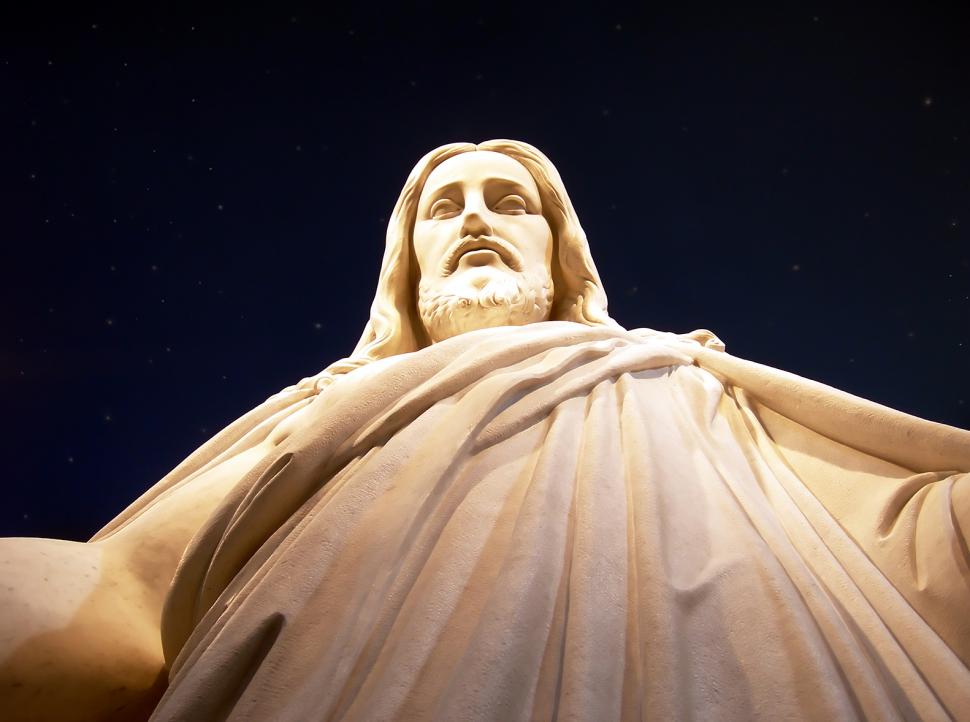 What a blessing it is to know about Jesus and his love for us. In this psalm, David tells us about Jesus.

There is much discussion as to the meaning of this psalm. Some say this psalm applies to David and the Davidic kings. This simply cannot be, for the New Testament applies this psalm to Jesus. Matthew 22:41-46. Acts 2:34-36. This morning, we want to examine this psalm and see how it applies to Jesus.

The persons: The Father refers to his Son as “Lord.” The word “said” here is a technical term frequently used in the prophets to indicate that God had given the revelation the prophet was about to reveal. The Lord had given David this prophetic utterance. David is here acting as a prophet and speaking concerning the Messiah.

The Father refers to the Son as “Lord” clearly meaning that the Messiah would be God. Isaiah 9:6. John 1:1.

The place of his reign (110:2): It will extend from Jerusalem. David says the LORD would send the rod of his strength out of Zion; in other words, he will reign in Jerusalem, Zion. Some would teach that this refers to some future reign. They believe that Jesus is going to return to the earth and establish a kingdom over which he will reign a thousand years. The place of his reign will be Jerusalem. However, the Bible doesn’t teach this.

The power of his reign (110:3): People will serve God willingly. The Lord’s people will be volunteers. The idea is that the people come voluntarily on the day of battle. The word “volunteers” actually means “freewill offering.” The word is used in reference to the voluntary contributions toward the building of the tabernacle and temple. The word also refers to sacrifices made “out of devotion,” not because one had to make them. The idea in this verse is that the people serve God willingly, not because they have to.

We need to serve God willingly, not because we have to. Judges 5:2. 2 Corinthians 8:3. Are you serving God willingly?

The Lord Jesus is King–He reigns from Jerusalem and his people serve him willingly.

The order: It is after the order of Melchizedek. The Lord’s promise was that Jesus was to be a priest forever after the order of Melchizedek. The Lord Jesus is a priest. The role of a priest is to make sacrifices for sin; Jesus made a sacrifice for sin (Heb. 2:17). Jesus is a sympathetic priest (Heb 4:15). Jesus endured the same temptations and frustrations we endure; he knows how you feel.

Jesus Christ is a priest.

The Lord Jesus shall judge among the nations.

This means that each one of us will stand before Christ to be judged. Are you ready for that day?