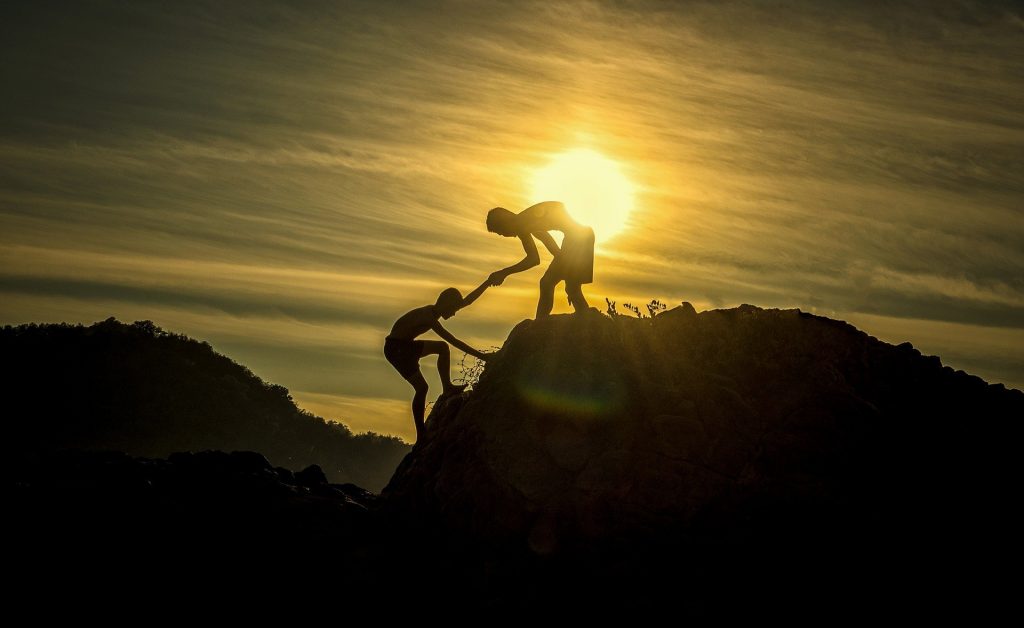 When I worked in Virginia, I drove a Lincoln Town Car; after several years of putting serious mileage on that car, it was ready to give up the ghost. One Wednesday before Bible study, my family and I went to Cracker Barrel. As I was pulling out of our parking space, something let loose and part the front axle came off and hit the pavement. We got that fixed and then a couple weeks later, we were at a Friday night football game. That car refused to start after the game, and the car just got worse from there. At the time, I didn’t have the funds to make a down payment on a new car, so I planned to drive the Lincoln, save up some money, and buy something else.

A few days after I got stranded at the football game, an elder stopped by the office. Danny handed me a check—written on the church’s account—for $5,000. An anonymous couple wanted to help me get a car, so they gave the elders money to pass on to me.

You’ve surely had friends help you in the past. Maybe a friend came to the rescue when your car battery died. Maybe a friend let you talk through some crisis. Maybe a friend held your hand as you said “good-bye” to the dearest person in all the world. Maybe a friend made a birthday special or sent you a card you still cherish or made special memories on a weekend trip.

In this morning’s text, a man’s friends changed his life. The man was lame but his friends took him to Jesus for healing. The four men who got this man to Jesus demonstrated a simple truth: “A friend does whatever it takes to help.”

“It was reported that he was at home.”

Jesus had already performed miracles in Capernaum—He cast out a demon (Mk 1:23-26), healed Peter’s mother-in-law, and healed many others in town (Mk 1:29-34). The Lord had also amazed the people in Capernaum with his teaching (Mk 1:22). It’s not at all surprising, therefore, that a large crowd assembled when they heard Jesus was home.

So “many were gathered together, so that there was no more room, not even at the door.”

Homes in Capernaum were rather small—the longest span in an excavated home is 18 feet. About 50 people could be crammed into one of these homes, but there’s also a crowd at the door. The home where Jesus was was absolutely flooded with people.

We have no idea who the “they” are. That’s part of the beauty of this passage. These four men are never identified; we don’t know their relationship with the lame man. They simply saw a need and served.

“When they could not get near him.”

These four men apparently planned to walk right up to Jesus, but they had to improvise and do things differently.

“They removed the roof above him.”

One-story homes in ancient Palestine had a ladder or stairs up to the roof. People often went up to the roof to pray, so the roofs were obviously sturdy enough to support a person’s weight. However, roofs were nothing more than branches and rushes laid over beams; the branches and rushes were covered in dried mud. Digging through that combination wouldn’t present much of a challenge.

“They let down the bed on which the paralytic lay.”

Most “beds” in ancient Palestine were mats. It’s highly likely that this mat is where the paralytic always lay. Imagine your life being confined to a little mat!

“When Jesus saw their faith.”

Jesus recognized the faith of all five of these men—the paralytic on the mat and the four men who had carried him.

The people glorified God and said they’d never seen anything like this. Only because four men brought a paralytic to Jesus was God glorified that day.

“A friend does whatever it takes to help.” The four men went through great effort to get their friend to Jesus. How can you display the same character and help your friends?

One: You Find a Friend.

You don’t need to make a new friend, but you do need to find someone you can serve. The four men with the paralytic were his friends, for they served him.

Jesus said that level of service is what being a neighbor—a friend—is all about.

You—like the four men who brought the paralytic to Jesus and the Good Samaritan—need to find someone to help. Take a look around you.

Those are the people who need to be your friends.

Two: You Find a Flaw.

The four men who carried the paralytic to Jesus saw a flaw—a need—in the man’s life: He couldn’t walk and he needed help, so they took him to Jesus.

This week make a list of the needs around you.

After you find out who has a need, look at the specific needs.

Three: You Find a Function.

In other words, act on the needs you see around you. The four men who brought the paralytic to Jesus didn’t simply see a flaw, but they found a function. I suppose they could have said, “This Jesus fella could heal our friend. It sure would be nice if someone could get him over to Jesus.” They didn’t do that—they acted.

You, likewise, need to function in service to others. The greatest in the kingdom isn’t the one who talks but the one who serves: Matthew 20:26-27. “As we have opportunity, let us do good to everyone” (Gal 6:10).

This week, find a way to serve every day. That service might be “small”—holding the door open for someone, letting someone in front of you at the grocery store, or allowing someone to merge in front of you in traffic. Jesus appreciates even “small” service: “Whoever gives one of these little ones even a cup of cold water . . . will by no means lose his reward” (Matt 10:42).

Your service this week might be “big”—taking someone to the doctor, mowing a yard, buying groceries, or paying a power bill. That service honors Jesus, for that service imitates the Lord:

Go forth this week, imitate Jesus, and serve.

“A friend does whatever it takes to help.” Jesus called himself our friend: “No longer do I call you servants, for the servant does not know what his master is doing; but I have called you friends, for all that I have heard from my Father I have made known to you” (Jn 15:15). It’s no wonder Jesus called himself our friend, for he did everything to help—He went to that old rugged cross, suffered untold agony, shed his blood, and died for your sins.

He only asks you to come to him in obedience to receive that forgiveness.

Are you following Jesus? Are you his friend?