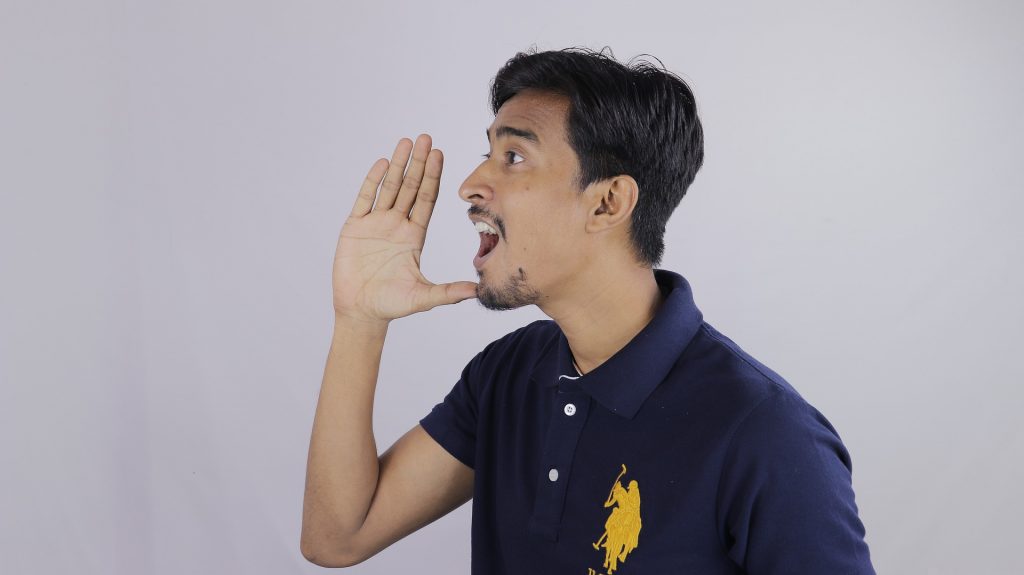 I also preached in Eastern Europe where I needed an interpreter. I began my sermon by saying, “When my brothers and I were kids, we fought like cats and dogs.” My interpreter didn’t know that idiom—he stopped mid-sentence and stared at me. Off the cuff, I had to come up with a totally different way of introducing my sermon.

Do you know why I’ve preached so many places? “God wants everyone to hear his word.” That truth comes straight from Jesus himself.

In this morning’s text, Luke described John the Baptizer’s work in preparing the way so that all people could hear God’s word.

John got the ball rolling in the New Testament age to demonstrate the truth “God wants everyone to hear his word.”

“The word of God came to John the son of Zechariah.”

John was a prophet. God was ending his 400 years of silence and calling John to prophesy. What John proclaimed wasn’t his own ideas or interpretations—the word of God came to him.

John was “proclaiming a baptism of repentance for the remission of sins.”

In John’s day, Gentiles who wished to convert to Judaism were immersed to remove their stain as Gentiles. The message of John, however, was that even Jews were polluted with sin and needed to wash that filth away.

“As it is written in the book of the words of Isaiah the prophet.”

The Greek for “it is written” is in the imperfect tense. The Greek really means “It stands written”—the idea is that scripture cannot be changed.

There are several interesting things about this passage Luke quoted from Isaiah 40:

“The voice of one crying in the wilderness.”

John had to use his voice to proclaim God’s message. It wasn’t simply that John was to set a good example, but he needed to verbalize the word of God.

The omnipotent, great God has given to mortals the task of spreading his word. God isn’t going to share his word; instead, God has put his treasure in earthen vessels to share his truth.

The work of John was to make things easy for God’s word to spread.

John is pictured as a road engineer who makes a road as even and straight as possible. The road was to be an easy one—the spreading of God’s word would be easier because of John’s work.

“All flesh shall see the salvation of God.”

The other two Synoptic Gospels—Matthew and Mark—quoted from Isaiah 40—as Luke did—to show John’s work to be the fulfillment of prophecy. However, only Luke quoted from Isaiah 40:5 to show God’s message would be for all people. Throughout both Luke and Acts, the beloved physician took pains to show the gospel is for all people. By doing so, Luke placed John’s work in the context that “God wants everyone to hear his word.”

One: You need to HEAR the word.

God wants everyone to hear his word; you, therefore, need to hear the word. Hearing the word of God is so very important.

You know the value of the word, but do you take time to hear the word?

You need to attend Bible study and hear that word. The early church spent time publicly reading the scriptures when they came together. Around AD 155, Justin Martyr wrote of Christian assemblies: “The memoirs of the apostles or the prophets are read, as long as time permits” (Apology I, 67). The church read scripture in Justin’s day, for the church of God has read the word of God from the beginning.

You also need to inconvenience yourself to hear scripture. Think about when Ezra read the Book of the Law of Moses to the returning Exiles (Neh 8:1-8). Men, women, and children who could understand listened to the law “from early morning until midday” (v 3). The assembly stood when Ezra opened the Book of the Law (v 5). The people stood for hours to hear the word. Just think about how tiring that was! The people went out of their way to hear the word of God.

This week go out of your way to hear the word of God. Maybe—if you can—you leave work a little early Wednesday to be at Bible study. Maybe you turn off your favorite TV show and spend time reading scripture. Maybe you forego your favorite hobby for a day or two and spend time in the word. Maybe you come to Bible study when, after a long day at work, you’d much rather be home with your feet propped up. Whatever you do, find a way to go out of your way to study the word of the living God.

Two: You need to HEED the word.

In other words, you need to obey the word.

As you read the entire context of Luke 3, you find the Jews to whom John preached obeyed the divine message. John preached a baptism of repentance for the forgiveness of sins. The people came and were baptized in the Jordan.

You know the importance of obeying scripture. Jesus said, “Not everyone who says to me, ‘Lord, Lord,’ will enter the kingdom of heaven, but the one who does the will of my Father who is in heaven” (Matt 7:21).

The real question is: Are you really obeying the word? As you spend time in the word this week, carefully examine the scriptures to see what changes you need to make. Maybe you can circle certain verses or instructions or write them down to highlight the work you need to do.

Those who accepted John’s message were baptized for the remission of their sins. Do you need to do the same this morning?