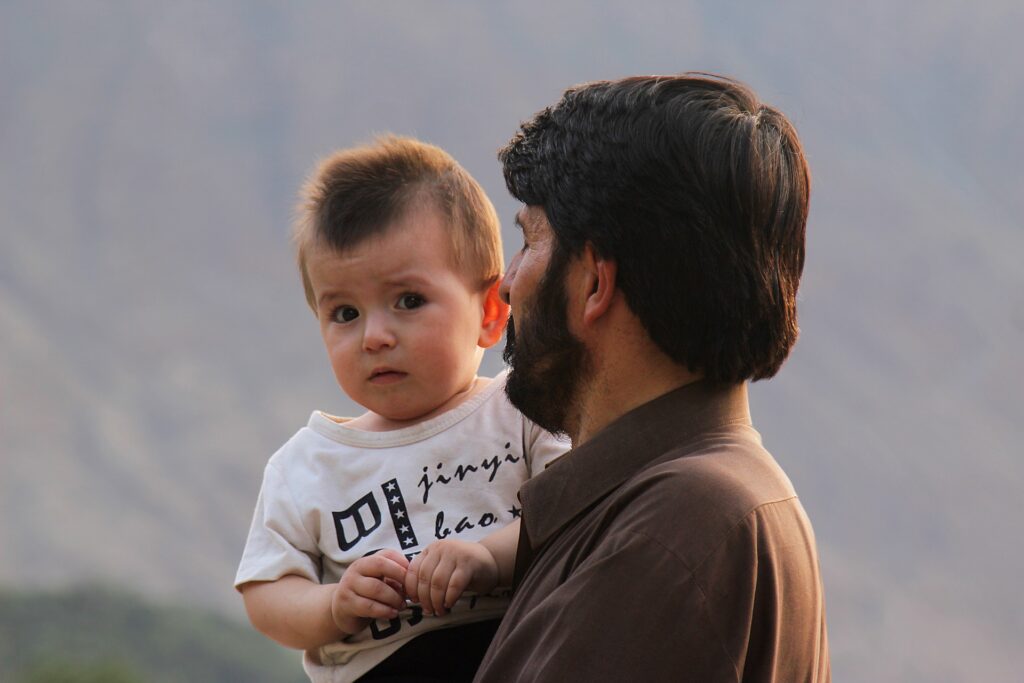 A Sunday school teacher asked her class what they were thankful for. One little boy said, “My glasses.” When asked why he was thankful for his glasses when most little boys were bitter about wearing them, Billy said, “Because they keep the boys from fighting me and the girls from kissing me.”

This is the time of the year that people stop to give thanks for their blessings. That is, in many ways, rather unfortunate. It’s unfortunate that we as Americans have come to think of “thanksgiving” as a day with turkey and football rather than as a way of life. We Christians have been so blessed that we could not begin to offer thanksgiving just one day a year. If we were to offer praise this Thursday from sunrise to sunset, we could but touch the hem of the garment for all the blessings God has given.

Undoubtedly, that is why Scripture so frequently calls upon God’s people to give thanks. “It is good to give thanks to the LORD, to sing praises to your name, O Most High” (Ps 92:1). “Do not get drunk with wine, for that is debauchery, but be filled with the Spirit, addressing one another in psalms and hymns and spiritual songs, singing and making melody to the Lord with your heart, giving thanks always and for everything to God the Father in the name of our Lord Jesus Christ” (Eph 5:18-20). “Do not be anxious about anything, but in everything by prayer and supplication with thanksgiving let your requests be made known to God” (Phil 4:6).

But this year our nation is struggling like it seldom has. Unemployment is reaching levels not seen in years, charitable organizations are working overtime to feed and clothe the hungry. What blessings do we have as a nation for which we can give thanks?

This congregation is greatly struggling. Many among us have serious health concerns; others struggle financially; others of you are carrying burdens the rest of us know nothing about. How can we give thanks in the midst of such pain?

In Luke 2, Simeon provides a lesson about praising God regardless of the circumstances. Simeone appears to be a man who is quite near death. The Holy Spirit has revealed to him that he would not die until he has seen the Christ. Simeon himself, full of the Holy Spirit, proclaims, “Lord, now you are letting your servant depart in peace” (v 29).

Yet Simeon knew that even as his death loomed closer, he has reason to praise God. But Simeon doesn’t praise God from afar. The Spirit led Simeone into the temple when Jesus’s parents had come to offer their firstborn to the Lord. Simeon took Jesus in his arms and praised God. Imagine thanking God for all the blessings he has given in your life while you hold him in your arms! Imagine the privilege of holding the very Creator in your arms!

Simeon doesn’t squander this unique privilege, but he uses this opportunity to praise God and praise him greatly. Simeone doesn’t praise God for temporal things—he doesn’t bother to offer thanksgiving for his health or his family or his food or his clothing or his shelter. We’re told to offer thanksgiving to God for such things, but Simeon—with “Jesus in His Arms” sees beyond this world and thanks God for God. Health will come and go; family will disappoint; food will rot; clothes will be eaten by moths; houses will crumble. But not the Lord!

With “Jesus in His Arms,” Simeon offers praise to God because of who God is. Who is God that Simeon should give thanks?

“Lord, now you are letting your servant depart in peace, according to your word; for my eyes have seen your salvation.”

We are told that God had made a promise to Simeon. “It had been revealed to him by the Holy Spirit that he would not see death before he had seen the Lord’s Christ” (v 26). For Simeon, our God was a GOD OF SINCERITY—a God who did precisely what he said he would do. Simeon, holding the Christ in his arms, thanks God for his sincerity, for his faithfulness. Can you imagine what Simeon must have been thinking? He has been waiting for the Lord to send his Christ to comfort Israel (v 25). Now he holds that One to bring that consolation in his arms.

Is it any wonder that Simeon said that he would die in peace? Simeon had seen God’s sincerity when it came toa promise to see the Christ. Simeon knew that if God had kept that promise, God would keep every other promise he had made.

How great it is to know that our God is a GOD OF SINCERITY. No matter the circumstance, no matter the struggle, no matter the heartache, God is going to keep every promise he has ever made. At the dedication of the Temple, Solomon blessed the assembly by saying, “Blessed be the LORD who has given rest to his people Israel, according to all that he promised. Not one word has failed of all his good promise, which he spoke by Moses his servant” (1 Ki 8:56). About Abraham, Paul writes, “No distrust made him waver concerning the promise of God, but he grew strong in his faith as he gave glory to God, fully convinced that God was able to do what he had promised” (Rom 4:20-21).

“My eyes have seen your salvation.”

Simeon had seen the salvation for which he had so longed. Simeon was “waiting for the consolation of Israel” (v 25). The term “consolation” in Greek refers to a comfort. God had promised that his Messiah would be a comfort to the people. “Sing for joy, O heavens, and exult, O earth; break forth, O mountains, into singing! For the LORD has comforted his people and will have compassion on his afflicted” (Is 49:13). The Lord’s Spirit would be upon the Messiah “to proclaim the year of the LORD’s favor, and the day of vengeance of our God, to comfort all who mourn” (Is 61:2). In fact, rabbis began to refer to the Messiah as the “Comforter.”

Simeon had been anticipating the comfort God would bring to his people in the form of the Messiah.

Specifically, that comfort takes the form of salvation, and Simeon praises the Lord that he is a GOD OF SALVATION. Salvation was the purpose for which Jesus came into this world. About the Child in Mary’s womb, the angel of the Lord told Joseph, “She will bear a son, and you shall call his name Jesus, for he will save his people from their sins” (Matt 1:21). The name “Jesus” means “The LORD saves” or “The LORD is salvation.” His very name indicates that Jesus is the salvation for which Simeone had been waiting. Tot eh shepherds the angel of the Lord declared, “Unto you is born this day in the city of David a Savior, who is Christ the Lord” (Lk 2:11).

By sending his Son into the world, God became a GOD OF SALVATION, for through Jesus the world can have salvation. “God did not send his Son into the world to condemn the world, but in order that the world might be saved through him” (Jn 3:17). “Jesus is the stone that was rejected by you, the builders, which has become the cornerstone. And there is salvation in no one else, for there is no other name under heaven given among men by which we must be saved” (Acts 4:11-12).

Is God the GOD OF YOUR SALVATION this day?

“My eyes have seen your salvation that you have prepared in the presence of all peoples, a light for revelation to the Gentiles, and for glory to your people Israel.”

God, as a GOD OF SALVATION, is also a GOD OF SOLIDARITY—i.e., he brings diverse groups together.

The Lord had prepared his salvation in the presence of all peoples. Prior to this time, God had revealed himself in a unique way to the Jews only: To the Israelites, Moses says, “You are a people holy to the LORD your God. The LORD your God has chosen you to be a people for his treasured possession, out of all the peoples who are on the face of the earth” (Deut 7:6).

But Jesus changed all of that and through him, all people can come to God. God had promised Abraham that all people would be blessed through Jesus (Gen 12:3); now, we see God’s fulfillment of that promise. While Jesus did minister to the Jews, we see hints throughout the Gospels that he came to save all people. Jesus healed a centurion’s son, and the Lord says of the centurion, “I tell you, not even in Israel have I found such faith” (Lk 7:9). “I have other sheep that are not of this fold. I must bring them also, and they will listen to my voice. So, there will be one flock, one shepherd” (Jn 10:16).

Our ethnicity does not matter at all. There is not a Jew here this morning, but we can all come to God through Jesus Christ. It is as Peter declared at Cornelius’ home, “Truly I understand that God shows no partiality, but in every nation anyone who fears him and does what is right is acceptable to him” (Acts 10:34-35).

As thankful as I am that God will save me as a Gentile, I’m truly grateful that Simeon declared that God had prepared his salvation “in the presence of all peoples.” I’m a sinful human being. I have deeply hurt those I love. I have been deeply ashamed by my actions. Yet, God will still save me. “The saying is trustworthy and deserving of full acceptance, that Christ Jesus came into the world to save sinners, of whom I am the foremost” (1 Tim 1:15). If God can save a murderer like Paul, surely, he can save me! The Corinthians had been cleansed of some horrendous sin: “1 Corinthians 6:9-11. If God can save homosexuals, adulterers, and thieves, surely, he can save me!

In the fall of 1817, President and Mrs. Monroe moved into the Executive Mansion after it had been rebuilt following the War of 1812. To mark the occasion, the Monroe’s invited the high, low, rich, and poor to visit them. And they all came. Everybody marveled and gaped at the splendors they saw. Such a medley of people the President’s Mansion had never seen before. The gathering was described by a newspaper writer in these words: “All came with their wives and gawky offspring; some in shoes, most in boots, and many in spurs; some snuffing, some chewing, and some with powdered heads; others with heads frizzled and soiled, some whose heads a comb had never touched, half-hid by dirty collars, and reaching far above their ears, as stiff as pasteboards.”