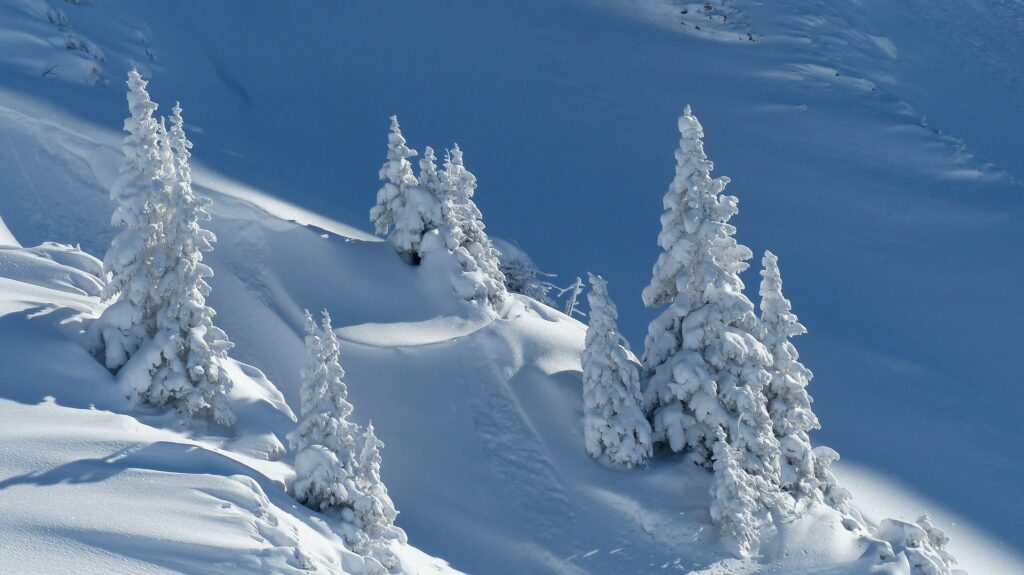 Rochester, New York is the snowiest city in the United States. Rochester averages 94 inches of snow annually. The city of 200,000 has an annual snow-removal budget of $3.7 million. In 1953, almost 187 inches of snow fell within seven days in Thompson Pass, Alaska. Snow kills hundreds of people each year in the United States from traffic accidents, overexertion, and exposure. The heaviest snowfall reported at the Phoenix, Arizona National Weather Service office is one inch. Phoenix received one inch of snow on January 20, 1933. Four years later, on the same date, Phoenix again received an inch of snow.

Scripture has some things to say about snow. Scripture uses snow as an illustration to teach us much about God. Let’s take a look at snow to see what we can learn about God.

Lamentations 4:7-9. The princes, those of the high class in Jerusalem, had things together prior to Jerusalem’s destruction. They were brighter than snow, more ruddy than rubies, and they looked like sapphires. These were men who were rich, who were in a great position, and had everything. After the city’s destruction, things weren’t going so well – they were blacker than soot, not recognized in the streets, their skin has shriveled, and they are as dry as a stick. Great famine came upon those who remained in Jerusalem. The famine was so great that Jeremiah declares that those who died by the sword were better off than those who died in the famine. In Lamentations 4:10, we learn that the famine was so severe that women cooked their own babies to stay alive – talk about deplorable circumstances!

God destroyed Jerusalem because of sin. “It was because of the LORD’s anger that all this happened to Jerusalem and Judah, and in the end he thrust them from his presence” (Jer. 52:3). “Her foes have become her masters; her enemies are at ease. The LORD has brought her grief because of her many sins. Her children have gone into exile, captive before the foe” (Lam. 1:5).

Notice the lesson we are to learn from snow here. Prior to the destruction of Jerusalem, the princes were as beautiful as the snow and had everything going for them. After God punished Jerusalem on account of their sin, they were black as soot instead of white as snow. God punishes sin.

God continues to punish sin. Will he punish your sin, or have your sins been forgiven?

David asked God for forgiveness; Psalm 51:7—“Cleanse me with hyssop, and I will be clean; wash me, and I will be whiter than snow.” David wrote this psalm following his sin with Bathsheba, and he asked to be purged with hyssop. Hyssop was used to apply the blood and water of purification, e.g. the cleansing of lepers as described in Leviticus 14:1-7. When someone had been healed of leprosy, the priest would examine him (v. 3). The cleansed leper would bring two birds, cedar wood, scarlet and hyssop (v. 4). One of the birds would be killed over running water (v. 5). The living bird, the cedar wood, the scarlet and the hyssop would be dipped in the bird’s blood (v. 6). This was sprinkled on the leper seven times (v. 7). The living bird was loosed in a field (v. 7). In mentioning the hyssop, then, David asked the Lord for cleansing, for being made whole. David asked to be washed and made whiter than the snow.

God told Isaiah the peop1e’s sins could be forgiven: “‘Come now, let us reason together,’ says the LORD. ‘Though your sins are like scarlet, they shall be as white as snow; though they are red as crimson, they shall be like wool’” (Is 1:18). Snow can be a huge inconvenience: those of you who couldn’t make it last week know that quite well. However inconvenient snow might be, it is absolutely beautiful. There are few things as beautiful as trees covered with snow. Likewise, there’s nothing more beautiful than a soul which has been covered with Jesus’ blood and made pure white. The mention of red here seems to portray sin as a fire that devours – again, I find it extremely interesting that the sins are mentioned as red, the color of blood, which had to be shed for sins to be forgiven. Even though sin is ugly and unattractive, it can be forgiven.

Our God is a God who forgives sin.

Not long before she died in 1988, in a moment of surprising candor in television, Marghanita Laski, one of our best-known secular humanists and novelists, said, “What I envy most about you Christians is your forgiveness; I have nobody to forgive me.” Do you need to know God’s forgiveness this very night?

Using snow as an illustration, the Scriptures confirm God’s power. “He spreads the snow like wool and scatters the frost like ashes” (Ps. 147:16). “Have you entered the storehouses of the snow or seen the storehouses of the hail, which I reserve for times of trouble, for days of war and battle?” (Job. 28:22-23). Here, God is answering Job and showing Job that he, not Job, has all power. The term “storehouse” refers to an arsenal of weapons. The idea is that God can use snow to stop his people’s enemies – The Lord did this with hail: “As they fled before Israel on the road down from Beth Horon to Azekah, the LORD hurled large hailstones down on them from the sky, and more of them died from the hailstones than were killed by the swords of the Israelites” (Jos. 10:11).

How many of you schoolchildren and school teachers would absolutely love it to snow about three feet tonight? If you want it to snow, why don’t you just go outside and make it snow? The reason you won’t go out and make it snow is that you don’t have the power to make it snow, but God does.

God has power over the forces of nature because he created them. “In the beginning God created the heavens and the earth” (Gen. 1:1). “The God who made the world and everything in it is the Lord of heaven and earth and does not live in temples built by hands” (Acts 17:24).

Blaise Pascal, the famous scientist, once said, “The greatest single distinguishing feature of the omnipotence of God is that our imagination gets lost when thinking about it.” How true! God’s great omnipotence is much greater than we can comprehend.

The snow is encouraged to praise the Lord: “Praise the LORD from the earth, you great seat creatures and all ocean depths, lightning and hail, snow and clouds, stormy winds that do his bidding” (Ps. 148:7-8). If the snow should praise God, think of how much more we need to praise the Lord!

The Duke of Wellington, the British military leader who defeated Napoleon at Waterloo, was not an easy man to serve under. He was brilliant, demanding, and not one to shower his subordinates with compliments. Yet even Wellington realized that his methods left something to be desired. In his old age a young lady asked him what, if anything, he would do differently if he had his life to live over again. Wellington thought for a moment, then replied, “I’d give more praise.” If Wellington would give more praise to his subordinates, think of how much praise we need to give the Lord of heaven and earth! Is your life a life of praise?