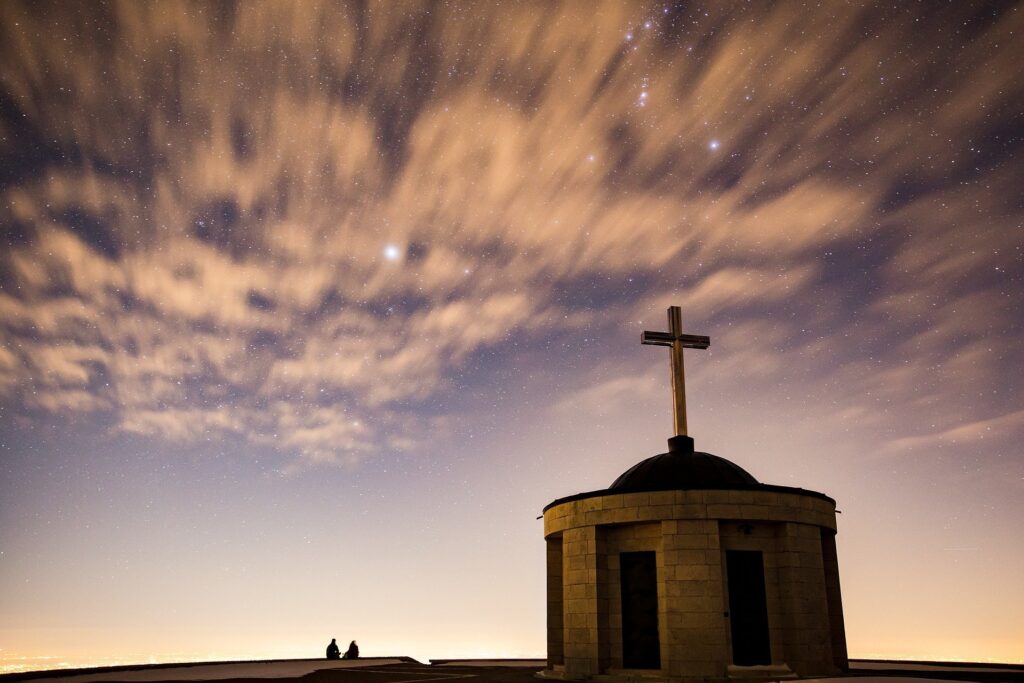 A college student once asked Billy Graham, “What kind of guy is God?” Although the way that student phrased his question may make us uncomfortable, he asked a question many have pondered through the years: “Who is God’?” Over the course of the next few weeks, we want to answer that question and explore God’s nature.

Thinking about God is an important undertaking.

We will not make the mistake of thinking that we can describe God fully in just a few short weeks. James Denney, the Scottish theologian used to warn his students against thinking they could learn all there was to know about God during their university and seminary studies. “Gentlemen,” he would say, “to study infinity requires eternity.”

Although a full study of God would require eternity, God has revealed a good bit about himself in Scripture. We want to explore Scripture that we might understand God more fully and serve him more knowingly. This morning, we will explore God’s nature as spirit.

The title of the sermon is “God is Spirit.” That truth is repeated throughout the Scriptures:

Ok, so God is Spirit, but what does that mean? God is spirit, therefore:

There have been individuals who have been able to see some of God’s glory. Take Moses, Aaron, Nadab, Abihu, and seventy of Israel’s elders, for example (Ex. 24:9-11). Although this passage says that they saw God, we know they saw God’s glory, not God himself. We know they saw a representation of God, rather than God himself, from what we read in v. 10: “There was under his feet as it were a pavement of sapphire stone.” Since God is a Spirit, he does not have feet as this text represents him. Jesus said of spirits: “a spirit does not have flesh and bones” (Lk. 24:39). We also know that they saw a representation of God rather than God himself because of John 1:18: “No one has ever seen God.” Thus, Moses, Aaron, Nadab, Abihu, and the seventy elders saw some type of representation which they could identify as God.

Here’s what this means for you: you’re not going to see God. There have been some who have claimed to see God, but if God is Spirit and they are in the flesh they cannot see God. As long as you and I are in the flesh, we will never see God. Once our spirits are released from their houses of flesh, we will be able to see God, but not until then. Just stop to think about the marvel of the moment we shall finally see God – no more faith, no more physical body which prevents our beholding God. What will that moment be like? What joy will we have? What praise will we sing?

The Scriptures repeatedly affirm that God is eternal.

God existed from of old, and he shall never cease to exist. Because God is eternal, he exists outside of time – “Do not ignore this one fact, beloved, that with the Lord one day is as a thousand years, and a thousand years as one day” (2 Pet. 3:8). What a comfort that ought to be! Our time on this earth is running out- It doesn’t matter one whit how young or how old we are, we are each moving closer and closer to our death.

But God isn’t going to die; he isn’t moving closer and closer to his death. Therefore, if he isn’t going to die, he can bestow upon me immortality. He can help me with my death just as much – if not more – than he helped me in this life. Regardless of what I need, God is going to be there to help. I’ve been told by countless widows, “My husband took care of everything. I wish I could ask him what to do about this or that, because he’d know exactly what to do.” Those widows’ husbands were mortal-as are we, but God is not; he’s not going to die regardless of what we need, God will always be able to help.

If God is eternal, that requires that God is living. We do not serve a wooden idol which can do absolutely nothing of its own accord nor that can do nothing to help us. The God we serve is a living God. “The LORD lives; and blessed be my rock, and exalted be the God of my salvation” (Ps. 18:46). “They themselves report concerning us that a welcome we had among you, and how you turned to God from idols, to serve a living and true God” (1 Thess. 1:9). “It is a fearful thing to fall in to the hands of the living God” (Heb. 10:31). If God were some stone image, why would it be fearful to fall into his hands? There are some people in this world who ought to be terrified when they think of the day of judgment. Because at that time, God is going to execute his full wrath upon them. But, if God is just some idol, what do they have to fear?

There have been many throughout history who have described God as some kind of mindless, spiritual force. Many non-Christian religions speak of God as just some type of non-personal entity. This god is just some mindless glob that’s out there; this god cannot think, he cannot experience emotion, he cannot help, he can do nothing, because he’s not personal, he’s just power or force.

The divine attributes we have just mentioned demonstrates that God’s being a spirit does not mean that he is some mindless, spiritual blob in heaven. He is a Being, a living, rational, supernatural Being.

Because God is spirit, he is unlike man. Our spirit is currently housed in our bodies of flesh. Although we have a spirit, we have great difficulty understanding what a spirit is like. For example, God is eternal. What on earth does that mean? We know that God’s being eternal means that he has neither a beginning nor an end. But, if you stop to think about how God could never have come into being, you’ll lose your head. Everything we see has a beginning and an end; it is impossible for us to fully grasp how God could have neither beginning nor end.

A little girl had been born blind. When she was a teenager, she had an operation to restore her sight. She was amazed above all by the appearance of her father who had cared for her time and time again. While the girl was recuperating from her surgery, she watched her father’s every move. Finally, she took him by the hand and said, “To think that I have had you for a father for all these years and I never really knew you.”

Just because we cannot physically see God (because he is spirit) does not mean that we cannot know him. We’re going to spend the next several weeks getting to know God better and learning about him from his word. But, do you need to come this morning and begin serving God faithfully?