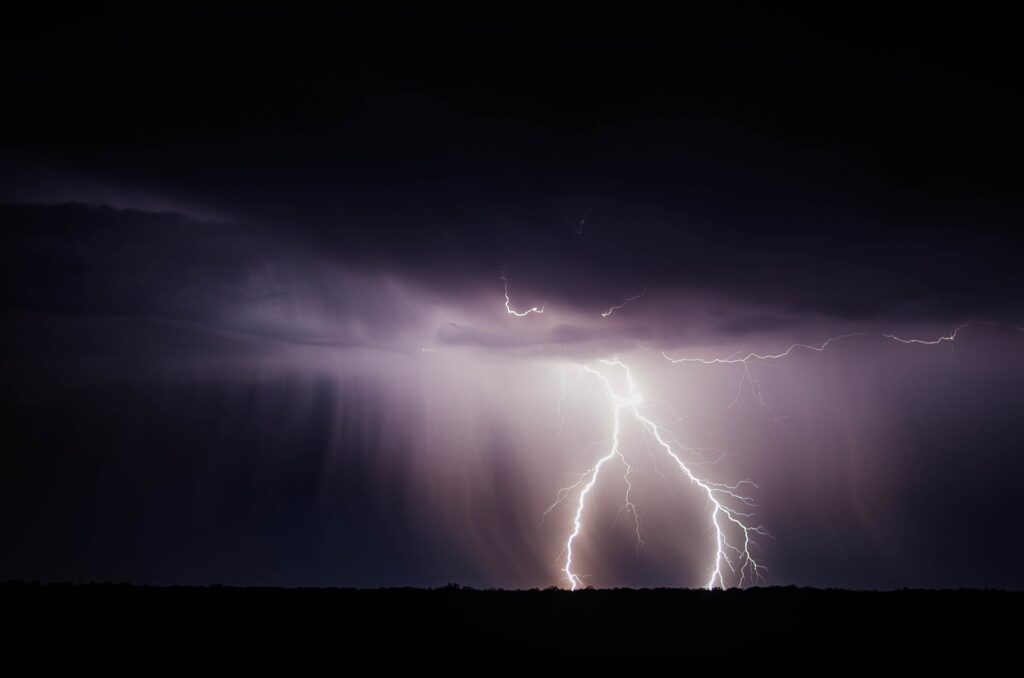 On March 5, 1979, what was called “the most powerful burst of energy ever recorded” occurred. The event was described by a scientist as follows: “The burst of gamma radiation picked up by the satellites lasted for only one tenth of a second. But in that brief instant it emitted as much energy as the sun does over a period of three thousand years. If the sun had belched out the same amount of energy, the earth would have vaporized instantly.” Reflecting on the event, astrophysicist Doyle Evans said, “Every time we think we understand the physical laws of the universe, nature seems bent on confounding us.”

God is the one who created the radiation recorded on March 5, 1979. God is an infinitely powerful being. This morning, we want to explore the power of God.

Throughout the Scriptures, we learn that our God is highly, highly powerful.

This morning, we shall explore God’s power and what we should make of his power.

God demonstrated more power than we can fathom in the Creation.

The Scriptures declare that God created the world. “In the beginning God created the heavens and the earth” (Gen. 1:1). “By faith we understand that the world was created by the word of God, so that what is seen was made out of things which do not appear” (Heb. 11:3).

Think about the power God used in the Creation. Most all scientists – Christian as well as non-Christian – are now fairly certain there was a Big Bang some 15 to 20 billion years ago that caused the universe to begin. At what is called Planck Time, the earliest scientists can get to the Big Bang – this is just a millionth of a second or so after the Big Bang, the temperature of the universe was 10×29 Kelvin. That would be a 10 with 29 zeros behind it. To get some grasp on how hot this is: water boils at 373 K – so the universe was millions and millions and millions times hotter than water is when it boils. Think about that power!

God demonstrated more power than we can fathom when he rescued his people.

God has a long history of rescuing his people. When Moses and all the Israelites were standing at the Red Sea with the Egyptians behind them, God parted the waters and allowed his children to cross on dry ground. Think of the power God used in rescuing Shadrach, Meshach, and Abednego out of the fiery furnace. Notice what they told Nebuchadnezzar: “If our God whom we serve is able to deliver us from the furnace of blazing fire and out of your hand, O king, let him deliver us” (Dan. 3:17). You know how forcefully God rescued them.

Don’t you think God can continue to use his great power to rescue his people? “No temptation has overtaken you that is not common to man. God is faithful, and he will not allow you be tempted beyond your strength, but with the temptation will also provide the way of escape, that you may be able to endure it” (1 Cor. 10:13). When we are facing temptation, God will rescue us from it; he will make a way of escape out of that temptation.

God demonstrated more power than we can fathom in the Resurrection of Jesus Christ.

We are told that God used great power when he raised Jesus. Jesus “was designated Son of God in power according to the Spirit of holiness by his resurrection from the dead” (Rom. 1:4). In Ephesians 1:19-20 Paul speaks of “the immeasurable greatness of his power in us who believe, according to the working of his great might which he accomplished in Christ when he raised him from the dead.”

Think about the power that God used when he raised Jesus from the dead. Have you ever stood by the casket of a loved one and wished with all your might that you could bring that loved one back? I dare say that as much as you wished you could bring that loved one back you never tried to do so – you knew you couldn’t. But, God has such power, and he used that power to raise Jesus Christ from the dead.

God Will Use His Power

God will use his power to keep his promises.

Notice what we read about Abraham: “No distrust made him waver concerning the promise of God but he grew strong in his faith as he gave glory to God, fully convinced that God was able to do what he had promised” (Rom. 4:20-21). This is election season, and the airwaves are being inundated with promises of politicians of every stripe. How many of those politicians will keep every promise they have made? How many of those politicians will be able to keep every promise they have made? Whoever is elected President is going to have a lot of promises to fulfill, but will he even be able to do so? It may very well be that Congress has different ideas, and they don’t let the President enact all he wants. If Congress decides to go a different direction, the President may not be powerful enough to fulfill his every promise.

Not so God. There is not a single promise God has made that he doesn’t have the intention of fulfilling, and God hasn’t made a single promise he cannot keep. So, when we go to Scripture and read the promises of God, we, like Abraham, will know that God is able to do what he has promised.

God will use his power to do more than we can fathom.

“Now to him who by the power at work within us is able to do far more abundantly than all that we ask or think, to him be glory in the church and in Christ Jesus to all generations, for ever and ever. Amen” (Eph. 3:20-21).

God will use the power of Jesus to change our bodies to be like Jesus’ body.

“Our commonwealth is in heaven, and from it we await a Savior, the Lord Jesus Christ, who will change our lowly body to be like his glorious body, by the power which enables him even to submit all things to himself” (Phil. 3:20-21).

Our God is a powerful, powerful, powerful God. In fact, God is so powerful that the last thing I would ever want is to be condemned by him. “It is a fearful thing to fall into the hands of the living God” (Heb. 10:31). If God did not have all power, why would it be fearful to fall into his hands? Imagine the power that God will use to punish the unfaithful- how much torture and pain and hurt will be inflicted upon them!

However, God also has the power to forgive the sins of mankind. “The Son of man has authority [power] on earth to forgive sins” (Matt. 9:6). If we are willing, God will use all the power at his disposal to forgive us of every sin we’ve ever committed. Will you come and accept that power to forgive you this morning?