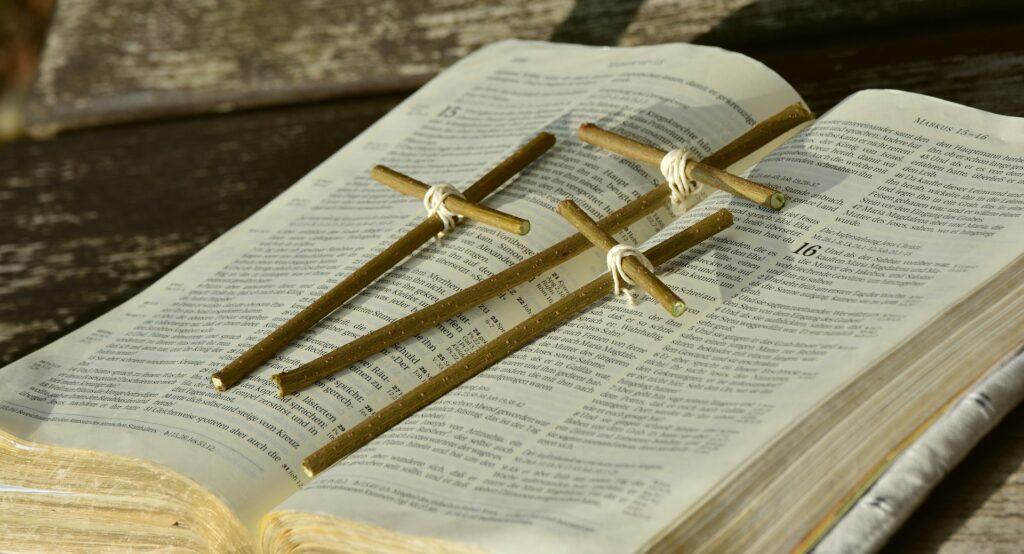 A little girl was playing with some very valuable teacups her mother had. The teacups themselves weren’t that valuable monetarily, but the mother’s grandmother had given them to her on her wedding day. Obviously, they had great sentimental value. The little girl came to her mother sobbing, “Oh, mama, I’m so sorry I broke your beautiful cup.” The mother replied, “I know you’re sorry, and I forgive you. Now don’t cry anymore.”

The mother then swept up the pieces of the broken cup and placed them in the trash can. But the little girl enjoyed the guilty feeling. She went to the trash can, picked out the pieces of the cup, brought them to her mother and sobbed, “Mother, I’m so sorry I broke your pretty cup.” This time her mother spoke firmly to her. “Take those pieces and put them back in the trash can and don’t be silly enough to take them out again. I told you I forgave you so don’t cry anymore, and don’t pick up the broken pieces anymore.”

Throughout Scripture, we are told that God is a forgiving God.

Let us think about the implications of God’s forgiveness!

Before we go any further, we must come to terms with the necessity of forgiveness.

Everyone is a sinner.

Each one of us here this morning has sinned. There is no one who does not sin. Granted, we may have struggled with and committed different types of sin, but we’ve all sinned.

A man was looking for a good church to attend, and he happened into a small one where a man was praying. The man who was praying prayed like this: “We have left undone those things which we ought to have done, and we have done those things which we ought not to have done.” The man dropped into a seat and sighed with relief as he said: “Thank goodness, I have found my crowd at last.” There are people in this world who think that we Christians think we’re better than everyone else. You know yourselves how false that is. We sin and we struggle, just like everyone else.

We need forgiveness for those sins we all commit, for the penalty for sin is severe.

Because of the penalties of sin, we better make sure that our sins are forgiven!

God Has Acted for Man’s Forgiveness

As we go back to the Old Testament, we find God making promises (acting) concerning forgiveness.

As we turn to the New Testament, we find God acting for man’s forgiveness.

God acted for man’s forgiveness in the coming of John the Baptizer.

John’s ministry is described as preparation for the coming Messiah. “The voice of one crying in the wilderness: Prepare the way of the Lord, make his paths straight” (Matt. 3:3). The preparation of John included the simple message: “Repent, for the kingdom of heaven is at hand” (Matt. 3:2). In fact, John’s baptism was in order to have sins removed: “John the baptizer appeared in the wilderness, preaching a baptism of repentance for the forgiveness of sins” (Mk. 1:4).

God acted for man’s forgiveness through the death of Jesus.

God also acted for man’s forgiveness by sending the apostles into the world to proclaim that forgiveness.

The message of the apostles was to be one of forgiveness: Jesus told the apostles, “Repentance and forgiveness of sins” should be preached in his name to all the nations (Lk. 24:47).

The apostles faithfully proclaimed that message. Remember the words of Peter at Pentecost: “Repent, and be baptized every one of you in the name of Jesus Christ for the forgiveness of your sins” (Acts 2:38). Notice also what Peter said at Solomon’s Portico: “Repent therefore, and turn again, that your sins may be blotted out, that times of refreshing may come from the presence of the Lord” (Acts 3:19).

What Does God’s Forgiveness Mean for Me?

There is no sin that God cannot forgive. Aristotle wrote a few hundred years before Jesus, “Even God cannot change the past.” There may be consequences of sin we must bear all of our lives, whether we are forgiven or not. But, in a real sense God can change the past. He – and only he – can wipe our slate clean so that we can start all over.

The ministry of Jesus demonstrates that God can forgive any sin. When the accusers of the woman caught in adultery left, Jesus looked at her sand said, “Neither do I condemn you” (Jn. 8:11). The woman who anointed Jesus’ feet – and she, in all likelihood, was a prostitute – found forgiveness. Jesus said, “Her sins, which are many, are forgiven” (Lk. 7:47). Think also of the compassion that Jesus showed Peter – that Jesus allowed Peter, after his betrayal, to be something of a spokesman for the apostles and to proclaim his message.

The most amazing demonstration of God’s forgiveness occurs in Acts 2. Peter had condemned that crowd for killing the Messiah: “This Jesus, delivered up according to the definite plan and foreknowledge of God, you crucified and killed by the hands of lawless men” (v. 23). When they cried out in despair “What shall we do’?” Peter didn’t say, “Wait a minute, you killed the Messiah, there ain’t no hope for you.” He gave them hope and told them how to have their sins – even the sin of killing the Son of God – removed.

“I wish there was some wonderful place called the Land of Beginning Again, Where all our mistakes and all our heartaches And all of our poor, selfish grief Could be dropped like a shabby old coat At the door and never put on again.” God basically offers that to us in his forgiveness.

God’s forgiveness also means that I need to abandon sin. If God is gracious and forgives our sin, we dare not live in sin.

Let us put away our sin, and live appropriately in light of God’s forgiveness!

Because God is so forgiving, man has an obligation to forgive others.

Since God has been so very good to us and forgive us of so much, can we do anything but forgive those who do wrong against us?

A man stopped, leaned on a rail fence, and watched an old farmer plowing with a mule. The visitor said, “I don’t like to butt in, but you could save yourself a lot of work by saying ‘gee’ and ‘haw’ to that mule instead of just tuggin’ on them lines.” The old timer pulled a big handkerchief from his pocket and mopped his brow. “Yep, I know that,” he agreed, “but this mule kicked me six years ago, and I ain’t spoke to him since.” It’s easy to see the absurdity in that tale, but isn’t it just as absurd to keep a grudge against one made in the image of God when God has forgiven us of so much?

You know how you can have God’s forgiveness. Some of you need to be baptized into Chris in order to have access to that forgiveness: “Repent, and be baptized every one of you in the name of Jesus Christ for the forgiveness of sins; and you shall receive the gift of the Holy Spirit” (Acts 2:38). Some of you need to come back to the Lord: “Repent therefore of this wickedness of yours, and pray to the Lord that, if possible, the intent of your heart may be forgiven you” (Acts 8:22).

Do you need to come and accept God’s forgiveness this morning? Will you do so?