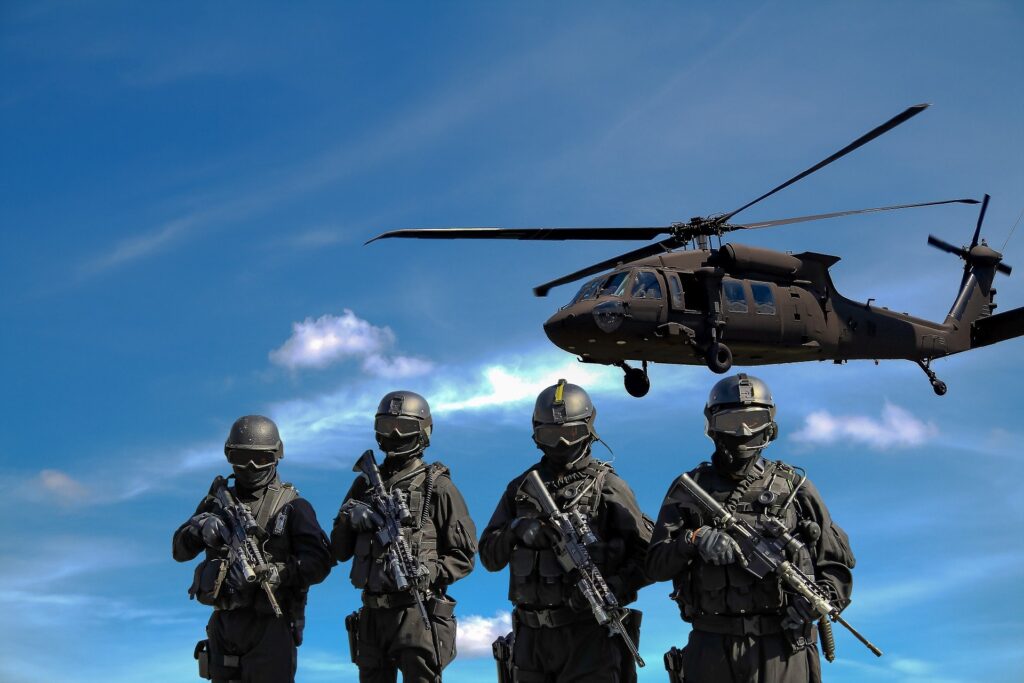 God as a God of War

A few years ago, a Dutch professor took time to calculate the cost of an enemy soldier’s death at different epochs in history. He estimated that during the reign of Julius Caesar, to kill an enemy soldier cost less than one dollar. At the time of Napoleon, it had considerably inflated — to more than $2,000. At the end of the First World War, it had multiplied several times to reach the figure of some $17,000. During the Second World War, it was about $40,000. And in Vietnam, in 1970, to kill an enemy soldier cost the United States $200,000.

Obviously, military expenditures are way up. According to New Internationalist magazine, global military expenditure is now running at well over $1 million per minute. One in every five scientists worldwide, says the magazine, is now engaged in military work, and the average military product is 20 times as research-intensive as a civilian product.

Precisely because war has such enormous cost, we seldom want to talk about war. How many soldiers come back from war and never discuss what they saw or experienced? How many soldiers come back from war and are never quite the same? The divorce rate for soldiers returning from war is higher than the national average for precisely that reason. My dad’s father served in Italy and North Africa during World War II. Until the day he died, he was greatly startled by sudden noises. When the phone would ring, you would think a bomb just went off beside him. On the Fourth of July, he would have to take shelter during the fireworks display because he couldn’t handle it. Those noises brought back too many painful memories.

God is a God of War

Throughout the pages of Scripture, God is presented as a warrior.

Moses spoke these words to the Israelites shortly after they had crossed the Red Sea. The Israelites look back upon that landscape where they had just crossed on dry land and here come the Egyptians right behind them. The Israelites were terrified. They said to Moses, “Was it because there were no graves in Egypt that you brought us to the desert to die? What have you done to us by bringing us out of Egypt? Didn’t we say to you in Egypt, ‘Leave us alone; let us serve the Egyptians’? It would have been better for us to serve the Egyptians than to die in the desert!” (Ex. 14:11-12).

Who wouldn’t have been afraid? Here you are in the middle of nowhere, you have no army, you have no commanding officer and here comes the most powerful military on the face of the earth. But you know what happened. As the Egyptians attempted to cross the Red Sea on dry ground, the sea came back, covered them up, and they drowned. Why? Because God is a God of war.

Long before the children of Israel crossed into the Promised Land, God made this promise: “I will send my terror ahead of you and throw into confusion every nation you encounter. I will make all your enemies turn with backs and run” (Ex. 23:27).

That doesn’t make much sense at all! What would this nation have done if Pres. Lincoln had said he would defeat the Confederates with just 300 men or what if FDR declared in that famous speech before Congress that he could defeat the Japanese with just 300 men? Lincoln and Roosevelt would undoubtedly have faced impeachment or at least the wrath of the voters in the next election. Jesus said that you don’t go to war unless you have enough men to win — “Suppose a king is about to go to war against another king. Will he not first sit down and consider whether he is able with ten thousand men to oppose the one coming against him with twenty thousand? If he is not able, he will send a delegation while the other is still a long way off and will ask for terms of peace” (Lk. 14:31-32).

Why would God want Gideon to take a chance that he could defeat the Midianites with just 300 men? Gideon had 32,000 men. Why dwindle that group down to just 300? When Gideon had the 32,000 men, God told him, “You have too many men for me to deliver Midian into their hands. In order that Israel may not boast against me that her own strength has saved her” (Judg. 6:2-3).

Other Old Testament passages refer to God as a God of war:

Without any doubt, God is a God of war. Let’s turn to look at what that means.

What is the Importance of God as a God of War?

Because God is a God of war, we don’t go to battle alone. There is a great cosmic struggle — war — taking place. “Our struggle is not against flesh and blood, but against the rulers, against the authorities, against the power of this dark world and against the spiritual forces of evil in the heavenly realms” (Eph. 6: 12). “Be self-controlled and alert. Your enemy the devil prowls around like a roaring lion looking for someone to devour” (1 Pet. 5:8).

Man has been brought into this battle. When Satan convinced Eve to eat of the forbidden fruit and give it to her husband, the war was no longer just between God and Satan, but man was now involved. Because we are now involved in this cosmic struggle, we face great temptation and we occasionally fall. Jesus told the disciples in the Garden, “Watch and pray so that you will not fall into temptation. The spirit is willing, but the body is weak” (Mt. 26:41). In other words, you often want to do the right thing — your spirit is willing — but you fail to do the right thing — your flesh is weak. Paul himself faced such struggles — Romans 7:21-24.

We do not face this cosmic struggle on our own, but God fights along with us. If you notice carefully the battles recorded in the Old Testament, you find that the text often says that God fought along with the Israelites. The same is true as we struggle against the spiritual forces at work in this world — God fights along with us (1 Cor. 10:13). God does not allow us to be tempted beyond what we can bear.

Satan does not have unlimited power, but God has placed constraints upon him. Remember the story of Job? Each time Satan wanted to inflict some disaster upon Job, what did the devil have to do? He had to go before God’s throne and gain permission to inflict Job. Undoubtedly, Satan has to do the same with us, for God will not allow us to be tempted beyond what we can handle. God knows what we can handle, and he will not allow any more to come to us beyond that. Satan must go before the throne of God and say, “God, I want to place this temptation on Justin. Can I do it?” Only then can Satan come and tempt me.

Additionally, God will provide a way of escape when we are tempted. Just as God provided escape for the Israelites from the hands of the Egyptians, God will provide escape for us from the hands of Satan. God will provide a way in which we can overcome Satan each time Satan comes to us. But, in order to overcome Satan, we must look for the way of escape God has provided. What if Moses had not lifted his staff back over the Red Sea? Do you honestly believe the Red Sea would have swallowed the Egyptians? What if David had never placed that stone in the slingshot? Do you honestly believe God would have caused Goliath to fall down dead?

God has won the victory. The Israelites had no trouble defeating the Egyptians, the Canaanites, or any other group they encountered because God had defeated them already. As we face the enemies in our lives, we need to understand that God has already won the victory.

We face Satan as our enemy. “Be self-controlled and alert. Your enemy the devil prowls around like a roaring lion looking for someone to devour” (1 Pet. 5:8). But, Satan has been defeated. Jesus overcame Satan:

When Satan comes and tempts us in this battle for our souls, we need to remember that God has already defeated him. When Jesus comes again, Satan will be defeated forever — “The devil, who deceived them, was thrown into the lake of burning sulfur, where the beast and the false prophet had been thrown. They will be tormented day and night for ever and ever” (Rev. 20:10). Why give into one who has already been defeated and will be tormented for ever and ever when Jesus returns?

We face death as our enemy. We sometimes hear that death is a natural part of life. After all, we are all going to die. But, death is an enemy — Jesus “must reign until he has put all his enemies under his feet. The last enemy to be destroyed is death” (l Cor. 15:25-26). Sin came into this world as a result of sin and were sin not in this world death would not be in this world.

Are you in Christ? Have you won the victory?