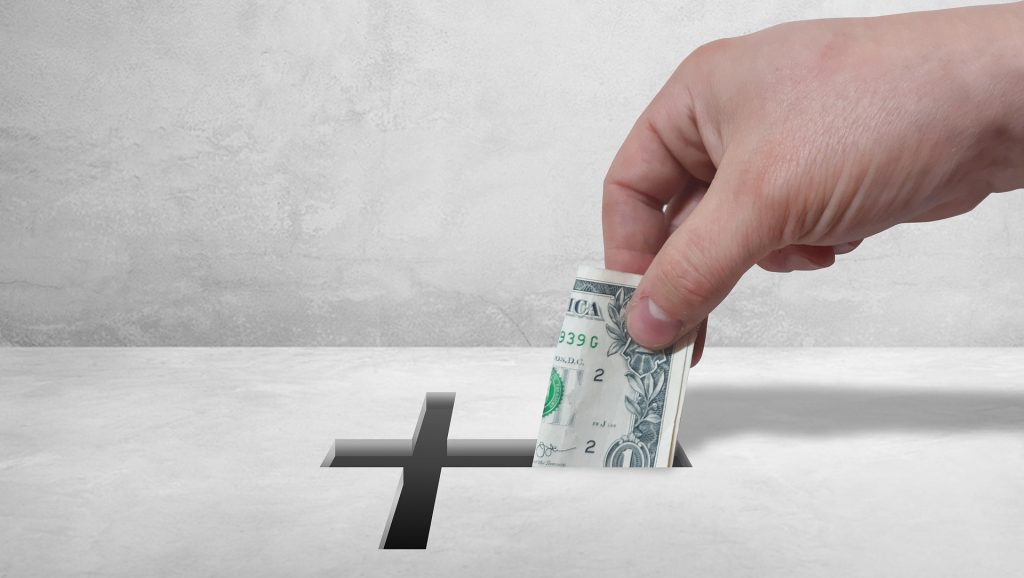 I’ve known some really generous people, but I’ll never forget the generosity of my brother Aaron. When I was in college, I went to Albania on a mission trip. The night before I left, Aaron walked over to me and placed a $50 bill in my hand. He told me he wanted to help me go and preach in a foreign land.

When I was home over Christmas break my senior year of college, my car gave up the ghost. We all knew that car was fixing to die, and I’m blessed the car died when I was home. But the problem was that I didn’t have a way to get back to school, seven hours away. As my family discussed ways that I could get back to Alabama and get around town, Aaron gave me the keys to his car and told me to take it. Aaron’s car was a Camaro, and it made me so very popular with the girls!

The Corinthians desired to be generous toward the saints in Jerusalem—saints who were facing a famine—but they seem to have started having second thoughts about being so generous: “This benefits you, who a year ago started not only to do this work but also to desire to do it. So now finish doing it as well, so that your readiness in desiring it may be matched by your completing it out of what you have” (2 Cor 8:10-11). Paul wrote this morning’s text to urge the Corinthians to finish their promise to give to the poor saints in Jerusalem. This morning, we want to hear Paul’s words and be called to give generously.

I know that preaching about giving is not a popular subject. I have heard people say that a preacher should never—under any circumstances—discuss money in a sermon. Well, the problem with that thinking is that generous giving is taught in Scripture, and I’m charged with preaching the whole counsel of God, not just the parts we like. Furthermore, our Lord Jesus talked more about money in the Gospels than he did any other subject; Jesus talked more about money than he did faith or repentance or heaven or baptism or prayer or the church. It’s right, therefore, that we discuss giving and money from this pulpit.

If I may be so bold, the church here needs to step up its giving. Many of you give generously and graciously. However, there are others of you who barely give at all. Such is not at all how God intended Christians to live. In the Old Testament, God condemned the Israelites for robbing him of tithes and contributions (Mal 3:8). Would God say the same thing to you today? Notice what Paul wrote to the Corinthians: “On the first day of every week, each of you is to put something aside and store it up” (1 Cor 16:2). Paul didn’t say for the wealthy to put something aside or for those who could afford it to contribute, but he wrote through inspiration “each of you.” Brothers and sisters, that is the word of God, not the word of Justin or the word of the elders or anyone else. God says you are to be giving.

The Corinthians had an opportunity to serve God by faithfully giving of their means. To encourage the Corinthians to give faithfully, Paul told them: “God loves a cheerful giver.” Let’s examine this text to learn that truth.

Reaping what you sow is an ancient proverb and a proverb used elsewhere in Scripture. Other passages use this proverb to speak of actions, but here Paul used the same principle to teach about one’s generosity in giving.

The Greek term for “sparingly” is “miserly.” The idea is that one is sowing as little as is humanly possible.

Each one must give as he has purposed in his heart. Notice that there is the expectation that each person is going to give.

Not only is every person expected to give, but he is to give as he has decided in his heart. The Greek term for “decide” refers to a deliberate choosing. The verb is in the perfect tense; the perfect tense refers to something which happened in the past which still has consequences in the present. In other words, Paul wrote that one was to choose what he would give before the assembly and then carry out that decision.

That deciding was to take place in the heart—the innermost part of a person.

God loves a cheerful giver. God appreciates those who give voluntarily and generously and with a happy heart.

God is able to make all grace abound. God, through Paul, is promising rich blessings for those who give cheerfully. Jesus also made that promise: “Give, and it will be given to you. Good measure, pressed down, shaken together, running over, will be put into your lap. For with the measure you use it will be measured back to you” (Lk 6:38). God richly blesses those who give.

God would make grace abound so the Corinthians would have sufficiency in all things at all times. The term “able” is in the present tense in the Greek and emphasizes the fact that God is always able to make grace abound. The Greek term for “abound” means to have more than enough, to have an overabundance. “Sufficiency” was used by the Greeks to mean “independence,” but the term was also applied to contentment. In fact, the English Standard Version has “contentment” in the footnote as an alternate reading. The idea could very well be that the Corinthians should be satisfied with their divine blessings.

Why would God bless the generous givers in Corinth? So they could give even more! Paul said God would bless the Corinthians so that they could abound in every good work. God richly blesses those who are generous so they can do even more.

Paul quoted Psalm 112:9 to conclude this section of Scripture. He used that text to remind the Corinthians that God has always blessed the generous.

I pray that you understand: “God loves a cheerful giver.” How should that truth impact your daily life?

One: You must DECIDE for God.

Paul said that each one should give as he has decided in his heart. You need to take a long, hard look at your finances and your heart and decide for God what you will give. When you make out your budget, God must be number one.

As you decide what you’ll give, you need to ask yourself some questions:

From an examination of your heart, you need to decide what you’ll give. Then you need to give! Have you decided for God?

Two: You must DEPEND on God.

This morning’s text teaches God’s generosity toward those who are generous.

As you put God first, God will meet every single need you have (Matt 6:33). A poor widow came up to the treasury in the temple and gave two small copper coins (Mk 12:42). Jesus commended her: “Truly, I say to you, this poor widow has put in more than all those who are contributing to the offering box. For they all contributed out of their abundance, but she out of her poverty has put in everything she had, all she had to live on” (Mk 12:43-44). That widow gave everything she had. Women, as you know, couldn’t easily work in the ancient world. She stepped out in faith and depended on God. You need to follow this widow’s example and step out in faith and depend on God.

I’d like to know how that poor widow fared after giving all she had, for we have no record of how she did after leaving the temple. But I know God took care of her because that’s a promise from a God who cannot lie. Is God taking care of you because you are a generous giver?

Three: You must expect a DELUGE from God.

Paul said that God will make all grace abound (v 8). I know many use this and similar texts to preach a “health-and-wealth” gospel. But God is not promising material wealth. However, he is promising great and abundant blessings.

And, one more truth about the DELUGE from God—as you give, God blesses you to bless others.

We’ve talked this morning about how “God loves a cheerful giver.” He also loves it when you give your life to him. In fact, there is great joy in heaven when just one sinner repents (Lk 15:7, 10). Are you the one who will bring joy in heaven this morning by turning to Jesus?