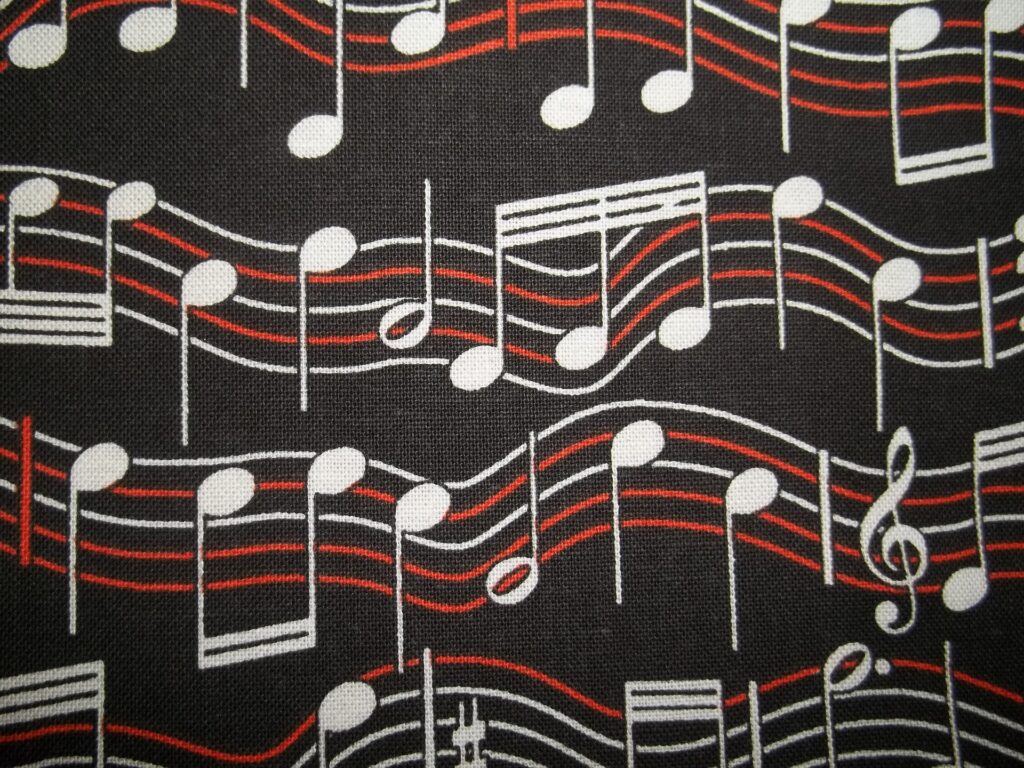 Why Do We Sing

A preacher said to an old member of the congregation, “You gave the Lord two hundred dollars this morning.” “What do you mean?” asked the aged Christian. “I don’t have it to give.” “I heard you singing,” replied the preacher. “I counted five hymns of praise to the Lord. The psalmist said that a song of praise would please the Lord more than an ox. A cow would be worth at least forty dollars. So you have given the Lord two hundred dollars.” It is true that the Old Testament refers to signing as being more valuable than the sacrifice of cattle: “I will praise the name of God with a song, And will magnify Him with thanksgiving. This also shall please the Lord better than an ox or bull, Which has horns and hooves” (Ps 69:30-31).

Singing when we come together is an important part of our worship. Those who lead our singing generally lead several hymns which exhort us to worship God, to glorify His name, to live holy lives, to center our minds on the cross before we take the Lord’s Supper, and to call us to study the Word of God. It is important that we each participate in our singing of hymns. The New Testament does not envision some remaining silent while others sing. Most churches have choirs or will have solos during the worship, but such activities fall outside the authority of the New Testament. Two passages of Scripture expressly teach that we are to sing at the same time.

I do not wish to get bogged down in Greek grammar and syntax tonight, for that’s not my purpose, but a couple points are in order. The pronouns “one another” in both of these texts are reflexive, but they are used as reciprocal pronouns. One Greek grammarian who defined the use of pronouns in the way they are used in Ephesians 5:19 and Colossians 3:16 said, “The reciprocal pronoun is used to indicate an interchange between two or more groups.”

The early church knew of no choirs or solos. John Chrysostom, an early church preacher, said: “It was the ancient custom, as it is still with us, for all to come together, and unitedly to join in singing. The young and the old, rich and poor, male and female, bond and free, all join in one song. . . . All worldly distinctions here cease, and the whole congregation forms one general chorus.” Ignatius, another early Christian writer, said, “Now all of you together become a choir so that being harmoniously in concord and receiving the key note from God in unison you may sing with one voice through Jesus Christ.”

Just as the New Testament knows of no choir or solo, the New Testament knows of no individuals’ being silent and not singing as the church comes together. Some might give excuses for not participating in the church’s singing: “I don’t sing that well” or “I am just not a singing type of person.” Such attitudes really depict an inaccurate view of worship–Worship is not about me, worship is not about what sounds nice to my ears. Worship is about God from beginning to end. Worship is about falling at the feet of the Creator and praising Him for His greatness and what He has done for us through Christ.

What is so special about singing in church services? This evening, I want us to explore that question.

Singing is a Way of Preaching Christ

There are several early Christian hymns in the New Testament. Philippians 2:5-11. This passage is quite rhythmic in the Greek and scholars are nearly unanimous that this was an early Christian hymn. The real question has been whether or not Paul composed the hymn himself or borrowed it from some other source. It does appear to me that the Spirit gave inspired hymns to individuals. Notice the mention of “hymn” along with Spirit-endowed speaking: “Whenever you come together, each of you has a psalm, has a teaching, has a tongue, has a revelation, has an interpretation” (1 Cor 14:26). It’s not impossible that the Spirit gave this hymn to the early church. It could also be that a non-inspired person wrote the hymn, but since the hymn expressed truth the Spirit guided Paul to include it in inspired Scripture. Another probable early Christian hymn is found in 1 Timothy 3:16.

The point is that these early Christians hymns praise Christ and teach about Him, and our singing provides an opportunity to teach about Christ. One reason to sing is to teach: “Let the word of Christ dwell in you richly in all wisdom, teaching and admonishing one another in psalms and hymns and spiritual songs, singing with grace in your hearts to the Lord” (Col 3:16). As we sing hymns expressed the truth about Christ, we preach Him–all of us, whether male or female, gifted speakers or not, have an opportunity to preach Christ in song. Augustine gives an account of the effect that the singing of Christian hymns had on him at the time of his baptism: “Oh, how freely was I made to weep by these hymns and spiritual songs, transported by the voices of the congregation sweetly singing. The melody of their voices filled my ear, and divine truth was poured into my heart. Then burned the sacred flame of devotion in my soul, and gushing tears flowed from my eyes, as well they might.”

Signing is a Confession of Faith

“Through him then let us continually offer up a sacrifice of praise to God, that is, the fruit of lips that acknowledge [confess] his name” (Heb 13:15, ESV). The King James Version and the New King James Version says “giving thanks to His name” rather than “confessing His name.” But, the Greek word is “confess,” the same word used for the confession of faith or the confession of sin.

You know just how important the confession of faith is. “Whoever confesses Me before men, him I will also confess before My Father who is in heaven” (Matt 10:32). “If you confess with your mouth the Lord Jesus and believe in your heart that God has raised Him from the dead, you will be saved. For with the heart one believes unto righteousness, and with the mouth confession is made unto salvation” (Rom 10:9-10).

“By Him let us continually offer the sacrifice of praise to God, that is, the fruit of our lips, giving thanks to His name” (Heb 13:15).

The Old Testament spoke of praise being a form of sacrifice. “Let my prayer be set before You as incense, The lifting up of my hands as the evening sacrifice” (Ps 141:2). “I will sacrifice to You With the voice of thanksgiving” (Jonah 2:9).

The New Testament speaks of the people of God as a “priesthood.” “You are a chosen generation, a royal priesthood, a holy nation, His own special people, that you may proclaim the praises of Him who called you out of darkness into His marvelous light” (1 Pet 2:9). “To Him who loved us and washed us from our sins in His own blood, and has made us kings and priests to His God and Father, to Him be glory and dominion forever and ever” (Rev 1:5-6).

The Protestant Reformation reintroduced the idea of the “priesthood of all believers.” Martin Luther was especially instrumental in advocating this idea. Luther and others taught that the “priesthood of all believers” means that we don’t need a separate class of priests. I can go to God’s throne through Jesus, the High Priest, the same as you can. Remember Luther and others were combating Catholicism which has a well-established priesthood.

As we sing, we join the heavenly chorus from this side of eternity. When we are in heaven, we will be lifting up our voices in an unceasing song of praise to God. Our singing in the assembly of the church is in anticipation of that singing in eternity.

A couple passages connect singing with mutual edification. “Speaking to one another in psalms and hymns and spiritual songs, singing and making melody in your heart to the Lord” (Eph 5:19). Notice the phrase “to one another.” The Greek construction indicates that the speaking is done for the benefit of one another; as we each sing, we benefit from the Christians around us. “How is it then, brethren? Whenever you come together, each of you has a psalm, has a teaching, has a tongue, has a revelation, has an interpretation. Let all things be done for edification” (1 Cor 14:26).

What is implied in singing for mutual edification?

Singing Exemplifies the Unity of the Church

“You may with one mind and one mouth glorify the God and Father of our Lord Jesus Christ” (Rom 15:6).

As a body of believers, we are to be united. “I plead with you, brethren, by the name of our Lord Jesus Christ, that you all speak the same thing, and that there be no divisions among you, but that you be perfectly joined together in the same mind and in the same judgment” (1 Cor 1:10). As we lift our voices in harmony, we have the opportunity to show that unity.

“Is anyone among you suffering? Let him pray. Is anyone cheerful? Let him sing psalms” (Js 5:13).

While emotion must never be the focal point of our religion or our worship, there are often deep emotions embedded in both religion and worship. Signing allows us to express that emotion. Martin Luther said, “Music is a fair and lovely gift of God which has often wakened and moved me to the joy of preaching . . . . Next after theology, I give to music the highest place and the greatest honor . . . . My heart bubbles up and overflows in response to music, which has so often refreshed me and delivered me from dire plagues.”

When the eunuch was baptized, he “went on his way rejoicing” (Acts 8:39). Without any doubt, the eunuch sang many songs as he journeyed back to Ethiopia–his heart was so full of joy at his conversion. Does your heart bubble up with that joy this morning? Do you need to come right now and seize that joy?