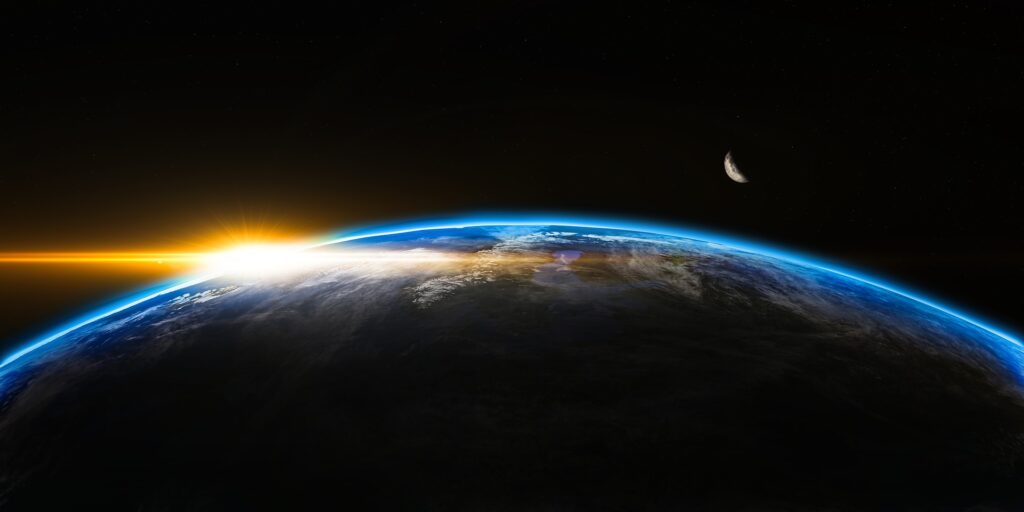 What’s Being a Missionary All About?

Several years ago, the Standard Oil Company was making preparations to establish itself in Indonesia. Company executives were seeking a manager for their Indonesian operations. They were informed that the man best qualified for the place was a certain missionary. The company approached the missionary in reference to his availability for the position. They offered $30,000 a year, a rather large sum for that day. The missionary declined. Those seeking his service raised the offer. Still he declined. Finally, they said, “Just name your salary. We’ll pay it if the salary we have named isn’t large enough.” “Oh,” he replied, “the salary is big enough, but the job isn’t big enough!”

There is no more important work on the face of this earth than sharing the message of Jesus Christ. The church here greatly believes in sharing Jesus’ message. Our VBS is rapidly approaching. We’re having a Friend and Family Day in just two weeks. So many of you are active in Monday Night for the Master.

Since we’re so heavily involved in sharing Jesus’ message, I thought it would be wise for us to ask, “What’s being a Missionary All About?” Mission work is ABOUT GOING INTO ALL THE WORLD, ABOUT PREACHING THE GOSPEL, and ABOUT REACHING ALL PEOPLE.

Mission Work is About Going into all the World

A little girl was playing with some lettered blocks one day. Her mother showed her how to spell the word, “good” and explained how important it was for little girls to be good and do good. After a while, as her mother was working in the kitchen, the little girl ran to her and said, “Come and see the two nice words I made out of the word ‘good.’” When her mother looked, she saw that her girl had made the words “go” and “do.”

The words “go” and “do” are very important to us as Christians. Those were the instructions Jesus gave His disciples.

There are some who claim that the Great Commission doesn’t really apply to us today–the words were spoken by Jesus to the apostles and that was their role. After all, from Luke’s account in Acts, we learn that the apostles were not to carry out this mission until they received the power of the Holy Spirit, something you and I lack. That understanding, however, ignores the wording of Matthew’s account. Verse 20: “Teaching them to observe all things that I have commanded you.” The disciples were to teach new converts to obey everything Jesus had taught them. Had Jesus not just taught them to go into all the world with His message? Was that not part of the “all things” the apostles were to teach new converts?

I know some of you must be thinking, “Justin, are you saying that all of us must go to the foreign mission field at some point to be pleasing to God?” In the first place, it’s been more than a fifteen years since I’ve been on foreign soil for the purpose of teaching the Gospel–some of you have been in the last few years, but not I.

More importantly, the Scriptures do not support that conclusion. Notice that Jesus’ instructions to the disciples in Acts 1:8 were that they were to start missions in Jerusalem. Mission work begins at home! Mission work does not begin in Central America or the South Pacific or the former Soviet Union or Africa.

Remember also Jesus’ words in John 4:35: “Do you not say, ‘There are still four months and then comes the harvest’? Behold, I say to you, lift up your eyes and look at the fields, for they are already white for harvest!” We do not need to halfway across the globe to find the fields ripe for harvest. They are ripe for harvest right here in the Roanoke Valley! Are we doing what we can to further the mission of Jesus Christ right here in our own community?

Mission Work is About Preaching the Gospel

As we look at those who went throughout the world in the first century, we find that they preached the gospel of Jesus.

Mission work preaches the love of God. Because God loves us, we can have our sins forgiven–God “has delivered us from the power of darkness and conveyed us into the kingdom of the Son of His love, in whom we have redemption through His blood, the forgiveness of sins” (Col 1:13-14). Because God loves us, we can have eternal life. “God so loved the world that He gave His only begotten Son, that whoever believes in Him should not perish but have everlasting life” (Jn 3:16). “Most assuredly, I say to you, he who hears My word and believes in Him who sent Me has everlasting life, and shall not come into judgment, but has passed from death into life” (Jn 5:24).

Mission work, then, holds out a balanced view of God–a God who loves and who holds forth salvation and also a God who will execute judgment upon those who rejects His offer of salvation.

Mission Work is About Reaching All People

There can be no racial prejudices in missions, for the gospel is for all–regardless of race. “A woman of Samaria came to draw water. Jesus said to her, ‘Give Me a drink’” (Jn 4:7). That’s radical! Jews did not associate with the Samaritans at all. The Samaritans, of course, were half-breeds who came from the Jews left after the Assyrian Captivity and the Assyrian captors. Jews typically looked upon the Samaritans as though they were dogs, but Jesus not only converses with a Samaritan woman but He also teaches her.

Philip “arose and went. And behold, a man of Ethiopia, a eunuch of great authority under Candace the queen of the Ethiopians, who had charge of all her treasury, and had come to Jerusalem to worship” (Acts 8:27). Philip would have had so many reasons not to teach this treasurer. He was probably not a Jew by birth. He had gone to Jerusalem for worship, so he was a proselyte. Proselytes had been converted at Pentecost, so there wasn’t the problem of converting Gentiles which would come later in Acts. The man was a eunuch. As such, he could not participate fully in the temple worship (Deut 23:1). Being from Ethiopia, this man is likely black. Jesus and the apostles, of course, weren’t white by any stretch of the imagination, but this man would have been much, much darker than they. We need to preach the gospel to individuals regardless of what color they are.

There can be no social prejudices in missions. Jesus forgave a prostitute when she came and anointed His feet with oil (Lk 7:36-50). Notice the words of James 2:1-4. Because we are human, there is a tendency to look at people’s social standing. If they’re in our socio-economic range, we’ll be far more likely to befriend them. If people can contribute a great amount, we might be tempted to think, “We need to win them for what they have to offer.” The truth of the matter is, of course, the gospel isn’t about what people can offer. It’s about what Jesus can offer!

Jesus has died for you. Do you need to come to Him this evening?