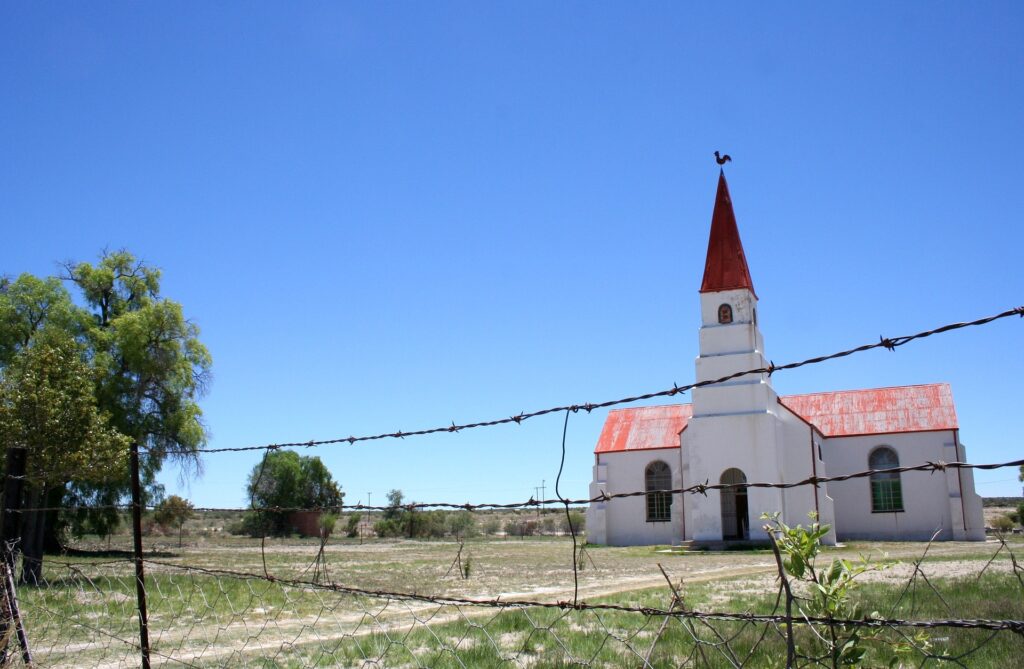 Before 1948, there were 172 missionaries in Palestine, representing that many Christian groups. An Anglican bishop therefore said, “Divided Christendom is a source of weakness in the West: in non-Christian lands it is a sin and a stumbling block. If the non-Christian world is to be won for Christ our message must be one. If our message is to be one, we must be one.”

That is so very true – if we are to win the world to Jesus, we must be one. Yet, the religious world is deeply, deeply divided. Everywhere one looks, one sees a different kind of church. What does God think of all this denominationalism? Does it please him, or does it disappoint him?

Some act as though denominationalism is a good thing. They say, “More gets done for the Lord,” “This gives people a choice about where to worship.”

We need to understand, however, that God absolutely hates division. Proverbs 6:16-19. What is denominationalism except “sowing discord among brethren?” In denominationalism, someone gets a new idea and begins spreading it among a church. Some accept the new idea, while other reject it. Those who accept this idea follow the new leader, while those who reject it stay behind. Is that not sowing discord among brethren? Is that not what the Lord hates?

God is Not the Author of Confusion

In the Corinthian church, there were those who could speak in tongues and prophesy. Apparently, these brethren were attempting to exercise these spiritual gifts at the same time – several were attempting to prophesy, speak in tongues, and interpret at the same time. Obviously, confusion reigned supreme in this congregation – visitors in that congregation had to be terribly confused. Paul instructed them to speak one at a time, “for God is not the author of confusion but of peace” (1 Cor. 14:33).

Imagine the confusion of those who are not affiliated with any church. They look at the division in the religious world and scratch their heads wondering what they are to believe. They walk away from religion more confused about God than ever before.

God Does Not Want Us to Wear Human Names

The Lord Wants the Church to be Unified

Scripture admonishes us to be unified instead of divided. Before he died, Jesus prayed for the unity of the church (Jn. 17:20-21). We are to endeavor “to keep the unity of the Spirit in the bond of peace” (Eph. 4:3).

How the Lord must weep when he sees the church as divided as it is in today’s world!

The Lord Wants His Children to Believe the Same Thing

It is not simply enough to be united physically, we must be united in our creeds, our beliefs. “I plead with you, brethren, by the name of our Lord Jesus Christ, that you all speak the same thing, and that there be no divisions among you, but that you be perfectly joined together in the same mind and in the same judgment” (1 Cor. 1:10). “Be of one mind” (2 Cor. 13:11). “l implore Euodia and I implore Syntyche to be of the same mind in the Lord” (Phil. 4:2). “All of you be of one mind” (1 Pet. 3:8).

We cannot believe whatever we want; we are to be of the same mind. Denominationalism runs counter to these admonitions: Denominations thrive on the fact there is little agreement in the religious world – that’s why there’s so many denominations. Denominations even say that it isn’t important for everyone to agree on religious matters. They hold it’s perfectly acceptable for different religious groups to teach different things.

The Lord’s Body is One, Not Many

These texts inn right in the face of denominationalism: They claim to be various bodies of Christ. They claim that having different churches from which to choose is good, yet God’s Word says that there is one body.

The Lord Died on the Cross to Unify the World

Jesus died on the cross to make one man from the two (Eph. 2:14-16). This text specifically deals with Jews and Gentiles, and that they were able to come together after the cross, they were reconciled together to God. Yet, there is a clear application to denominationalism; the point of the cross was to reconcile people to each other and allow them together to be reconciled to God.

Denominationalism destroys that entire concept. Instead of bringing people together, they tear people apart. They will have a whole list of man-made obligations and if one chooses not to obey those regulations, he cannot be a part of that group. The reconciliation God intended cannot take place in such an environment.

The Lord Wants Home to be United

The Lord intended for the home to be unified, close, and loving. “As for me and my house, we will serve the LORD” (Josh. 24:15) – the implication here is that Joshua would lead his family and that his family would serve God together. “Can two walk together, unless they are agreed?” (Amos 3:3). For families to be close and unified, they need to agree. “If a house is divided against itself that house cannot stand” (Mk. 3:25).

How many homes have been destroyed or damaged as a result of denominationalism? Many times one spouses attends one church and the other spouse attend another church, and there cannot possibly be the closeness between those spouses which exists between those spouses who are unified. Many times one spouse won’t attend anywhere, because he is afraid of offending his parents, and so his wife goes alone. Many times one parent attends one church and the other parent attends another, and the children grow up not knowing what to believe.

Is this good? People tell us that denominationalism is good, but is the destruction of the family good?

Are you a member of the New Testament church? Have you rejected what others have told you to do for your salvation, but instead looked to the Bible to find the answers?