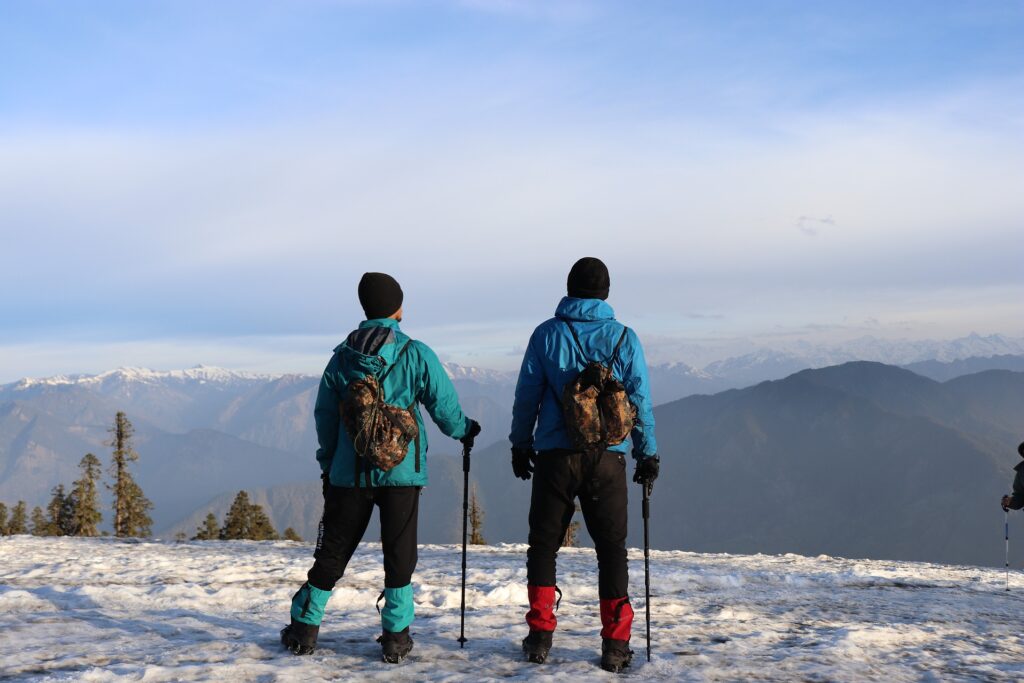 A few years ago, the boys, Tammy, and I had gone to Tammy’s parents for a few days. Wil, as he often does, asked to spend the night with his cousins at Uncle Rob and Aunt Cheryl’s house. No issue with that, so he goes home with them. In the middle of the night, Wil tumbles out of the bed, hits a nightstand, and gets a fairly deep cut. But, Wil’s tough, so he just climbs back in bed, and the next morning pandemonium breaks out. There is blood all over his pillow, his wound needed to be stitched, and Tammy’s brother and sister-in-law were worried about what Wil’s parents might think. Those things happen all the time, so it really wasn’t a big deal.

That being said, what Tammy’s brother did next flew all over me. He knew a plastic surgeon, and Robbie had called the plastic surgeon’s office, and they were waiting on us to get there. I know most parents would appreciate a brother-in-law taking care of things like that; but, you see the Main Street congregation, where Tammy’s family attends, had withdrawn fellowship from this doctor. I was quite adamant that we could go to the ER, but we couldn’t go to see the physician. We weren’t under the Main Street eldership at that time, but I still didn’t think it right to have contact with him. But, Tammy’s brother informed us that the elders there at Main Street had said that if you needed to use this doctor you were more than welcome to have a business relationship with him. I personally would not have made that decision. However, we went to see him and he sewed Wilson’s eyebrow back together.

I’m curious to know what experiences you’ve had with disfellowshiping. Were you part of a congregation that withdrew from a disorderly brother or sister? Did you bump into that person at Walmart, and you weren’t sure how to handle the situation? Did a congregation ever withdraw from your family? How did you handle that? How did you show love but still uphold God’s standards?

Were you part of a congregation that buried its head in the sand when it came to sin? Maybe it was some sin — adultery or greed or arrogance — and the congregation went right along with it. Maybe it was the fact that the church was not willing to discipline a huge financial donor.

The elders here have deemed it appropriate that we begin the process of withdrawing fellowship from some brethren who are unfaithful in worship. I’d much rather talk about God’s grace for sinners, about how Jesus vanquished death with His resurrection, or about the day all suffering will end. But, we need to have this discussion.

To help our brethren avoid that “fiery indignation,” we must use church discipline. Last week we thought about how disfellowship was a manifestation of love to those caught up in sin. This morning, we want to think about the “tough” part of that equation. Scripture teaches: “Disfellowship severs relationships.” Some would think I was cruel for saying that. However, Jesus Himself says relationships are severed because of Him. “I have come to ‘set a man against his father, a daughter against her mother, and a daughter-in-law against her mother-in-law’” (Matt 10:35). In the same passage, Jesus says that if we love family more than Him we cannot be His disciples (Matt 10:37).

When disfellowship occurs, Jesus says that you must “let [the one disfellowshiped] be to you like a heathen and a tax collector” (Matt 18:17). Since Jesus, in this context, is talking about sinning against a brother (v. 15), some might say that I cannot use this to speak about disfellowship. I would disagree. Immediately before Jesus starts talking about someone sinning against you, the Lord speaks of seeking a wandering sheep (vv. 11-14). Jesus calls the behavior “sin.” Notice the fullness of what Jesus says at verse 17: “If he refuses to hear [the two or three witnesses], tell it to the church. But if he refuses even to hear the church, let him be to you like a heathen and a tax collector.” Those being disfellowshiped have clearly not listened to the church.

In many cases, the one being disfellowshiped has sinned against other Christians. “I have written to you not to keep company with anyone named a brother, who is sexually immoral, or covetous, or an idolater, or a reviler, or a drunkard, or an extortioner–not even to eat with such a person” (1 Cor 5:11). You can readily see how many of those sins could be a direct sin against brethren: Sexual immorality, greed, reviling (being abusive), alcohol abuse, and extortion. In Paul’s day and culture, idolatry could greatly harm the church: In Corinth, some Christians were being led into idolatry by the behavior of some of the Christians. You can imagine the embarrassment such a sin might cause for the church.

Therefore, when disfellowship takes place, I, according to Jesus, must treat that individual “like a heathen and a tax collector.” What does the Lord mean?

Paul, with the Spirit of God directing him, says that we can have no company with a brother or sister who has been disfellowshiped (1 Cor 5:9-13). Paul writes these words in a context of sexual immorality. However, sexual immorality was the problem at Corinth; you must always remember that the Epistles were often written to combat specific problems in the early church. Paul makes this a broad truth when: he lists several other sins (v 11), and he says “such a person.” He, therefore, says he hasn’t given an exhaustive list.

The Scriptures teach consistently about withdrawing, even though the sins and circumstances are different. Romans 16:17-18. 2 Thessalonians 3:6. Paul delivered Hymenaeus and Alexander over to Satan that they might learn not to blaspheme (1 Tim 1:20). “Reject a divisive man after the first and second admonition” (Tit 3:10).

How do we practically go about severing the relationships disfellowship brings?

You judge the sinner.

I know what some might object to that wording. We’re not to judge; that’s from Jesus (Matt 7:1-5). However, Jesus speaks of hypocritical judging — that’s obvious: Jesus mentions hypocrites and says we ought not judge when we have worse problems ourselves. That passage has absolutely nothing to do with calling sin sin.

With all due respect, Paul calls upon us to judge. “What have I to do with judging those also who are outside? Do you not judge those who are inside?” (1 Cor 5:12). We judge those on the inside by carrying out the discipline the elders put before the congregation; when you cut off fellowship, you are judging. When you judge, you are not saying that you are better than anyone else. You aren’t saying that you have all the answers. You are not condemning a soul to hell. Instead, you say habitual sin cannot be tolerated among God’s people. You say Jesus’ blood is too precious to be treated with contempt. You demonstrate that God’s Word is the standard by which you live your life.

The severing of all contact is extremely clear as you look at the Scriptures. “If he refuses even to hear the church, let him be to you like a heathen and a tax collector” (Matt 18:17). “Avoid them” (Rom 16:17). “I have written to you not to keep company with anyone named a brother, who is sexually immoral, or covetous, or an idolater, or a reviler, or a drunkard, or an extortioner–not even to eat with such a person” (1 Cor 5:11). “We command you, brethren, in the name of our Lord Jesus Christ, that you withdraw from every brother who walks disorderly and not according to the tradition which he received from us” (2 Thess 3:6).

When this church disfellowships those living in sin, you can have no contact whatsoever. In 1 Corinthians 5, Paul says that we cannot even eat with such a person. Eating together was a big issue in the day of Paul. Eating together was so intimate that men and women did not eat together. You ate in a circle and you leaned your head on the chest of the guy next to you: “Now there was leaning on Jesus’ bosom one of His disciples, whom Jesus loved” (Jn 13:23). That whole idea is foreign to us, but that’s just how big eating together was in the ancient world.

Eating together was also a big part of what took place in the early church. “Continuing daily with one accord in the temple, and breaking bread from house to house, they ate their food with gladness and simplicity of heart” (Acts 2:46). Even in today’s church, do we not eat together a good bit? Is not eating together something we enjoy socially? In our house, we sit down at the supper table every night. Do you know why? We’re family and we talk about our day, talk about what’s important to us, and we interact. We do it to keep our family united. When someone is disfellowshiped, he loses his place in the family of God to come and eat with us.

But, all contact must be severed. There can be no phone calls, no visits, no Facebook. The Bible makes very clear that we can have no fellowship with them whatsoever. To be honest, however, I would urge some contact with that brother or sister. I would urge you to lift him or her up in prayer before the throne of Almighty God. Personally, I’d even suggest that you send a card or an email or a phone call every now and then to let it be known you’re praying for the salvation of that soul.

What would happen if this congregation really came to understand that “Disfellowship severs relationships?” I believe we would become a congregation moving closer and closer to heaven; we would hold each other accountable in ways we otherwise cannot. I believe we’d be seeking to remove sin from our lives in new and different ways; we’d see what happens when brethren persist in sin, and we’d want no part of it. I believe we’d see hearts being changed and souls on the way to heaven.

Some might ask, “Does disfellowship really work?” Why would you think that God in His infinite wisdom would tell us to do something that wouldn’t work? I had lunch with a local preacher not long ago, and he told me that the congregation withdrew from several who were unfaithful in their worship attendance. Do you know what happened? About half of those souls returned to the fold.

But, we have evidence in Scripture that disfellowship works. The man who was living with his father’s wife in 1 Corinthians 5 was restored (2 Cor 2:6-11). As this congregation moves to disfellowship erring brethren, would it not be wonderful to see these precious souls come home?

Do you need to come home?