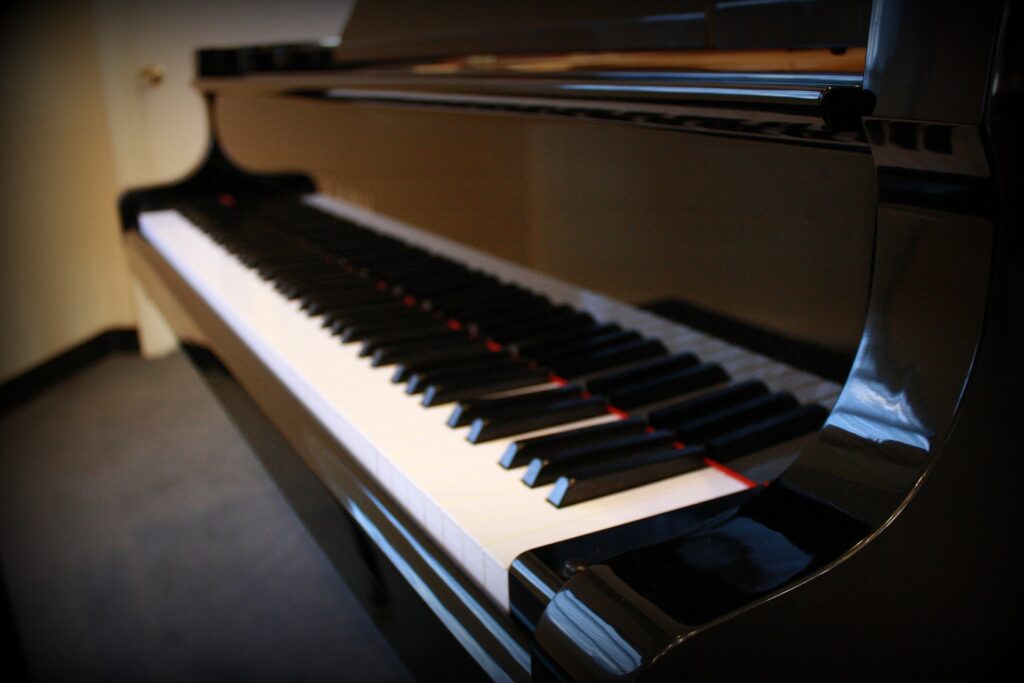 “God Didn’t Say I Can’t Use Instrumental Music in Worship!”

Music is quite powerful. Jamie Rouse walked into his Lynnville, Tennessee, high school on November 15, 1995 and killed a teacher and a student. When asked what drove him to kill, Rouse said it was the music he had listened to. He said, “I used to think, This ain’t affecting me, you’d have to be weak-minded to let this stuff affect you, and the whole time it affected me.”

Martin Luther understood the power of music for good. He said, “The devil should not be allowed to keep all the best tunes for himself.” Luther also said, “Music is a glorious gift of God, very like to theology. I would not part with my little gifts of music for anything in the world. We ought to teach the young this art, for it makes fine and clever people.” Again, the famed Reformer said, “Next after theology, I give to music the highest place and the greatest honor.”

It is no doubt that power of music that caused God to include music in the worship of the church. “Be filled with the Spirit, addressing one another in psalms and hymns and spiritual songs, singing and making melody to the Lord with your heart” (Eph 5:18-19). “Let the word of Christ dwell in you richly, teaching and admonishing one another in all wisdom, singing psalms and hymns and spiritual songs, with thankfulness in your hearts to God” (Col 3:16).

Several have rightfully pointed out through the years that the context of both of these passages is the Christian life, not the Christian worship assembly. Therefore, many have said that the New Testament says absolutely nothing about singing in the assembly. While it is true that the context of these passages is the Christian life, it is not true that the singing takes place privately. Ephesians 5 speaks of “addressing one another” and Colossians 3 speaks of “teaching and admonishing one another.” Such activities cannot take place in private, but they require the assembly. Further, the verbs are reflexive in Greek. That means that the addressing and teaching take place between people simultaneously. As you teach me, I’m teaching you, and vice versa. It’s obvious that Paul envisions the singing taking place in the Christian assembly.

But, must that singing be a cappella? That is the question we’re currently examining. One frequently heard argument in favor of instrumental music is that God doesn’t say not to use it. Whether God’s silence on something allows or prohibits its use has been a subject of a long debate. Martin Luther, whom we quoted earlier and who was personally opposed to instrumental music, believed that if God did not specifically forbid a practice that practice was acceptable. Ulrich Zwingli, on the other hand, firmly believed that one could only do what God had specifically authorized him to do. Who is right in this debate? We want to think about that question tonight.

We need to understand that some things are wrong even though the Bible says nothing about them.

I cannot find a single word in Scripture that says I cannot view pornographic materials on the Internet. The Bible is completely silent on the issue. Does that, therefore, make the activity right? No! But, why is it wrong? Because God has given us specific guidelines: “I say to you that everyone who looks at a woman with lustful intent has already committed adultery with her in his heart” (Matt 5:28). “Do not rebuke an older man but encourage him as you would a father, younger men as brothers, older women as mothers, younger women as sisters, in all purity” (1 Tim 5:1-2). That is all God had to say on the subject.

I cannot find a single word in Scripture that says that the destruction of embryos for medical research or medical therapy is wrong. But again, God has given us guidelines that would prohibit Christians from participating in such. For example, we know that life begins at the point of conception: “If the woman has not defiled herself and is clean, then she shall be free and shall conceive children” (Num 5:28); notice that it is children that are conceived. We dare not take human life. “Whoever sheds the blood of man, man shall his blood be shed, for God made man in his own image” (Gen 9:6). Because life begins at conception and murder is unacceptable, we know for a fact that personhood begins at conception and that life cannot be destroyed.

Can you imagine what the Bible would be like if God did tell us everything that was right or wrong? The book would be so large it would be impossible to carry and impossible to know. What about the parts of the Bible that would make absolutely no sense to us because certain evil has yet to be invented? Just imagine what our first-century brethren would have thought if God needed specific instructions about Internet pornography or embryonic stem cell research? Because that evil wasn’t available to them, they would certainly have been confused! Can you imagine how confused we might be if God spoke about evil that might be invented in the next 500 years? Yet, God has provided us with guidelines that shall stand for eternity.

We also need to understand that specifics leave no wiggle room.

The biblical principle is quite clear: when God says specifically what he wants, everything else is excluded.

Any law of exclusion only applies when there are specifics. You are tired after a long day at work, and you pull up in front of GoMart, hand your son some money and tell him to run in and get a gallon of milk. He comes back with a gallon of orange juice, because he says he likes that better. Are you going to be happy? Why not? You gave him specific instructions that he disobeyed.

Likewise, God has specified singing as the type of music to be offered before him. It’s obvious that God could have commanded instruments to be used as well-he did so in the Old Testament and musical instruments were known to the early Christians. But, when God says, “Here is what I want,” he doesn’t need to spell out everything he doesn’t want.

It is at this point that so many stumble. It is true that Scripture doesn’t mention many things we use in modern worship-a church building, a pulpit, pews, a pitch pipe, songbooks, the PowerPoint projector, etc. People will say, “Since God is silent on those things, what gives you the right to use them?” I once actually had a lady tell me that I couldn’t use God’s silence to exclude musical instruments from worship, for God also had said nothing of airplanes. The argument was that since I had flown on airplanes-of which God has said nothing-I could not object to her use of instruments-of which God has said nothing.

Understand that simply because something is not mentioned in Scripture as a part of worship does not make it wrong. But when God says, “Here is what I want,” that excludes everything else.”

Let’s apply this “law of specifics” to two parts of our worship.

Nowhere in the New Testament, do I read of a pulpit or of using notes or of using a PowerPoint. I can use those aides because they do not change the act of preaching. But, what about having a play next Sunday morning instead of a sermon? Nowhere does God say I cannot do that. But, notice what God does want: “On the first day of the week, when we were gathered together to break bread, Paul talked with them, intending to depart on the next day, and he prolonged his speech until midnight” (Acts 20:7). The specifics of a speech excludes everything else.

Nowhere in the New Testament do I read of using communion trays or even men having pass the elements throughout the assembly. But, using trays and having our brethren serve us doesn’t change the act of the Lord’s Supper. It is far more expedient than having everyone line up and come up front to be served. But, what if next Lord’s Day we wanted Twinkies and Coca-Cola? Jesus used unleavened bread and fruit of the vine. Everything else is excluded.

If God has simply said, “Make music,” we would be free to use any kind of music we wanted in our worship. However, God specified singing. Therefore, singing is the only thing I have a right to do.

A direct corollary of the “law of specifics” is that we are not to add to Scripture.

“You shall not add to the word that I command you, nor take from it, that you may keep the commandments of the LORD your God that I command you” (Deut 4:2). “Do not add to his words, lest he rebuke you and you be found a liar” (Prov 30:6). “I warn everyone who hears the words of the prophecy of this book: if anyone adds to them, God will add to him the plagues described in this book, and if anyone takes away from the words of the book of this prophecy, God will take away his share in the tree of life and in the holy city, which are described in this book” (Rev 22:18-19). When God has been specific, we dare not think that we humans can improve on what God has said.