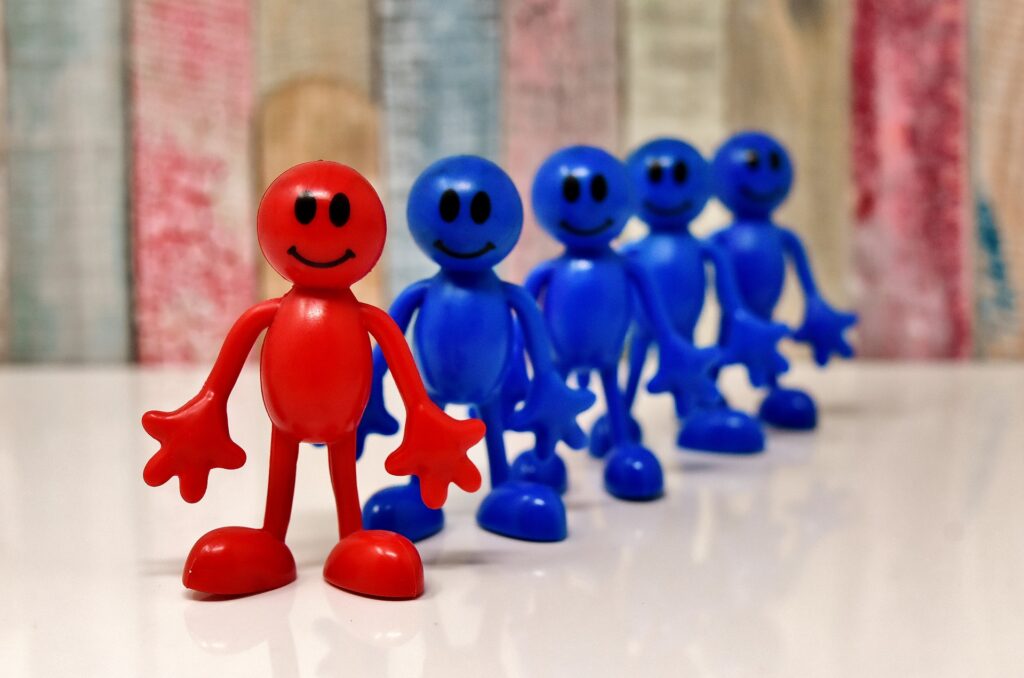 One of the highlights of our vacation was going back to the little town of Owingsville, Kentucky. The only thing that puts Owingsville on the map is that Confederate General John Bell Hood was born there; his family’s home still stands on Main Street. But for my own story, Owingsville was my first pulpit work. Tammy, RJ, and I spent last Sunday afternoon in Owingsville: We drove RJ by the church building and by the little house we lived in.

Before we did anything like that, though, we first went to visit with Harold Jones. Harold was one of the elders of the Owingsville church when I was there. Tammy and I have thought about Harold so often through the years, and we have made the statement countless times that Harold was one of the best men we have ever met.

As a young preacher, I learned so much watching Harold. I learned patience from Harold; I have known few folks as patient as he. I learned about loving brethren; you start talking about someone in need and Harold’s going to get misty eyed and want to know how he can help. I learned about hard work from Harold. Harold had a large farm; he raised a few cattle, but mostly he grew tobacco. Harold, even well up into his seventies, would work night and day on that farm. I learned a great deal about generosity from Harold. Harold did not have a great deal of money; tobacco farmers in Kentucky have been hit hard by government regulations. But, if you needed anything, Harold was going to make sure you got it.

God intended for men like Harold Jones to be elders in His church. “Remember those who rule over you, who have spoken the word of God to you, whose faith follow, considering the outcome of their conduct” (Heb 13:7). Following their faith and considering the outcome of their conduct speak to the example elders set. Elders should be the type of men who help us be better Christians.

Have you known elders like that? Some of you have been a part of several congregations over the years . . . Have you known good and solid men in the eldership? Some of you have only been a part of this congregation . . . What have you learned from the elders over the years? What have you learned about the Lord because of your contact with elders through the years?

“In His infinite wisdom, God provided elders for His church.” The Resurrected Christ “Himself gave some to be apostles, some prophets, some evangelists, and some pastors and teachers” (Eph 4:11). Acts 20 and 1 Peter 5 make clear that “pastors” and “elders” refers to the same position; we’ll talk about that soon. However, it wasn’t Paul’s idea to have elders; it was the will of Almighty God to have elders oversee local congregations. Let us think about why that is.

In His infinite wisdom, God provided elders for His church, because error is a reality.

I know there are some who want to pretend as though what we believe and practice isn’t that important as long as we love Jesus and try to do our best. The problem with that thinking is that Jesus Himself did not believe that. “If you love Me, keep My commandments” (Jn 14:15); if we love Jesus, we do things His way, not ours. Jesus told the church at Pergamos to repent of error (Rev 2:14-16).

I sometimes hear my brethren say that there were no denominations in the first century. They mean well, and they mean that denominations as we know them did not exist. However, you had several groups that I believe you could rightly call denominations: You have the Nicolaitans, the Judaizers, and you have the Gnostics. Understanding the prevalence of error in the first century is important. It’s important because the Epistles were, generally speaking, written to combat error.

In combating error, Paul told Titus to appoint elders. “For this reason I left you in Crete, that you should set in order the things that are lacking, and appoint elders in every city as I commanded you” (Tit 1:5). One of the things that was lacking in Crete was good elders. Congregations who have qualified men should have elders. Why? In part, to combat error.

An elder must hold “fast the faithful word as he has been taught, that he may be able, by sound doctrine, both to exhort and convict those who contradict” (Tit 1:9). Notice also that Paul ties appointing elders to the silencing of those advocating error (Tit 1:10-11). The “for” at verse 10 ties the appointment of elders to the silencing of those teaching error. Elders guard against error.

In His infinite wisdom, God provided elders for His church to watch over the souls of Christians.

From the dawn of humanity, sin has been very real and has destroyed countless lives. Adam and Eve were expelled from the garden, and their firstborn son was a murderer. Peter denied his Lord while warming by a fire, and Judas couldn’t take the guilt of betraying Jesus. I have been kept awake at night because of my own sin, and I’m confident you know the pain of sin.

You are well aware that when we come to Jesus and are baptized into His death, we lose our sinfulness and we rise to walk in newness of life (Rom 6:1-4). However, sin continues to affect us. Simon the sorcerer fell into sin after his baptism. In Romans 7, Paul discusses the truth that he often found sin alive and well in his life.

God designed elders to help keep us on the straight and narrow way. “Obey those who rule over you, and be submissive, for they watch out for your souls” (Heb 13:17). “Take heed to yourselves and to all the flock, among which the Holy Spirit has made you overseers, to shepherd the church of God which He purchased with His own blood” (Acts 20:28). The word “shepherd” is the same word used for “pastor”; that’s how we know that the word “pastor” applies to the elders, not the preacher. The word “shepherd” implies care, concern, gentle leading. In John 10, Jesus talks about the Good Shepherd. He says the good shepherd: Protects his sheep at the cost of his own life (v 11); Knows his sheep (v 14) — they’re not strangers, but he loves them and takes care of them; and Is known by the sheep (v 14) — he’s among them and the sheep know him.

In His infinite wisdom, God provided elders for His church to set examples for the flock.

We all know the power of example. A year or so ago, RJ was mowing for me; I was getting so upset because he was leaving big spots unmowed. I had him turn off the mower; I explained to him exactly how he needed to mow, and he was still leaving places unmowed. I was so aggravated I had to go in the house a little while. I told Tammy, “That boy is having a hard time mowing.” She looked at me and said, “Justin, did you tell him how to do it or did you show him?”

In Scripture, we see the power of example. Why do you really think Jesus chose twelve disciples to walk every step of the way during His earthly ministry? To the Ephesian elders Paul says, “I have shown you in every way, by laboring like this, that you must support the weak” (Acts 20:35).

Elders are intended to be examples before the people of God. Look at the qualification of elders in 1 Timothy 3 and Titus 1. Those qualifications speak volumes about the godly lives elders are to live. Men who fit those qualifications are the type of people we need as role models. Peter told elders to shepherd the flock of God not “as being lords over those entrusted to you, but being examples to the flock” (1 Pet 5:3).

In His infinite wisdom, God provided elders for His church; therefore, you need to make the elders’ role an easy one. “Obey those who rule over you, and be submissive, for they watch out for your souls, as those who must give account. Let them do so with joy and not with grief, for that would be unprofitable for you” (Heb 13:17). Two questions: One: What does that have to do with God’s infinite wisdom in the establishment of elders?; and Two: How do we fulfill that command in light of God’s wisdom?

God established elders to combat error; know Scripture well enough that the elders don’t need to spend time correcting you. Of course, Luke praised the Bereans because they “the Scriptures daily to find out whether” the things taught by Paul and Silas were true (Acts 17:11). A major purpose of Scripture is the setting forth of doctrinal truths. “I write so that you may know how you ought to conduct yourself in the house of God, which is the church of the living God, the pillar and ground of the truth” (1 Tim 3:15). “All Scripture is given by inspiration of God, and is profitable for doctrine” (2 Tim 3:16).

Spend considerable time in Scripture. In doing so, you will not be moved to accept error and the elders need not worry about correcting you.

You watch your life.

Elders not only watch over congregations to keep error away but they also keep watch over our souls. What if we paid such careful attention to our own lives that the elders could spend time helping others? “Each one shall bear his own load” (Gal 6:5). Earlier in Galatians 6 Paul had said that we’re to bear each other’s burdens. The Greek words are different. “Burdens” (v 2) refers to a large weight that you could not bear on your own in a million years. “Load” (v 5) refers to a soldier’s backpack, something easily carried by yourself.

It is never wrong to go to the elders and ask for help in bearing a burden; I’m not saying anything of the kind. However, we need to keep a close watch on our lives and our hearts so elders are not overburdened. “Take heed to yourself and to the doctrine” (1 Tim 4:16). “Be sober, be vigilant; because your adversary the devil walks about like a roaring lion, seeking whom he may devour” (1 Pet 5:8).

Take careful inventory of your life. Absolutely contact me or one of the elders if you need spiritual help. But, what can you do on your own? Keep a careful watch on your soul.

You need to look to their example.

We’ve talked about Scriptures which point to the power of their example. What in their lives can you apply to your own?

In His infinite wisdom, God provided elders for His church; therefore, you need to lift up your elders in prayer.

As we’ve talked about why God established elders, I think it becomes very evident that elders have a difficult role. What better way of encouraging them and helping them than taking their names to the very throne of God? Paul urged that prayers be made for kings and all those in authority that we might quiet and peaceable lives (1 Tim 2:1-2). If we need to give time to pray for those who deal with matters of this world, how much more do we need to pray for those who deal with things of the eternal world!