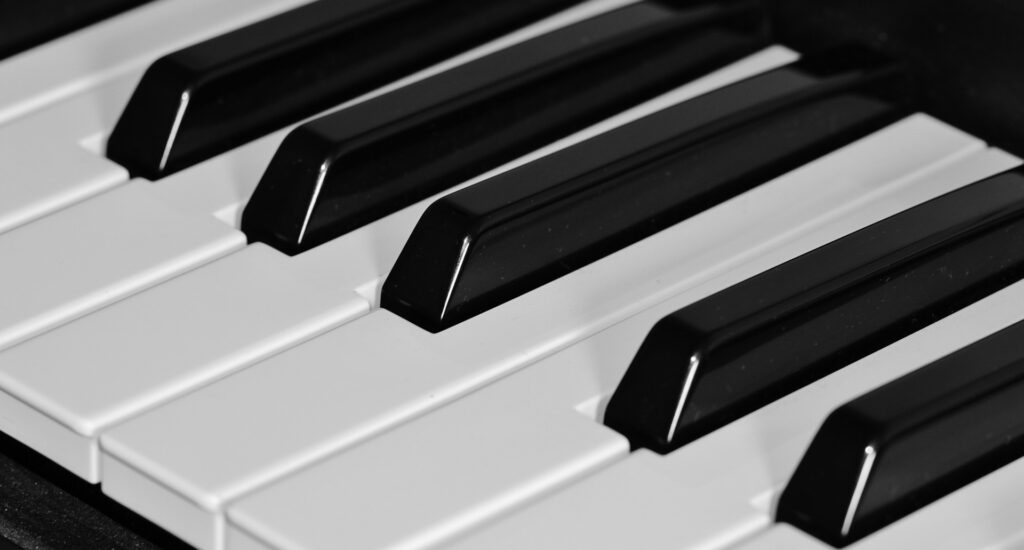 Does It Really Matter if We Use Instrumental Music in Worship?

I think many of you know this story, but I would not be standing in front of you if it weren’t for instrumental music. In fact, I would not even be in this world if it weren’t for instrumental music. Dad was reared in the independent Christian Church and attended Kentucky Christian College in order to learn to preach for that group. During his time in college, he began preaching for the Cornwell Christian Church in Frenchburg, Kentucky. The piano player at that church told Dad that she had this beautiful niece whom he needed to meet. Aunt Brenda introduced Mom and Dad, and the rest, they say, is history.

Because Dad came out of error involving the instrument, instrumental music has been a subject of much study in my family and for me personally. Dad’s parents were members of the independent Christian Church until the day they died. I was greatly concerned about my grandparents and I, therefore, studied this issue a great deal. In studying the issue, there were numerous arguments I have heard and read in favor of instrumental music. Over the next several Sunday nights, we want to explore different arguments individuals use to support the use of instrumental music in worship. I’m readily aware that those of us assembled this evening know the truth on the subject. However, as God’s people, we need to know more than simply biblical truth. We are to be able to defend biblical truth: “In your hearts honor Christ the Lord as holy, always being prepared to make a defense to anyone who asks you for a reason for the hope that is in you; yet do it with gentleness and respect” (1 Pet 3:15).

At the root of saying it really makes no difference whether we use instrumental music or not is the belief that man can decide for himself what to do religiously. If we could decide what to do religiously, there might be many things I’d change. If someone were on his deathbed, I might say, “Let’s just pray for Jesus to come into your heart. That’s going to be much easier.” If I were really tired and not feeling well on a Sunday, I might hand Tammy my notes and say, “Why don’t you preach this morning?” But, if God is sovereign, it is not up to me-or anyone else, for that matter-to decide what we’ll do religiously.

In fact, God is sovereign. “You shall be made to eat grass like an ox, and you shall be wet with the dew of heaven, and seven periods of time shall pass over you, till you know that the Most High rules the kingdom of men and gives it to whom he will” (Dan 4:25). “Hallelujah! For the Lord our God the Almighty reigns” (Rev 19:6).

In fact, we know that God has such sovereignty. “The LORD reigns; he is robed in majesty; the LORD is robed; he has put on strength as his belt. Yes, the world is established; it shall never be moved. Your throne is established from of old; you are from everlasting” (Ps 93:1-2). “The LORD reigns; let the peoples tremble! He sits enthroned upon the cherubim; let the earth quake! he LORD is great in Zion; he is exalted over all the peoples. Let them praise your great and awesome name! Holy is he!” (Ps 99:1-3).

Declaring that it makes no difference whether or not we use the instrument not only denies God’s sovereignty, but such a belief also declares that God hasn’t given standards for worship.

Man needs standards for worship in order to know how to honor God appropriately. “I know, O LORD, that the way of man is not in himself, that it is not in man who walks to direct his steps. Correct me, O LORD, but in justice; not in your anger, lest you bring me to nothing” (Jer 10:23-24). Notice that Jeremiah even asks God to correct him; if God has no standards, how could Jeremiah be corrected? “There is a way that seems right to a man, but its end is the way to death” (Prov 14:12).

Some might object by saying that God indeed has standards for the way we live, but he hasn’t spoken on instrumental music in the New Testament-therefore, it doesn’t matter whether or not we use the instrument. God has indeed placed instrumental music under his sovereignty and he has spelled out instructions for the use of instrumental music in worship. “The LORD spoke to Moses, saying, ‘Make two silver trumpets. Of hammered work you shall make them, and you shall use them for summoning the congregation and for breaking camp . . . . On the day of your gladness also, and at your appointed feasts and at the beginnings of your months, you shall blow the trumpets over your burnt offerings and over the sacrifices of your peace offerings. They shall be a reminder of you before your God: I am the LORD your God’” (Num 10:1-2, 10). Notice that God regulated instrumental music in the tabernacle. Moses was to make two silver trumpets. What if Moses had only made one? What if he had made three? What if Moses had made two golden trumpets? What if he had shaped them over a fire and not used a hammer? God specified that Moses was to make two silver trumpets of hammered work. In fact, no other instrument was at any time authorized for worship in the tabernacle.

Hezekiah “stationed the Levites in the house of the LORD with cymbals, harps, and lyres, according to the commandment of David and of Gad the king’s seer and of Nathan the prophet, for the commandment was from the LORD through his prophets. The Levites stood with the instruments of David, and the priests with the trumpets. Then Hezekiah commanded that the burnt offering be offered on the altar. And when the burnt offering began, the song to the LORD began also, and the trumpets, accompanied by the instruments of David king of Israel” (2 Chr 29:25-27). In the temple, God commanded the use of cymbals, harps, and lyres, in addition to the use of the trumpets; the use of these instruments was not optional, but it was commanded. No other instruments were ever authorized for use in temple worship. Other instruments were occasionally used in the worship of God: e.g., “Praise him with trumpet sound; praise him with lute and harp! Praise him with tambourine and dance; praise him with strings and pipe! Praise him with sounding cymbals; praise him with loud clashing cymbals!” (Ps 150:3-5). The lute and tambourine weren’t authorized for public worship. The Israelites were aware of these instruments, but God never authorized their use in the temple.

What do the commands God gave the Israelites have to do with us today? God was always specific in what instrument was to be used where. He never left such to man’s imagination. If God wanted instrumental music in modern worship, does it not stand to reason that he would have told us specifically what instrument to use? He has did in the Old Testament! That seems even more likely when you realize that instruments were known in the early church. “If I speak in the tongues of men and of angels, but have not love, I am a noisy gong or a clanging cymbal” (1 Cor 13:1). “If even lifeless instruments, such as the flute or the harp, do not give distinct notes, how will anyone know what is played?” (1 Cor 14:7).

God’s standards do not include instrumental music; therefore, we dare not add it.

God has a long history of executing severe punishment upon those who worship him inappropriately. The people of Israel had Aaron construct a golden calf while Moses was on Mt. Sinai receiving the Law (Ex 32). As a result of the people’s sin, Moses instructed the sons of Levi to go throughout the camp and to kill their fellow Israelites. “The sons of Levi did according to the word of Moses. And that day about three thousand men of the people fell” (Ex 32:28). Yet, it seems that more than those three thousand men fell, for we after that slaughter God says to Moses, “Lead the people to the place about which I have spoken to you; behold, my angel shall go before you. Nevertheless, in the day when I visit, I will visit their sin upon them” (Ex 23:34). Moses then records, “Then the LORD sent a plague on the people, because they made the calf, the one that Aaron made” (Ex 32:35). The New Testament also uses this episode as an example of false worship of God: “These things took place as examples for us, that we might not desire evil as they did. Do not be idolaters as some of them were; as it is written, ‘The people sat down to eat and drink and rose up to play’ [Ex 32:6]” (1 Cor 10:6-7). In the Revelation, we read, “Then I heard a loud voice from the temple telling the seven angels, ‘Go and pour out on the earth the seven bowls of the wrath of God.’ So the first angel went and poured out his bowl on the earth, and harmful and painful sores came upon the people who bore the mark of the beast and worshiped its image” (Rev 16:1-2).

Someone might object to those two examples by saying, “Justin, those examples both deal with idolatry, not the worship of the true God.” The golden calf was an example of the false worship of the true God. Notice what Aaron said after he constructed the calf: “These are your gods, O Israel, who brought you up out of the land of Egypt!” (Ex 32:5). The people were not worshiping a pagan deity, but they were worshiping Yahweh in a way he did not desire. Even when there is pagan idolatry involved, the point is that God has said, “Here’s how you worship,” the people disregarded what God said, and God, therefore, punished.

Does God continue to punish those who worship inappropriately? You betcha! Notice what the author of Hebrews says, “Let us be grateful for receiving a kingdom that cannot be shaken, and thus let us offer to God acceptable worship, with reverence and awe” (Heb 12:28). The term for “acceptable” means to be well-pleasing to one. In other words, this worship is well-pleasing to God. Why should we offer to God acceptable worship? “For [because] our God is a consuming fire” (Heb 12:29).

Because “our God is a consuming fire,” we need to come before him and worship acceptably. We also need to live acceptably? Are you living acceptably before God this night?