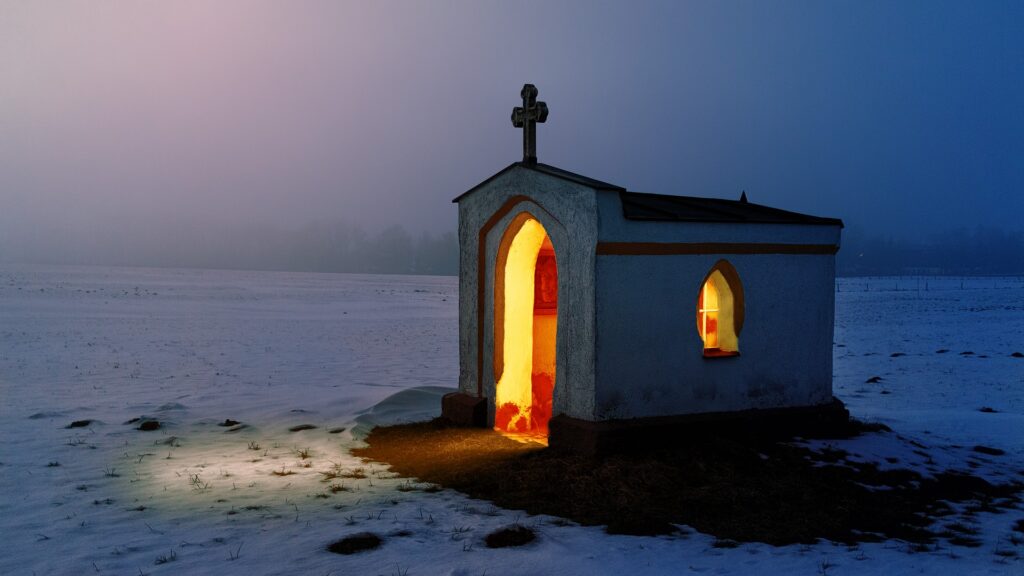 Jesus Built the Church Himself

Jesus promised to build his church (Mt. 16:18). The apostles would not build the church – Jesus himself would do so. The church would not belong to a man–Jesus said it would be his church.

Are we honoring Jesus as the head of the church?

The Church was Established upon Jesus as the Foundation

Jesus promised to build the church upon a firm foundation (Matt. 16:13-19). Jesus came and asked his disciples what people were saying about him. The apostles told Jesus what they had heard people say. The people of his day sensed the kingdom was at hand. The people said they thought Jesus was a figure they expected to return before the coming kingdom. But, Jesus wanted to know what the apostles thought about him. Peter stands and says, “You are the Christ, the Son of the living God.” Jesus blessed Peter and makes Peter a promise. Jesus promised Peter that he would build his church on that rock, the rock of the fact that Jesus is the Son of God.

The Church was Established in Jerusalem

Jesus told his disciples that it was necessary that repentance and remission of sins be preached in his name beginning at Jerusalem (Lk. 24:47).

On the day of Pentecost repentance and remission of sins was preached in Jerusalem. In Jerusalem were dwelling devout Jews (Acts 2:5). Peter stood and told the crowd they had crucified the Messiah (Acts 2:36). They cried out, “What shall we do?” (Acts 2:37). Peter told them to “Repent and be baptized for the remission of sins” (Acts 2:38).

The Church was Established on the Day of Pentecost

Jesus, too, began his ministry by preaching that God’s kingdom was about to be established. After John was imprisoned, Jesus began proclaiming, “The kingdom of God is at hand” (Mk. 1:15). Jesus promised to build his church (Matt. 16:18). Jesus told his disciples that some would not die until they had seen the kingdom of God come (Mk. 9:1).

After Pentecost, the church was considered established. The Lord added to their number those being saved (Acts 2:47) – Their number refers to the church. Peter said that the Holy Spirit fell upon the apostles “at the beginning” (Acts 1 1:15).

Jesus built a wonderful church for his disciples. Are you a member of that church?