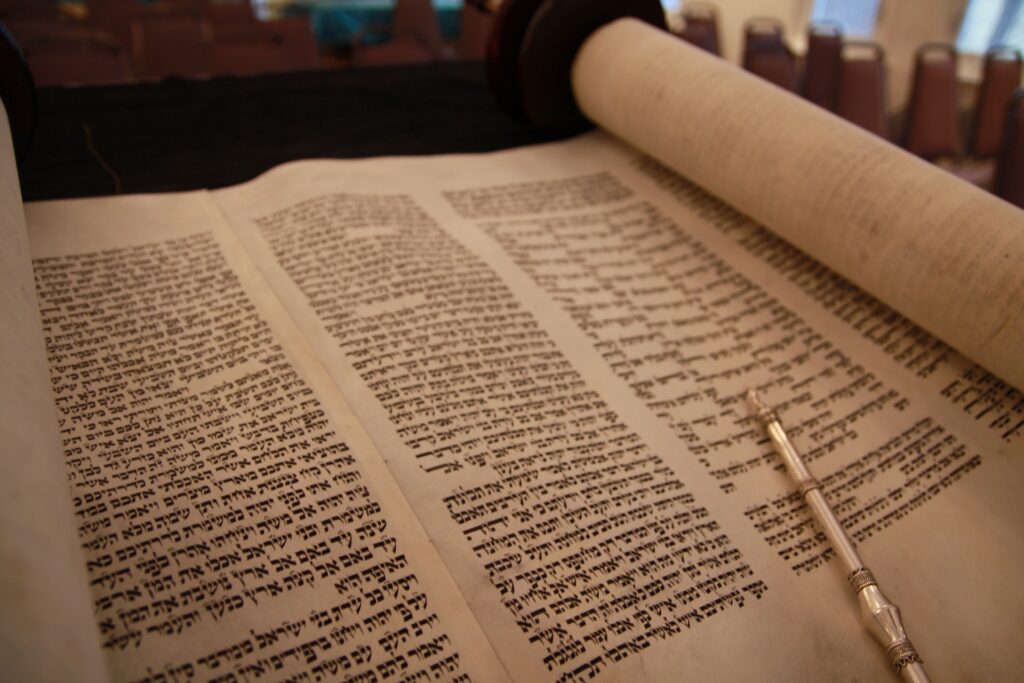 Several years ago, a sweet lady called me. She was wrestling with a spiritual issue and wanted some advice—her son was about to commit a sin, and she really wanted me to give her a loophole in what Jesus had taught.

I really hate those questions, but sometimes you just have to answer them. However, I decided that I wasn’t going to answer this lady’s question; instead, I was going to read a passage of Scripture that completely answered her question. I read the text verbatim—I didn’t explain it, I didn’t add commentary to it, or anything of the sort—I simply read Scripture. This sweet sister said, “Justin, that just isn’t fair! I’m not going to tell my son to do that!” Her response hurt my heart. This sister refused to respect the word of God.

The exiles who returned from Babylon demonstrated that the Bible is too valuable to collect dust. They—at great inconvenience to themselves—heard and obeyed the Law of Moses. This morning, we want to examine their example and learn: “The Bible deserves respect.”

The people asked Ezra the scribe to bring forth the Book of the Law of Moses. Scribes were those who copied the law to preserve it for future generations. Because they spent so much time copying the law, scribes were experts in the law. As experts in the law, scribes at this time in Jewish history became respected teachers. That’s why the New International Version translates the Hebrew as “teacher of the Law.” Ezra was the most respected “teacher of the Law” in Post-Exilic Jerusalem, thus the people asked for him.

There is some discussion among scholars as to precisely what book Ezra was asked to read. Some say it was the entire Pentateuch—the first five books of Scripture—and others say it was Deuteronomy or parts of Leviticus. It doesn’t really matter what specific book Ezra read—it’s important that the people heard the word God delivered through Moses.

Notice the makeup of the assembly—“both men and women and all who could understand what they heard.” If a child were old enough to understand, he or she was in the assembly. The people knew that even the youngest among them needed to hear the Law.

Ezra read from the Law for hours. Regardless what specific book Ezra read to the people it’s going to take considerable time to read through all of it, and he read “from early morning until midday.” Most people in the ancient world had, at least, functional literacy, but it was still general practice to have documents read aloud. The people wouldn’t have had easy access to the Book of the Law for themselves. It seems that this was the first time many of the people had ever heard the Law, for “they “found it written in the Law” that they were to keep the Feast of Booths (Neh 8:14).

“The ears of all the people were attentive to the Book of the Law.” The people weren’t daydreaming or wishing Ezra would skip some parts and hurry up; instead, they were paying careful attention to what Ezra read. Why would the people be attentive to the Law? They had seen firsthand the results of disobeying that Word—they had lived in Exile because their ancestors refused to obey the Law, and they’re standing in a Jerusalem they’ve rebuilt from the ashes of divine destruction.

When Ezra opened the book, the people stood. Just like today, standing was a sign of respect in the Old Testament; therefore, by standing, the people show respect for the Bible.

Ezra blessed the LORD, and the people answered “Amen, Amen,” lifting up their hands. Under the Old Testament, people often worshiped with their hands raised. The raising of hands indicated a couple closely-connected ideas:

The people then bowed their heads and worshiped the LORD with their faces to the ground. Prostration showed humility before God. In the Ancient Near East, one bowed to a superior. The people’s bowing before the Book of the Law demonstrates that they understood the Book came from One greater than they.

Understand this: because the Bible is the very word of God, showing respect to the Bible shows respect to God.

To respect the Bible, you need to COMPLY.

In other words, you need to obey Scripture. You know the absolute importance of obeying Scripture.

The people in post-Exilic Jerusalem understood the importance of complying with the Bible. When they learned they were to celebrate the Feast of Booths and that the time for the festival was at hand, they got ready and celebrated the festival (Neh 8:13-17). Notice the summary Nehemiah recorded of the Feast of Booths: “Day by day, from the first day to the last day, he read from the Book of the Law of God. They kept the feast seven days, and on the eighth day there was a solemn assembly, according to the rule” (Neh 8:18).

To be able to comply with Scripture, you need to spend some time in the word of God. The people in Jerusalem obeyed God’s instructions vis-à-vis the Feast of Booths because they found these instructions written in the Book of the Law.

Go home and open Scripture to see what’s there that you need to obey. I’d encourage you to spend some time with the Epistle of James this week. James is a short book—you can read it in just a few minutes—but it is chock-full of solid, practical, godly instruction. As you read James, choose one thing he instructed his readers and emphasize living by that truth this week. For example:

What do you need to do to COMPLY with the word?

To respect the Bible, you need to CONFESS.

You need to confess your sins to show respect for the Bible. The confession of sin is vitally important.

The people in post-Exilic Jerusalem understood the importance of confessing sin. They assembled “and stood and confessed their sins and the iniquities of their fathers” (Neh 9:2).

How does confessing sin show respect to the Bible? Simply put, when you confess your sins, you’re admitting the Bible is right and that you are wrong. For example, if you confess that you have lied, you declare the Scriptures are right when they say lying is a sin. So by confessing sin you are confessing your faith in the authority Scripture has over your life.

You need to spend time confessing your sin to God. This very week get off to yourselves and make confession. Confess the sins you’ve committed in the past week. Confess the dark places lurking in your heart. Confess your bad attitudes. Confess your weaknesses. Show respect for Scripture—and the God who gave it—by using his Bible as your benchmark to admit failure.

Do you need to confess sin to your brethren this morning?