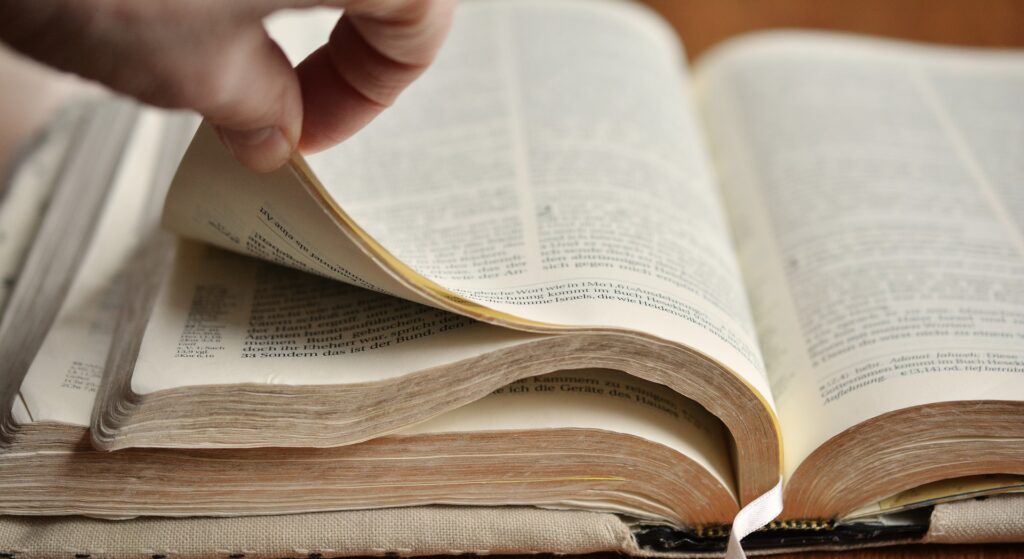 The One Book–The Unity of the Bible

The Bible is nothing like other books. The Bible is divinely inspired; it comes from God: “Prophecy never came by the will of man, but holy men of God spoke as they were moved by the Holy Spirit” (2 Pet. 1:21). The Bible will judge us at the Judgment: “The word that I have spoken will judge him in the last day” (Jn. 12:48). The Bible teaches us how to have eternal life: Timothy had known from childhood “the Holy Scriptures, which are able to make you wise for salvation” (2 Tim. 3 :16). The Bible has the power to change us like no other book: “The word of God is living and powerful, and sharper than any two-edged sword” (Heb. 4:12).

The Bible Would Seemingly be a Diverse Book

The Bible was written over a period of about 1,600 years.

More than 40 authors wrote the Bible, and they came from diverse walks of life. Moses was a political leader and trained in the universities of Egypt. David was a king, poet, musician, shepherd, and warrior. Joshua was a military general. Nehemiah was a cupbearer to a pagan king. Luke was a physician. Peter was a fisherman. Matthew was a tax collector.

These authors wrote in different places – Moses wrote while in the wilderness, Jeremiah was in a dungeon, Paul was in prison, Luke was traveling, and John was in exile on Patmos.

The Bible was written during different moods – Some wrote from the heights of joy, while others wrote from the depth of sorrow and despair; some wrote during times of certainty and conviction, while others wrote during days of confusion and doubt. David wrote in joy: “Be glad in the LORD and rejoice, you righteous; And shout for joy, all you upright in heart!” (Ps. 32:11). Jeremiah wrote from despair and sorrow: “How lonely sits the city That was lull of people! How like a widow is she, Who was great among the nations!” (Lam. 1:1). Paul wrote from certainty and conviction: “I know whom I have believed and am persuaded that He is able to keep what I have committed to Him until that Day” (2 Tim. 1:12). Solomon wrote in confusion and doubt: “The living know that they will die; But the dead know nothing, And they have no more reward, For the memory of them is forgotten” (Eccl. 9:5).

The Bible was written on three different continents – Asia (most of the Bible), Africa (what Moses wrote in the wilderness), and Europe (what Paul wrote in prison).

The Bible was written in three languages:

This was the “common language” of the Ancient Near East until the time of Alexander the Great. Daniel 3 through 7 and most of Ezra 4 through 7 are in Aramaic, as are occasional statements in the New Testament, e.g., Jesus’ statement from the cross, “Eli, Eli, lama sabachthani.” (Matt. 27:46).

Aramaic is linguistically very close to Hebrew and similar in structure. In contrast to Hebrew, Aramaic uses a larger vocabulary, including many loan words. Although Aramaic is less poetic than Hebrew, it is probably superior as a vehicle of exact expression.

This is the language of almost all the New Testament. It was the international language spoken at the time of Christ, as English largely is today. The vocabulary of the Greek New Testament is abundant and sufficient to convey just the shade of meaning the author desires: The New Testament used two different words for “love” (two kinds of love), two words for “another” (another of the same, or another of a different kind), and several words for various kinds of knowledge.

The Bible addresses hundreds of controversial topics – marriage, divorce, and remarriage, homosexuality, adultery, obedience to authority, the nature and revelation of God.

In Spite of All That, the Bible is Unified

The Bible presents a single unfolding story. From Genesis to Revelation, we see how God worked from the very beginning for the redemption of man. Norman Geisler and William Nix put it this way, “The ‘Paradise Lost’ of Genesis becomes the ‘Paradise Regained’ of Revelation. Whereas the gate to the tree of life is closed in Genesis, it is opened forevermore in Revelation.”

The Bible really only tells of one individual, the Lord Jesus Christ. Jesus realized that the Bible was solely about him. “You search the Scriptures, for in them you think you have eternal life; and these are they which testify of Me” (Jn. 5:39). When Jesus was on the Emmaus Way, “beginning at Moses and all the Prophets, He expounded to them in all the Scriptures the things concerning Himself” (Lk. 24:27). “Do not think that I came to destroy the Law or the Prophets. I did not come to destroy but to fulfill” (Matt. 5:17).

So much of the Old Testament refers to Jesus. “I will put enmity Between you and the woman, And between your seed and her Seed; He hall bruise your head, And you shall bruise His heel” (Gen. 3:15). Isaiah 53 :4-6. Two men wrote this: The Law provides the “foundation for Christ, the historical books show the preparation for Christ, the poetical books aspire to Christ, and the prophecies display an expectation of Christ. In the New Testament, the Gospels records the historical manifestation of Christ, the Acts relate the propagation of Christ, the Epistles give the interpretation of Him, and in Revelation is found the consummation of all things in Christ.”

Contrast the Bible with the compilation of Western classics called the Great Books of the Western World. This anthology contains selections from more than 100 authors spanning a period of about 25 centuries. Although these writings are all part of the Western tradition of ideas, they often display an incredible diversity of views on just about every subject. While the views of these authors show some commonalties, they also display numerous conflicting and contradictory positions and perspectives. In fact, they frequently go out of their way to critique and refute ideas proposed by their predecessor.