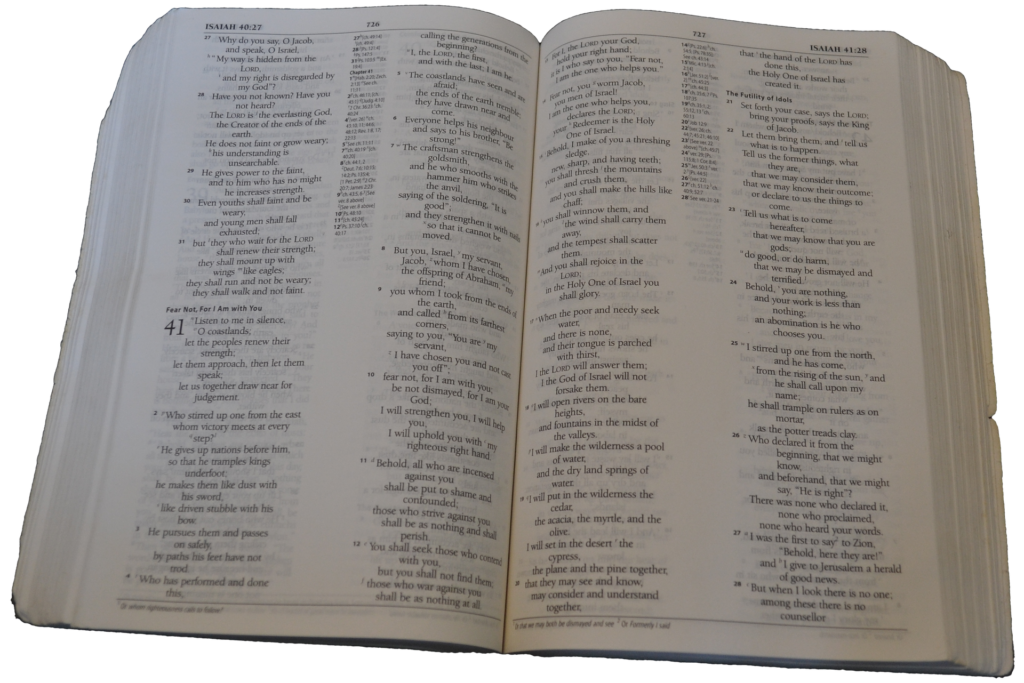 Evidences for the Bible’s Inspiration

The unity of the Bible. The Bible contains 66 books, was written by about 40 men, was written over a period of about 1,600 years, and was written in three languages. Yet, the Bible tells one story of sin and God’s redemption of man.

Failures of its heroes. When the Bible was written, kings would often conceal their failures. If a king went to war and lost the war, the history would be written to appear as though he won (something similar to what Saddam Hussein did with the Gulf War). This was done to make the king look good.

Science in the Bible

There are a few cases where the biblical writers gave science years before that science was discovered.
Human dung.

Human dung was to be covered up outside the camp (Deut 23:12-13). Had this practice not been observed, several diseases could have resulted.

Scientists have only learned this principle relatively lately. For many years, blood was considered to be a cause of illness-Barbers bled people while they cut hair. Leeches were often used to bleed people-the death of George Washington resulted from this “therapy.”

Cervical cancer does not occur nearly as often in women whose husbands have been circumcised.

The timing of the circumcision is interesting. It was to be on the eighth day. Before this day, there is a great tendency for bleeding. Vitamin K is necessary for blood clotting. This vitamin is produced by bacteria in the intestine. The vitamin is then absorbed in the blood where it is used in a variety of ways. Infants are born without this vitamin because the amniotic fluid surrounding the fetus is sterile. It takes several days for vitamin K to appear-generally five to seven days. The first day safe for circumcision would be the 8th-the very day Moses said.

This is truly amazing when one considers where Moses was educated. Moses was educated in the wisdom of the Egyptians (Acts 7:22). Egyptian “science” was not nearly as advanced as was Moses’ knowledge. For example, a medical book in Egypt written around the time of Moses suggests: “To prevent the hair from turning gray, anoint it with the blood of a black calf which has been boiled in oil, or with the fat of a rattlesnake.” Victims of poisonous snake bites were treated with “magic water,” produced by pouring water over an idol. Embedded splinters were treated with worms’ blood and asses’ dung-which could very likely cause tetanus.

Prophecy in the Bible

The prophecy: Many nations would come against Tyre (v 3). The city would be leveled and scraped clean-like a bare rock (v 4). The area would become a place for the spreading of nets (v 5). King Nebuchadnezzar of Babylon would destroy the city (vv 7-8). The city’s stones, timber, and soil would be cast into the sea (v 12). The city would never be rebuilt (v 14).

Prophecy fulfilled: Nebuchadnezzar besieged the city in 586 BC. The city rebuilt itself on an island off the mainland. In 332 BC, Alexander the Great took the city for Greece. Alexander took the city’s stone and timber and built a bridge out to the island city. Alexander threw all the ruins of the city into the sea. Later, one of Alexander’s generals went and attacked the city. In AD 1291, the Muslims totally destroyed Tyre. The city has never been rebuilt-only a small fishing community exists there now. The fishermen use the rocks to dry out their nets.

When these prophecies were made, Babylon was the largest city in the east. After conquering Babylon, Alexander the Great wanted to make it the capital city of his empire. But, political struggles after Alexander’s death drained the city of its strength. The Seleucids decided around 275 BC that it would be easier to build a new city rather than rebuild Babylon. From that time, Babylon’s population gradually declined.

Today, the city is in ruins. Ruins dot the area. For superstitious reasons, Arabs do not live in the ruins which have become a home to desert animals. The soil is so poor that it does not provide enough grass for sheep. Natives who vandalize the site for building materials only take bricks; they burn the stones for lime.

Prophecies of the church.

Isaiah 2:2-3. “Mountain of the LORD’s house”-mountains were symbolic of kingdoms. “All nations shall flow into it”-Christians come from all nationalities. “The word of the LORD [shall go forth] from Jerusalem”-the church started in Jerusalem.

Archeology and the Bible

Much archaeological evidence points to the trustworthiness of the Bible. Just because the Bible proves to be true in historical detail does not prove it came from God. Yet, the historical data establish the reliability of the Bible.

Scholars once claimed that Old Testament writers had invented the Hittites. In 1906 the Hittite capital was uncovered.

The Bible claims that everyone at one time spoke the same language (Gen 11:1). Many modern philologists believe this is quite likely.

The census at the time of Jesus’ birth. Scholars used to claim that there were no such censuses. We now know that Romans held censuses every 14 years. The first took place either in 23-22 BC or in 9-8 BC.

General observations on Acts. Luke mentions 32 countries, 54 cities, 9 Mediterranean islands, and 95 peoples. Where this can be checked, Luke has proven correct.