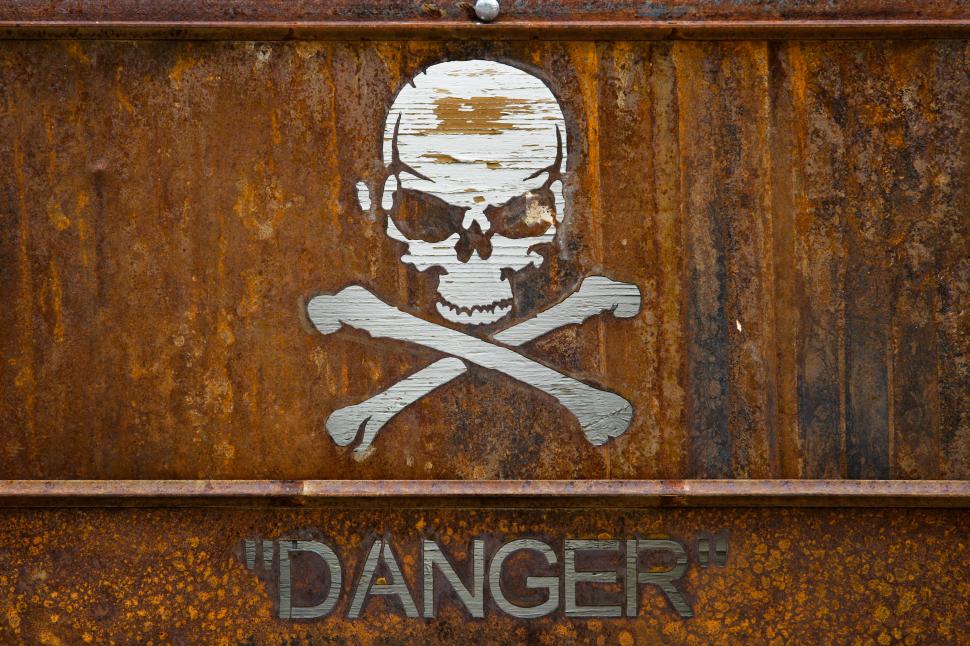 alloween is the time we think about frightening things. Children will dress up as ghosts and goblins as they go house to house in search of candy. Those houses may look menacing with fake cobwebs and spiders and tombstones and skeletons – at least, I hope they’re fake. TV networks will air movies intended to scare your socks off.

As you look at Scripture, you find many things which might frighten you. You can read about Jacob’s wrestling with God and Abraham’s looking up and seeing the smoke rising from Sodom and Gomorrah and David’s standing in the shadow of Goliath and Jesus’ looking at Peter after the disciple had betrayed the Lord. You find frightening people in Scripture: The serpent and Cain and Jezebel and Judas. You find scary words: The serpent tells Eve, “Will you surely die?”; Balaam’s donkey says, “What have I done to you, that you have struck me these three times?” – We don’t read that Balaam was frightened, but if a donkey started talking to me, I most certainly would have been!; Jezebel vowed to kill Elijah just as he had killed the prophets of Baal.

In the Sermon on the Mount, however, we are reminded: The Resurrected Christ will be our Judge; Our actions have serious consequences; We will not live on this earth forever – either we’re going to die or witness the Second Coming of the Lord Jesus.

Some speak empty words; Jesus says not everyone who says to him “Lord, Lord,” will enter the kingdom of heaven. Words are cheap currency – just ask any politician or used car salesman. We can be just like that with Jesus – We can sing, “Oh, How I Love Jesus” and hate our neighbor. We can pray beautiful prayers in the assembly and go home search the Internet for pornography.

The obvious implication is that more than simply saying, “Lord, Lord” is required for our salvation. I’ve heard people say that all one needs to do for salvation is to confess faith in Jesus. The funny thing is that Jesus himself says that’s not enough (and I would think he would know!).

It’s quite obvious that calling on the name does not exclude obedience, for the one who obeys the Heavenly Father will enter heaven. We demonstrate our love for Jesus through our obedience (Jn 14:15). Jesus is the author of eternal salvation to all those who obey him (Heb 5:9).

Many will make excuses. Notice the word “many.” The Greek term means much the same as it does in English – great or large in number. This is the same word used at Matthew 7:13 where we are told that the majority of people are going to be lost. The term itself and its context in Matthew 7 seem to indicate that the majority – even the vast majority – of religious people will be lost.

Notice how religious these people are. They have called on the name of Jesus – they believe he is the Christ. They had been active in their faith – they had performed miracles and prophesied. They even had the miraculous measure of the Holy Spirit who enabled them to perform great miracles. When you look at Scripture, you will find many religious people who were lost: Think about the Pharisees and the Sadducees; Think about Saul of Tarsus before his conversion; Think about Cornelius who was a devout man but lost before he obeyed the Gospel Peter preached.

How could Jesus really not know these folks? He apparently knew they had called on his name, had not obeyed his heavenly Father, and that they had performed miracles. The idea of “know” has to do with relationship. These people did not know Jesus. There was no relationship – they had given lip service to following Jesus, but there wasn’t any discipleship. Therefore, the Resurrected Christ spoke frightening words to them.

One: We must call him “Lord, Lord.” Jesus condemns those who give lip service to calling him Lord, but he does not condemn those who call him Lord. We’ve already mentioned the fact that we absolutely must call on the name of the Lord if we’re to have salvation.

Two: We must obey God. Only those who obey God can go to heaven – that’s exactly what Jesus says in this text. As you look at the history of God’s people, God has always commanded obedience. Adam and Eve lost their place in the Garden because they disobeyed God. Noah was saved from the Flood because he obediently built an ark. Moses was not able to enter the Promised Land because He disobeyed God. Ananias and Sapphira fell dead because they did not obey God.

Notice that Jesus calls these folks “workers of lawlessness.” The Greek term really means “anti-law” – these people became a law unto themselves. We cannot do what we think is right; we must do what God says is right.

Three: We must not be in religious error. As we mentioned, the people whom Jesus condemns were religious, but they were in error. We have been warned that religious error would spread over this world (Acts 20:29-30; 2 Tim 4:3-4). “False prophets also arose among the people, just as there will be false teachers among you, who will secretly bring in destructive heresies, even denying the Master who bought them, bringing upon themselves swift destruction” (2 Pet 2:1).

You must examine everything you hear in light of God’s Word. That’s what the Bereans did (Acts 17:11). In the miraculous age, John encouraged his readers to test the spirits (1 Jn 4:1-6); surely that principle applies today.

You, like me, may enjoy a good fright. You might watch a movie that will cause you to pull the covers up over your head that night. You might go through a “haunted house” and be frightened as people in costumes jump out in front of you. You might read a good book that makes the hairs on the back of your neck stand on end.

Forget those frights, though. What if Jesus returns this very day? You stand before him in judgment. What will he say to you? Will he say those most blessed words: “Well done, good and faithful servant?” Will you hear the most frightening words in all of time and space: “Depart from me; I never knew you?”