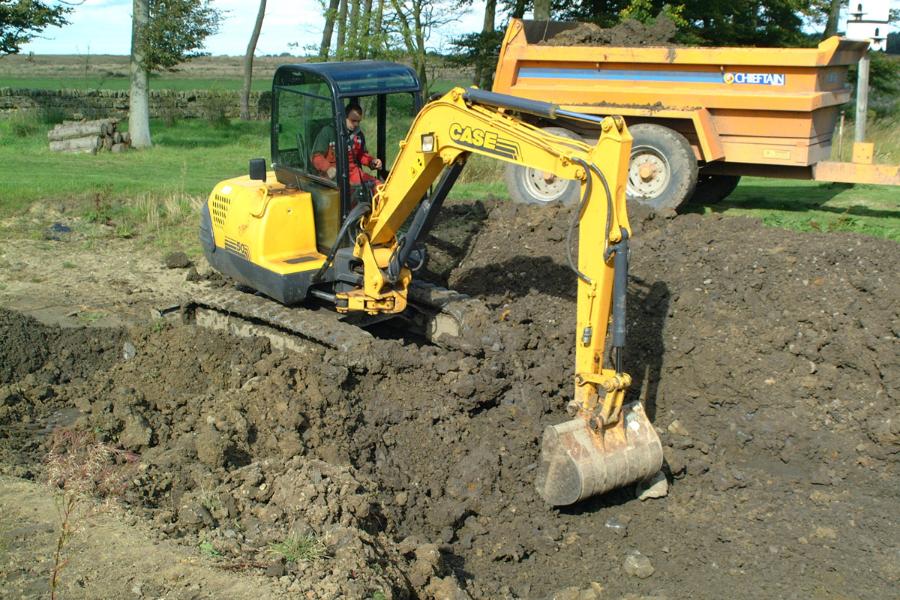 Wil had a birthday a few weeks ago. Not long before his birthday, he had a fundraiser through the school. Listed among the various items that we could buy was a set of speakers that would work with his iPhone. Wil begged and begged for those speakers. Obviously, we bought those speakers. There were a couple other things we bought, and everything arrived in one box.

Tammy emptied that box and hid those speakers. Wil is just like his father and mother and would snoop throughout that house trying to find his gift. Therefore, Tammy hid those speakers very well. In fact, she’s hidden the speakers so well that she herself cannot find them. It’s not a month after Wil’s birthday, and he still doesn’t have his gift.

Tammy isn’t the first one to do that. As a kid, I could remember going to my grandmother’s house in the heat of summer, and Nannie would pull out a gift and say, “Here, Justin, I bought this for you at Christmas, but forgot about it.” Tammy’s mom does the same thing.

I have a horrible time finding my car. Fortunately, having a handicap placard comes in very handing for remembering where I parked. When I go to the hospital to visit, I unashamedly take a picture of the elevator with my cell phone so I can’t remember exactly where I parked.

I’m sure Tammy and I are the only ones who have a hard time remembering, right? You’ve never struggled to find where you put your car keys. You’ve never put on a jacket for the first time in the season and found money in your pockets. You’ve never gone to cook supper only to realize that you failed to get meat out of the freezer. You’ve never forgotten where you set a library book so you could return it.

This morning’s text is about hiding objects. You know that the wicked and lazy servant didn’t forget where he had hidden his master’s talent. Instead, the servant hides the talent out of fear—fear of losing it; perhaps, fear of not earning enough interest; perhaps, fear that he would not invest to his master’s satisfaction. Because this servant hid his talent, he paid a high price.

That wicked and lazy servant provides a powerful example: “You do not hide your talent.”

The master delivered goods to servants. Well-to-do landowners often went on long trips with business. There is absolutely nothing unusual about his giving his servants money; when a landowner went on a long trip, he would entrust his financial affairs to capable accountants, either free or slave.

The talents the master entrusts to his servants are a considerable sum. Several scholars believe that one talent was worth about 20 years for the average worker in Jesus’ day; that is far from inconsequential.

Notice that the master distributed his talents to each one, “according to his own ability.” The master had made forethought in what he gave each of his servants. Each servant, therefore, should have been capable to use what had been entrusted to him.

The English word “talent,” by the way, comes from this passage.

The first two servants went and doubled their investment. That was not at all uncommon. Most people had no sort of capital to invest; those who did could really make money by charging exorbitant interest. No, the Jews were not to charge one another interest (Ex 22:25); however, they were permitted to charge Gentiles interest (Deut 23:20).

The man who received one talent went and hid it in the ground.

We’ve look at this one talented man in the wrong way for many years. We talk about the fact that he did not have as much as the other two. That is, of course, true. And, we cannot ignore the fact that he was given one talent “according to his own ability.”

However, this man had ability. He was given no small sum of money; a talent was the equivalent of 20 years wages for the average worker. If you were to take the average salary for workers in Botetourt County at the last census, this man was given nearly a million dollars to invest.

Instead of attempting to be wise in the use of his trust, this man buried it.

The landowner returned. Travel was difficult in that era; therefore, trips took much longer than today, and even well-laid plans could never give an exact time of arrival.

The first two men bring their doubled investments. They are praised by their master. They are both told to enter the joy of their lord. The term “joy” was often used to mean “an occasion of joy.” The idea is likely that the master is throwing a festival and these two servants are granted access.

The third servant comes and readily admits to having buried his talent. This servant has his actions neatly rationalized. The problem, of course, is that he rationalizes his actions instead of doing what his master says.

People come to the Bible the same way. The sermon I preached a few weeks ago about the role of women is on my website. A woman wrote me and said, “That’s a part of the Bible I cannot accept.” Right there is her problem: “I cannot accept.” Truth is truth whether we accept it or not. We can rationalize all we want, but it will never change the will of God!

Even if the wicked servant had put the money in the bank, at least it would have gained some interest. Putting it in the ground was the epitome of laziness; the servant did not need to do a thing.

Therefore, he was judged and thrown into the outer darkness where there is weeping and gnashing of teeth.

As you read this parable, you come away with the unmistakable conclusion: “You do not hide your talent.” Therefore:

You find out what your talent is.

In this parable, the three men had absolutely no issue knowing what their talents were; they were given their talents from their master.

In 1 Corinthians 12, Paul lays down the concept of everyone having different gifts, but he does so in a context of miraculous gifts. I don’t think I need to spend a great deal of time this morning explaining why those gifts are no longer available.

There are two lists where non-miraculous gifts are clearly in view.

Don’t let the gift of “prophecy” throw you off. That’s the only gift mentioned in this text that would be miraculous. Every other gift there is non-miraculous.

What gifts do you have? What talents has the Lord given you? Sometimes I hear people say, “I can’t do that.” How do you know? Have you tried? I really do believe we need to try something before we say we can’t do it.

Read Ephesians 4 and Romans 12 and do a careful inventory of your heart. What talents God mentions in those two texts might you have? What gifts would you be willing to hone for use in the church here?

You need to use your talent.

The man who had the one talent did nothing with it.

I often wonder how many people are going to be surprised at judgment. You know many will be. In the Sermon on the Mount, Jesus talked about those who performed miracles in His name who were denied entrance to heaven (Matt 7:21-23). There are people who are sincere and want to do the right thing, yet when you examine Scripture, they cannot be right before God.

However, I sometimes wonder how many among us will be surprised on Judgment Day. Who among us may be told “Depart from Me, I never knew you?” How many of us might here those haunting words because we have buried our talents?

What are you doing with the talent you have? Have you buried it out in the field, or are you using it?

Develop a plan for implementing your talent in the service of God. What can you do to honor God through the use of your talent? Do you need to see one of us to get “plugged in” and be active in the work of the Lord?

God expects His people to be active in His vineyard. “My beloved brethren, be steadfast, immovable, always abounding in the work of the Lord, knowing that your labor is not in vain in the Lord” (1 Cor 15:58). “Let us not grow weary while doing good, for in due season we shall reap if we do not lose heart” (Gal 6:9). How will you abound in the work of the Lord?

You cannot be lazy.

The servant who buried his master’s talent in the ground was described as lazy. He didn’t want to loan that talent so that he might double his master’s investment; he didn’t even want to walk down to the bank and put it in savings. Even a little thing—putting the money in the bank—was too much for him.

There are people who, for whatever reason, believe they can bring half-hearted or lazy service to the Lord. I’ve heard people say, “I just couldn’t get up that early to be at church.” Jesus left heaven and died for your sins, but you can’t get out of bed to honor Him?! I know that some of you cannot drive at night or sitting through two services is too much; I’m not talking to you. But, some people want to make excuses instead of serving God. I’ve sat through sermons and classes that were barely prepared; I’ve heard prayers from hearts not cultivated; I’ve seen people come to be baptized when someone scared them out of hell instead of making a disciple. I’ve seen people not return on Sunday evening because a ball game is on; I’ve seen people miss church work days because it was too much trouble; I’ve seen people not follow through on promises because it was too much work.

We dare not be lazy in our service to God. “The way of the lazy man is like a hedge of thorns, But the way of the upright is a highway” (Prov 15:19). “We hear that there are some who walk among you in a disorderly manner, not working at all, but are busybodies” (2 Thess 3:11).

Make a commitment to spend at least one hour this week in service to God. You can come to Monday Night for the Master or you can do some other service. Carry through by spending at least an hour in service to God one way or another—visit the sick, prepare food for the needy, rake the leaves of someone who cannot do that for himself.

How will you serve the Lord? Are you serving Him with your all?