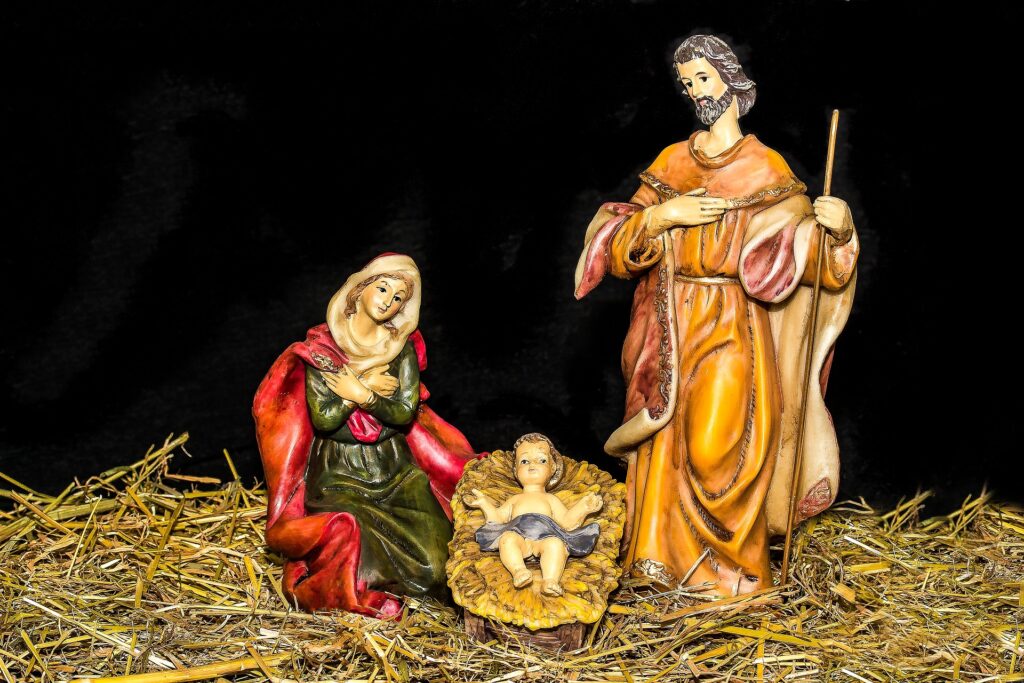 Glimpses of the Christ Child

In a very real sense, the New Testament contains Jesus’ baby pictures. Four times in his young life, our Lord came into contact with individuals who would never be the same. These pictures allow us a glimpse of the young child.

Wise men from the East came to worship the Christ child. These wise men were likely from Persia; they were likely emissaries from one or more nations. These were the scientists and astronomers of the first century. These men had seen Jesus’ star in the East. Exactly how they knew to follow this star to find the Christ child we are not told. Yet, somehow they knew the King of Israel had been born.

The wise men went to the house where Jesus’ family lived, Matthew 2:11. When they came into the house, they worshiped Jesus. Even though Jesus was a small child, the wise men knew he deserved praise.

Throughout his life on this earth, Jesus was worshiped. After Jesus walked on the water, his disciples worshiped him, saying, “Truly You are the Son of God” (Matt 14:33). The women who found the empty tomb worshiped the Lord (Matt 28:9). When the disciples saw Jesus after the resurrection, they worshiped him (Matt 28:17).

The Greek term for “worship” has an interesting etymology. The term literally means to kiss toward someone. The ancient Oriental custom of salutation included kissing. When the individuals were of equal rank, they would kiss on the lips. When the difference of rank was slight, they kissed each other on the cheeks. However, when one was much inferior, he fell on his knees and touched his forehead to the ground while he threw kisses to his superior. This final meaning stands behind the New Testament usage of “worship.” “Worship” is where one prostrates himself before Deity and exclaims, “You are greater than I.”

Because Jesus is greater than we, he still deserves our praise. At the name of Jesus, every knee shall bow in heaven, of those on earth, and of those under the earth (Phil. 2:10). When Jesus was brought into the world, God said, “Let all the angels of God worship Him” (Heb. 1:6). If angelic beings who are higher than we need to worship Jesus, surely we do.

Are you giving Jesus the praise he deserves?

Shepherds were about like tax collectors. They were looked down upon and considered “sinners.” Yet, an angel appeared to them and gave them value.

The shepherds shared their experience. They made known the saying told them about the child, Luke 2:17. Those who heard the shepherds marveled at what they were told, Luke 2:18.

Just like the shepherds, we need to make known what has been told us about the Christ. On one occasion the Lord told Paul, “Do not be afraid, but speak, and do not keep silent” (Acts 18:9). Too many times we keep silent–we never speak to the co-worker, to the friend, to the relative. If we are to be God’s people, we must share what we’ve been told. “Whoever confesses that Jesus is the Son of God, God abides in him, and he in God” (1 Jn. 4:15). Do we confess Jesus with our lives? Do we bear testimony that he is the Son of God?

Simeon came into contact with Jesus. Simeon was a just and devout man who had the Holy Spirit, Luke 2:25. God had revealed to Simeon that he would not die until he had seen the Christ, Luke 2:26. Simeon entered the temple and took Jesus into his arms, Luke 2:28-32. Simeon referred to Jesus as:

The name Anna means “gracious,” and this lady seems to have been especially gracious. She had lived with a husband for seven years before he died, verse 36. She was a widow of 84 years, verse 37. She stayed in the temple and served God with fastings and prayers night and day, verse 37. When Anna saw the Christ, she gave thanks to the Lord, verse 37.

Are you thankful? God expects us to be thankful. We are to abound in faith with thanksgiving (Col. 2:7). “Be thankful” (Col. 3:15). Are you thankful for what God has done?