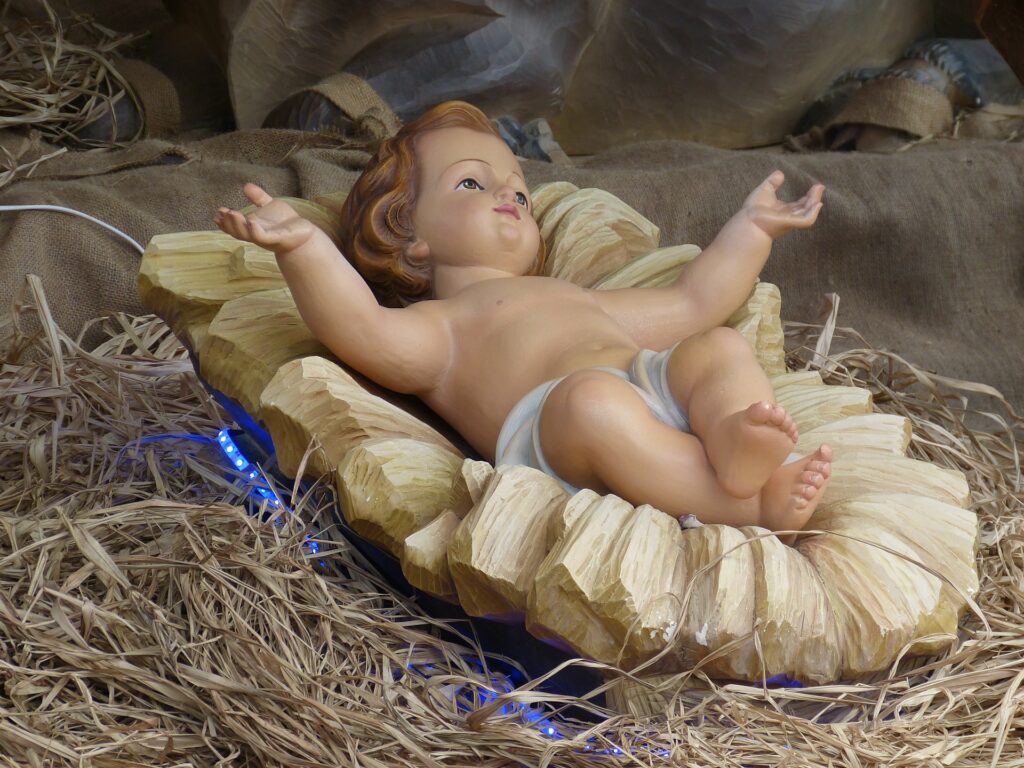 And the Word Became Flesh

Jesus, although he was God, became a man. “And the Word became flesh and dwelt among us, and we have seen his glory, glory as of the only Son from the Father, full of grace and truth” (Jn 1:14). “Dwelt among us” is the Greek word for “tabernacled.” The idea seems to be that just as God “tabernacled” with the Israelites in the Old Testament, Jesus tabernacled with men in the New Testament (cf. Ex. 40:34-35).

The early church wrestled with how Jesus could be God and man at the same time. Many ideas espoused by certain Christians in the early church were heretical and have been disavowed by Christians for centuries. Today, I don’t want us to get bogged down in the theological controversies of the early church. Instead, let us think about why the Incarnation took place:

The Incarnation Took Place So Jesus Could Redeem Man

Jesus could never die without become a man. God is eternal and does not die (Rev. 4:8). Thus, for Jesus to be able to suffer and to die, he had to become flesh.

The Incarnation Took Place So Jesus Could Be a High Priest

Jesus serves in many respects as the Aaronic high priests did. They would offer sacrifice for the sins of the people (Lev. 16:15-16). Jesus differs from the Old Testament high priests in some significant ways:

The Incarnation Took Place So Jesus Could Reveal God to Man

God revealed much about himself to the Israelites.

There is much about God we learn from the Old Testament: e.g., we learn that he hates sin, that he is holy, that he is just, and that he is powerful.

Yet, in Jesus we see God in action.

We see how God would interact with individuals one on one. We see his love and compassion – not as a voice to Moses saying, “I love my people”, but as a Person who weeps when those around him hurt. We don’t just see God speaking through a prophet in Jesus, but since Jesus himself is divine, we have in Jesus God speaking directly for himself.

The Incarnation Took Place So Jesus Could Be Exalted

Precisely because Jesus was willing to become a man and die in our place God has given him the most exalted position he could give. Because of Jesus’ exaltation, worship is due him (Mt. 28:9; Heb. 1:6). We have come this morning to read from Scripture, to sing, to pray, to partake of the Lord’s Supper, and to give of our means in honor of Christ, a living and exalted Lord. Let us, my brethren, lift our voices high that we might honor Jesus!

Jesus has provided us an example of what a holy life should look like (1 Pet. 2:21). From Jesus we can learn how to be holy people and how to abandon our sin. Let us follow the example of Jesus that we might be better people!

The Incarnation Took Place So Jesus Could be a Fair Judge

God, out of his righteousness and justice, would judge all men appropriately, anyway. But, Jesus has come to this world as a man, and he will judge us accordingly. There’s not going to be anyone on Judgment Day who can say, “Wait a minute, Jesus. You don’t know what it was like to be tempted, to have people angry because you tried to do right, or to face unimaginable struggles.”

Are you ready to stand before Jesus in judgment?